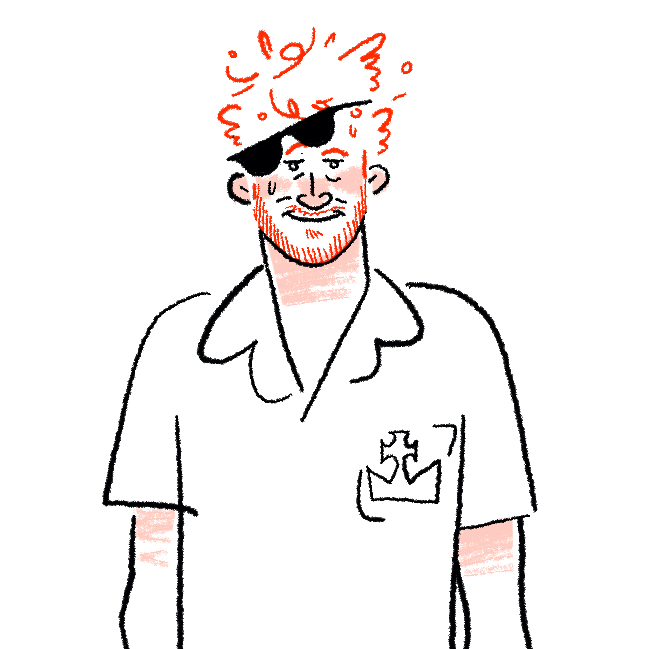 Tuesday
I say! First day in the City of Angels and really, the whole place is simply marvelous. The sunshine pours down like rain!

Wednesday
Frightfully happy with the new palace. Slightly smaller than one is used to, but it has a pool with a view, just like one’s idol, BoJack Horseman. And M is teaching Archie to call one “brah.” Smashing!

Thursday
Bit of a fright this a.m. while walking the estate, beating the hedges for grouse. There was a beastly man with a camera, peering over the gate! One thought we moved here because there were no paparazzi in Los Angeles? But M assured one he was probably just a lost tourist, looking for someone frightfully common, like Ben Affleck.

Friday
Awfully exciting day, first jaunt out and about “incognito,” to throw those ghastly tourists off the scent. Only sour note was stopping for tea and getting some unspeakable rubbish — a cold drink in a plastic cup! Apparently when the British invented America, we forgot to leave instructions for operating a teapot.

Saturday
Archie having a bit of culture shock adjusting to the new surroundings, one fears. Doesn’t yet understand why he’s not related to the people on the money.

Sunday
What the devil! Turns out those contraptions hovering over the palace are not, as one assumed, fans to keep one refreshed. In fact, some may even have cameras aboard. Dash those nosy tourists!

Monday
Bit of a bother getting out of bed this am, as one might have overdone it in the sun. M teasing that one looks like a burned gingerbread man. And even more of those bloody flying fans today! Still, chin up. M pledges that when she gets her motion picture career back up and running, we’ll be just like everyone else in Los Angeles, and the tourists will leave one alone

The Trailblazers: Misty Copeland & Calvin Royal III
Recommended for You
City Life
Anna Delvey: “Regret is a useless feeling”
Feature
Peter Pulitzer and the Divorce that Rocked Palm Beach
Feature
Charm, Teeth, and Tan: How George Hamilton Made it in Palm Beach