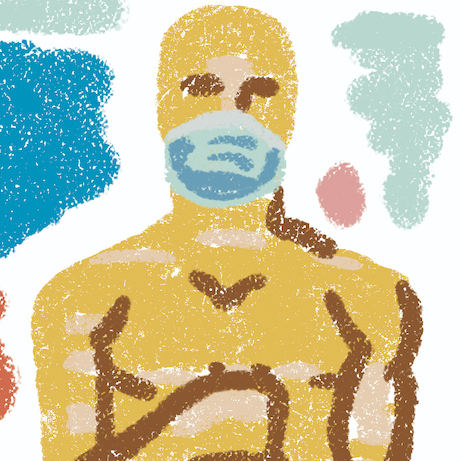 The Oscar Noms are Here. How Will Studios Handle Remote Campaigning?
Culture

The Oscar Noms are Here. How Will Studios Handle Remote Campaigning?

Not only is winter weather almost unknown in Los Angeles, its name barely appears on the calendar. Real Angelenos know the four seasons in their city are spring, summer, fall, and awards.

In a city acutely attuned to status and hierarchy, awards voters occupy a unique position of leverage. These sometimes motley members of trade associations pass unnoticed for most of the year. But in the industry prize–giving months, suddenly every studio chief wants to shake their hand and make the case why their director, star, or film deserves to clutch the biggest prize of all, an Academy Award.

Except this year, of course. Not only have the Oscars been delayed until April 25, the latest date since the ceremony was first broadcast on television in 1953, but the gravy train to get there has been derailed — eliminating many of the perks that have made being an awards voter so attractive.

“Historically, it’s very similar to political campaigning,” says Stu Zakim, who is both an Academy member and a longtime publicist for awards campaigns. “It’s about pressing the flesh with the voters.”

While every group has different rules about accepting largesse from awards hopefuls, the Academy of Motion Picture Arts and Sciences is among the strictest. Now that even free screener DVDs have gone away — it’s almost all streaming links, these days — the main perk for Academy members was being invited to meet the top tier talent who were lobbying for prizes.

“No matter how long you have been in the business, you’re still starstruck once in a while,” says Zakim. The appeal was “being able to have that face-to-face conversation with [someone like] Martin Scorsese, or better yet the meals, where we are all at the table with the screenwriter, the director, and the talent — and their only agenda was to convince us to vote for their movie.”

But this year, all campaigning is remote — which some believe will level the playing field between big studios and independent filmmakers.

“I think that smaller films will benefit,” says Darin Pfeiffer, a New York–based awards consultant. “Pre-virus, it could cost half a million dollars or more for a campaign. The postage and shipping of DVDs alone was a couple hundred thousand. Then there’s the ‘for your consideration’ ads, and a lunch at whatever restaurant was at least $25,000 to $30,000.”

But while many will be cheering for the underdogs this campaign season, some voters are still wistful for the way it used to be done.

“It’s sad that this year it’s gone to ‘Here’s the link, and here’s when we’re doing a Zoom call with the talent,’” says Zakim. “I mean, really?”