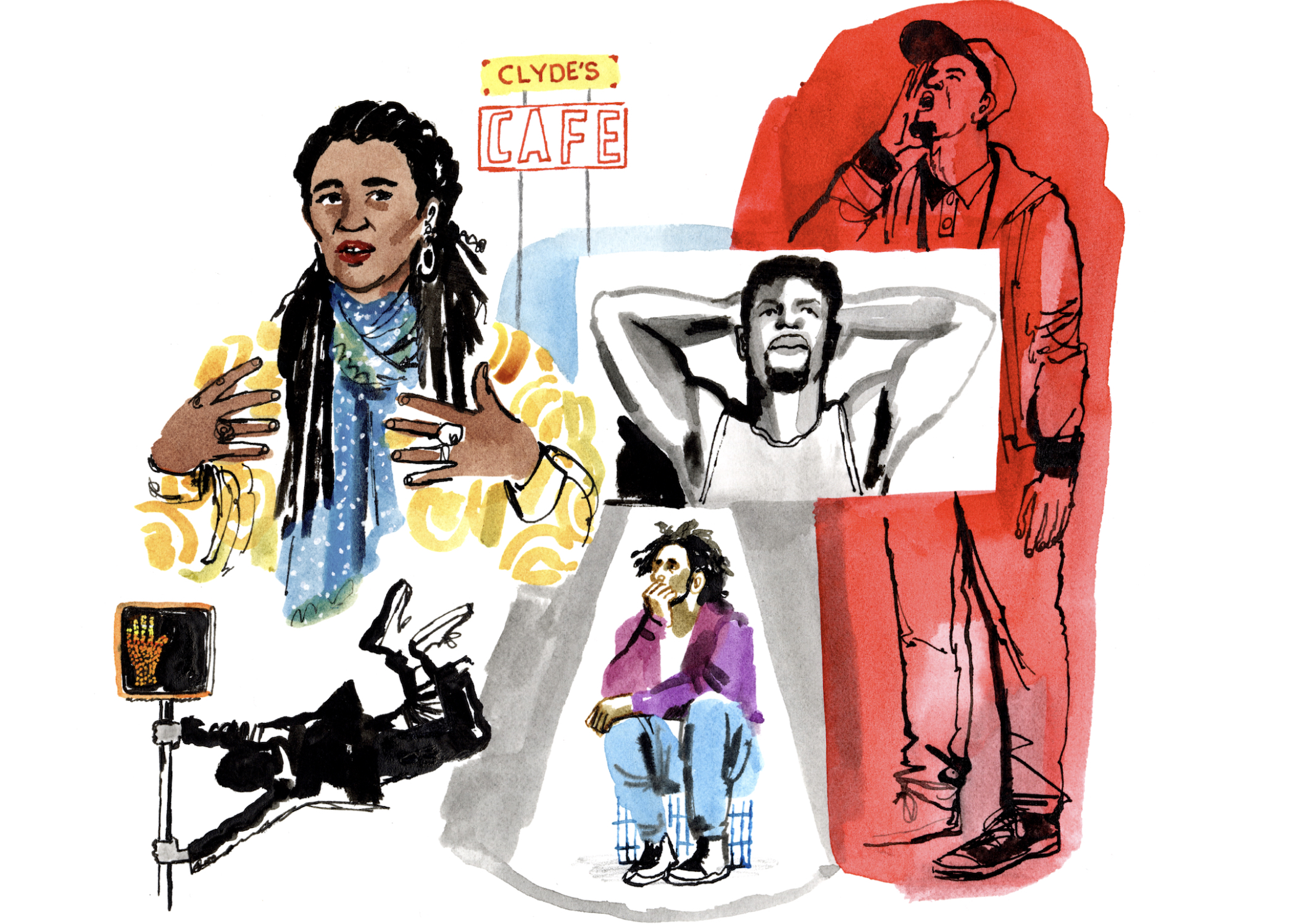 Opportunities on Broadway for Black cultural producers have historically been as rare as parking spots in Midtown. But in a sign that the world’s most famous theater district may be shedding its reputation as the Great White Way, all six new plays opening on Broadway this fall are by Black writers.

Among the reparative offerings are Antoinette Chinonye Nwandu’s Broadway debut, Pass Over, opening September 12 at the August Wilson Theatre; Clyde’s, a new play by two-time Pulitzer Prize winner Lynn Nottage, opening November 3 at Second Stage; and Keenan Scott II’s widely anticipated Thoughts of a Colored Man, which opens October 1 at the Golden Theater and arrives as the first play in Broadway history to be written, directed, starring, and lead-produced by Black artists.

“It’s a real flag on the moon moment,” says Steve H. Broadnax III, the play’s director. “This is what the way forward looks like. Given the political climate we’re in right now, being able to make my debut as a Black male on Broadway with a play that shows the vibrant spectrum of who we are as human beings means the world to me.”

While TOACM, which blends spoken word, slam poetry, and rhythm in its psychological vivisection of seven men, is unsparing in its depiction of being a Black man in America, Broadnax hopes says that it offers a multifaceted picture of its protagonists. “Yes, there is undeniably pain and trauma,” he explains, “but our larger assignment is to show the full complexity of Black men beyond what we see in the media. You know, from Sadness to Passion and Happiness — and these are the characters’ names by the way.”

While the nomenclature may remind some cynics of the seven dwarves, to unadulterated theater lovers who have been starved of talent the show’s distinctive golden marquee on 45th Street is a much-needed augury of hope. “After what we had all gone through in 2020,” Broadnax says, recalling the first time he saw it, “it was like a ray of light.”