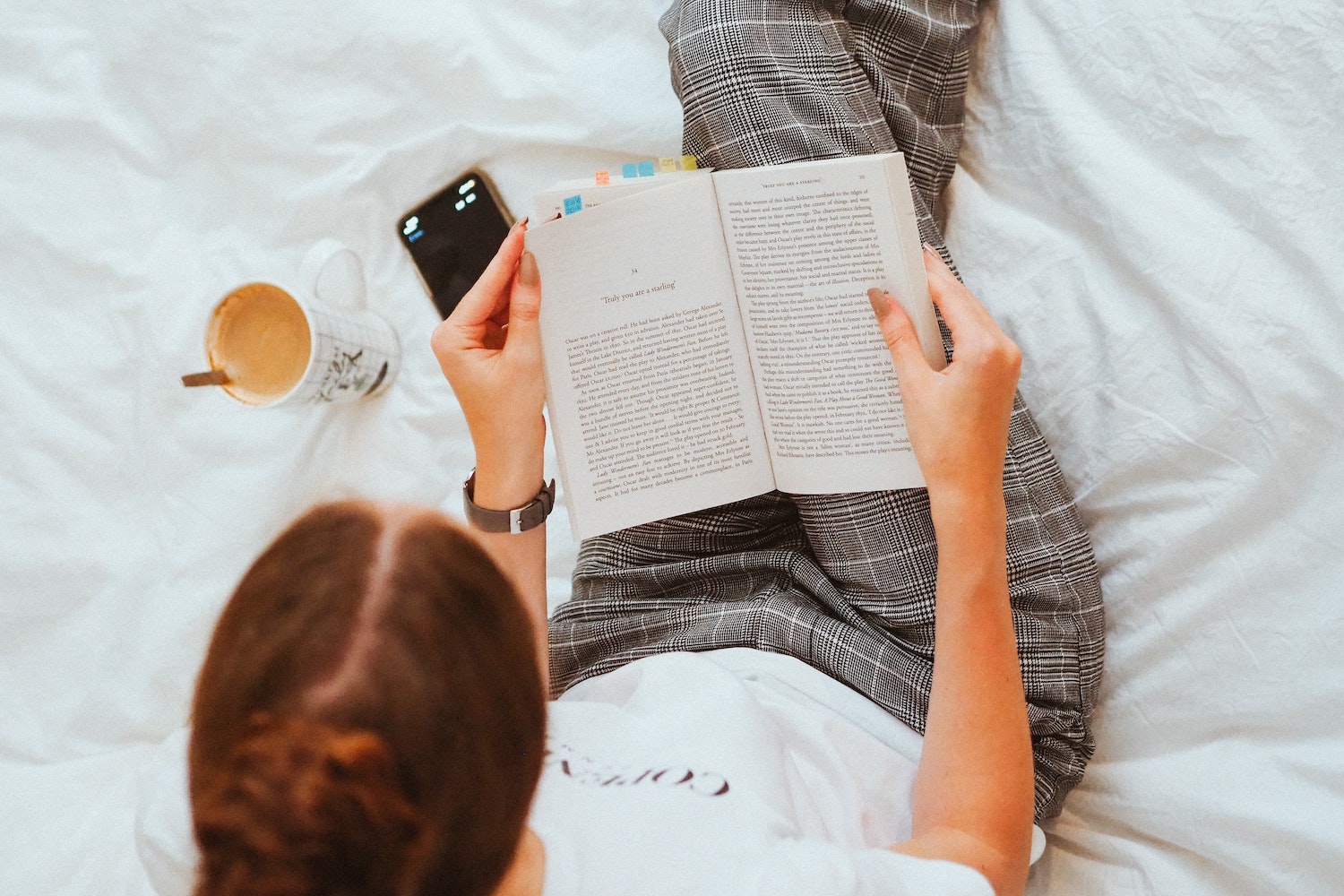 Photo by Laura Chouette, via Unsplash

The year in literature is starting off strong with a slew of new releases. From poetry, to biographies, to a collection of obituaries, what ties these books together is their focus on character.

With anecdotes such as “At age 13 [Ultra Violet] escaped by bicycle, with no underwear, and went to the nearest cafe to drink her first whiskey, smoke a cigar and read the financial newspaper,” one might easily mistake Adrian Dannatt’s Doomed and Famous for a book of short stories. Instead, overflowing with accomplished, eccentric characters — some tragic, some merely obscure — it’s a collection of obituaries written by the English journalist over the past 25 years in a style that combines Evelyn Waugh with the Andy Warhol Diaries.

Gallows humor abounds, including the postage stamp–sized woodcuts by the British artist and writer Hugo Guinness that pepper this beautifully published edition: the image of a drowning man, for instance, is tucked into the pages of the piece about artist Ray Johnson, who died when he jumped off a bridge in Sag Harbor. In the tradition of the best British obituaries, a reader is left either laughing or weeping but always completely engrossed.

Coinciding with the launch of Doomed and Famous, the Miguel Abreu Gallery in Manhattan will show dozens of objets d’art and curios from the author’s personal collection — a drawing by Princess Charlotte Bonaparte, a bootleg tape of Nine Inch Nails — as idiosyncratic and provocative as the characters in Dannatt’s book.

The Pulitzer Prize winner Yusef Komunyakaa again demonstrates why he is a giant of American poetry with his latest work, Everyday Mojo Songs of Earth: New and Selected Poems, 2001–2021.

The new poems in this collection offer arresting, majestic visuals of scenes set in times both ancient and modern, both heavily epic and seemingly trivial — through primordial Ethiopian grass plains to the dimly lit corner of a New Jersey lounge. This Louisiana native and Vietnam veteran also reintroduces us to some of his best poems from previous collections, including Talking Dirty to the Gods, Taboo, and The Emperor of Water Clocks, among others.

Everyday Mojo Songs of Earth demonstrates Komunyakaa’s skill in using words to paint scenes not only with great emotional insight but a researched and understated worldliness as well, threading connections originally unseen and piecing together verses that come alive whether they are read silently alone or recited aloud in front of a crowd. Be it childhood or aging, suffering or joy, race, belief, fear or love, Komunyakaa finds a way to make what he writes about both solidly personal as well as universal.

It’s impossible to imagine the entertainment industry today without the touch of Mike Nichols. From his first footsteps onto a stage in the ’50s as a novice comedian to his passing in 2014 as one of the few in history to have achieved EGOT status, Nichols’s astronomical rise to prominence over the latter half of the 20th century is also the story of American film and theater’s coming of age.

Mark Harris has penned the ultimate account of Nichols’s life. For older readers, it serves as an encyclopedic memorialization of his work, offering behind-the-scenes looks at movies, television, and plays that have helped mold the modern American psyche — The Graduate, Death of a Salesman, and Angels in America, to name a few.

For younger readers, it’s an introduction to a man who served as a thread connecting generations of entertainers, from New York and Chicago to Hollywood and London, and beyond.

Harris builds this biography on interviews with hundreds of the most celebrated industry personalities of the past 50 years, including the likes of Meryl Streep, Whoopi Goldberg, and Dustin Hoffman. Harris does not shy away from detailing Nichols’s episodes of both strength and vulnerability, and paints a picture of a man who, behind all the accolades and the legendary status, was simply someone who knew how to do what he loved.

From the bestselling, multi-award-winning author of 16 novels William Boyd comes a darkly hilarious novel of style and rapier wit, set on a film shoot in rollicking 1968 Brighton, the down-at-heel seaside resort on the south coast of England.

The trio of the title are creatively blocked alcoholic novelist Elfrida Wing, who cannot shake her grim obsession with the suicide of Virginia Woolf, a writer she does not like but to whom she has been compared; Talbot Kydd, a closeted film producer; and Anny Viklund, the beautiful drug-abusing star of the film — directed by Wing’s husband — who is divorced from a leftist American conspiracist being tracked by the FBI and is secretly sleeping with her costar, a twenty-something, hormonally driven young man who can’t get enough of Anny.

Fast-paced and expertly written, Trio is a brilliant comedy of manners that dances back and forth between the complicated inner and outer lives of its characters, all of whom teeter on the brink of authenticity — no one is quite who or what they say they are, right down to their names and histories. The result is a story that instantly pulled this reader in and kept her there, delighted by Boyd’s ingenuity, sophistication, and unforgettable characters.

In this well-wrought biography of one of England’s most celebrated authors of both fiction and nonfiction, Selina Hastings’s Sybille Bedford: A Life is a work the likes of which arrive on the biographical scene only rarely, destined to become foundational.

The German-born Bedford, who died in 2006 at the age of 94, lived a life devoted to her work, travel, and anti-fascist politics (“The catastrophe of my life was the arrival of Hitler,” she wrote). She enjoyed countless affairs with women; wine; and her friends, among them Aldous Huxley, Rebecca West, Graham Greene, and Julia Child, the latter of whom she described as “the dear, unflappable, slightly clumsy St Bernard she looks…”

In this copiously noted literary explication of a life well-lived, Hastings is, at once, consummate storyteller and astute literary anthropologist, unpacking and interpreting her subject’s passions and predilections against a backdrop of literature; war and fascism; food; friendships both true and not; joy, and the encroachment of age, which did not slow Bedford down, until it did. Riveting.