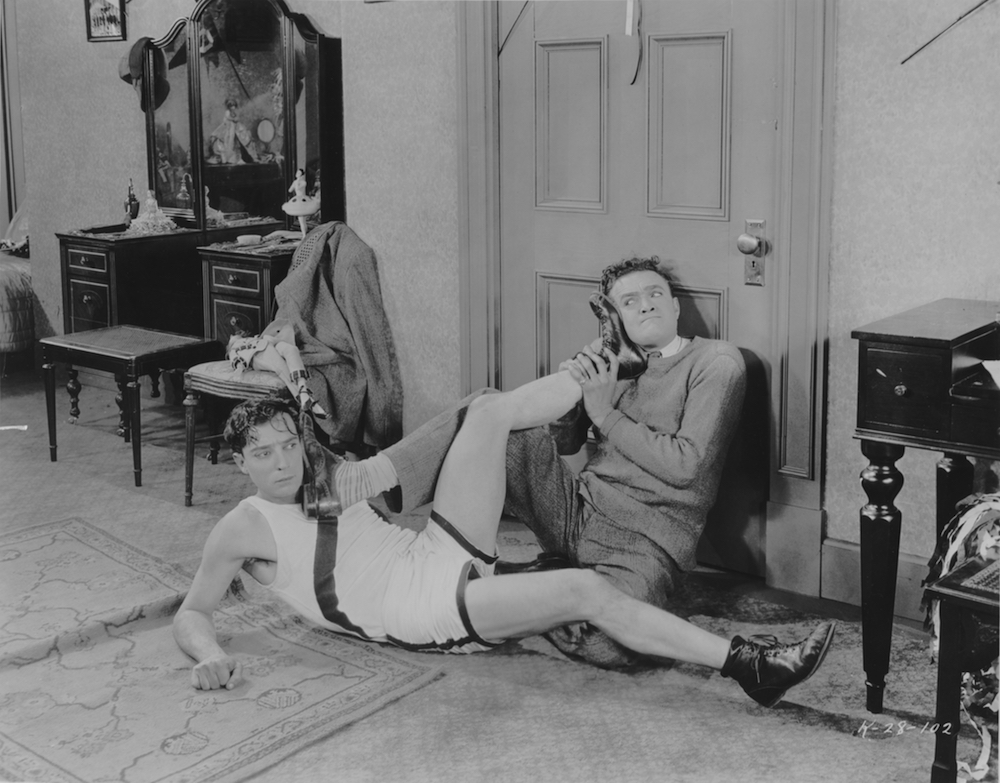 Why Restoring Old Films Requires a Love of the Hunt
Culture

Why Restoring Old Films Requires a Love of the Hunt

FALLING FOR IT Buster Keaton and Harold Goodwin in 'College' (1927), directed by James W. Horne and Keaton
Photo courtesy of Cohen Media

Time is rarely kind, but in the case of old movies, it can be downright destructive. “I think something like 75- 80% of silent era films are just completely lost. The material is gone,” explains Tim Lanza, VP and archivist at the Cohen Film Collection, which owns Buster Keaton’s body of work.

Lanza has been with the collection for nearly 30 years, but it wasn’t until it was purchased by Charles Cohen in 2011 that resources were finally made available to restore the films. Since then, they’ve been able to partner with organizations such as the Cineteca di Bologna to expand their restoration capabilities — including tracking down long-lost footage. “The big thing is trying to hunt down good quality materials,” he explains. “It is detective work.”

For example, up until recently the version of one of Keaton’s most famous films, Sherlock Jr., was incomplete. “The version that’s been commonly available has always been missing this one sequence. And it’s very obvious that it’s missing. It’s a trick pool shot. You see the setup. Then there’s a cut and you see this other character reacting, but you never get to see the shot!”

With help from the Cineteca di Bologna, Lanza was able to scour the globe for a usable version of the missing sequence. He found it in a 35mm Danish print. With a little bit of restoration magic, Sherlock Jr. is whole again.

Thanks to Lanza’s work, the Keaton films are available to the public as they haven’t been before, via theatrical releases, DVDs, and streaming services.

“[When silent films are] presented in nice looking versions, often with a great orchestral score, it helps people get over that stigma of watching a black and white, scratchy old movie,” he says. “Keaton is timeless. He’s probably the most modern of the silent comedians. And given the opportunity to see something that’s visually a good experience I think helps get over that.”