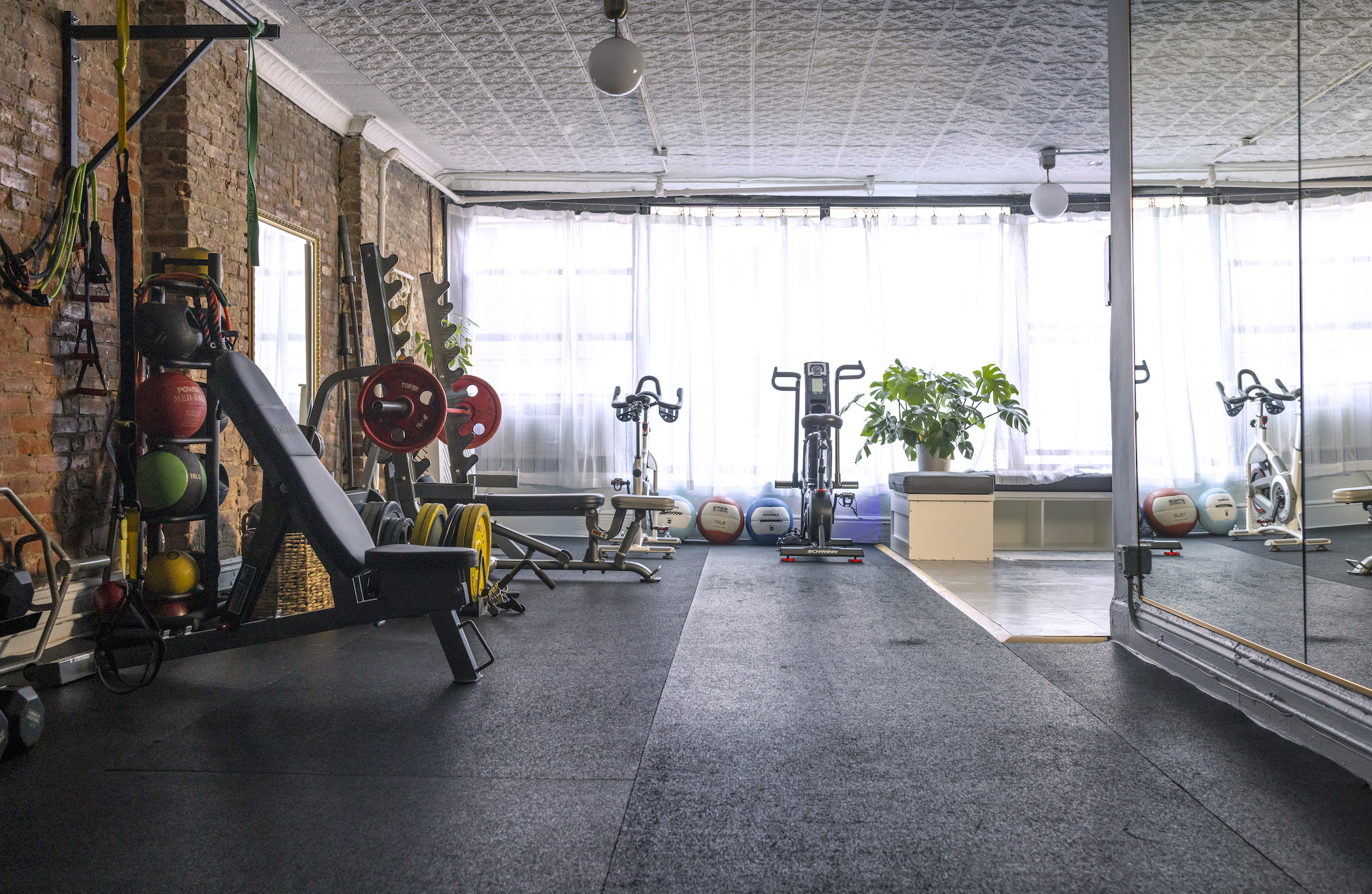 This summer, Avenue is exploring the best of New York’s spa offerings. Click here to read more from this series — because if you can relax here, you can relax anywhere.

Working out in loft-like spaces tucked into residential Manhattan neighborhoods has become a genre unto itself. But few are as intimate as Oleon House, a newly opened private wellness studio helmed by Carlos Leon and Menna Olvera.

If the former name sounds familiar, that’s likely because Leon once upon a time dated Madonna and the two share a daughter, Lourdes (who happens to work out with her dad three times a week). But who among us hasn’t romanced a pop culture icon? Should that define us 20 years later?

In the interim, Leon, an actor and a personal trainer, has deepened his expertise to the point of profundity and joined forces with Olvera, a functional medicine coach and integrative health practitioner. Oleon House is like a luxurious fitness mullet: business in the front, party in the back. A visit includes a very personal interview with both Leon and Olvera, followed by 30 minutes of intense work with Leon — think battle ropes, assault bikes, and medicine balls — and then 30 minutes of restorative yoga led by Olvera in the peaceful back room. First you sweat in a series of interval training periods, then you lollygag with various bolsters and accessories nestled around you. For those who value privacy and despise the untz-untz club-feel of many gyms, Oleon House is your new fitness oasis.