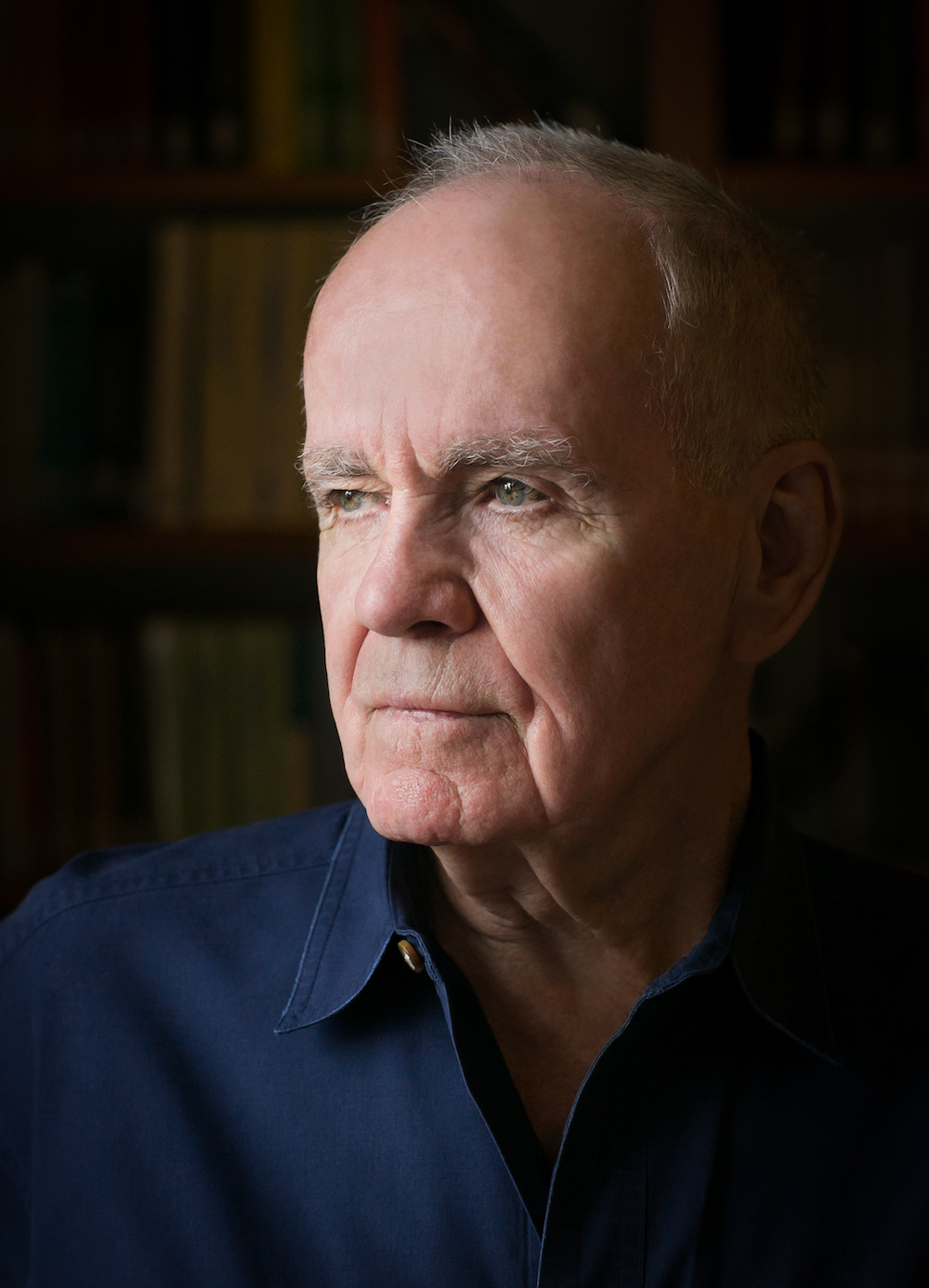 Guilt and grief walk hand in hand in Cormac McCarthy’s long-awaited new novel, The Passenger, and in its companion, Stella Maris, the first published in October, the second in December. The entwined emotions are almost as tightly bound as the two siblings at the frantically, forebodingly beating heart of the story that the two books tell. The brother and sister are Bobby and Alicia Western, and they usher McCarthy back to the top of his game.

Like many McCarthy characters, these two do get around geographically. Death and its sorrows hang over them like Spanish moss in the gothic, Faulknerian South that McCarthy occasionally hefts onstage to underscore corrupted innocence and its aftermath. They both embark on road trips in search of truths that elude them. They expose themselves to cold in wilderness states. History is McCarthy’s reason here. The Westerns’ childhoods were spread all over the map by their physicist father’s scorched-earth affiliation with the Manhattan Project. Its massive, bomb-building compound in Oak Ridge, Tennessee, produced his marriage to a local pageant queen, her extraordinary beauty settling on their genius-IQ daughter like a curse. Alicia’s physical allure is irresistible to many, her brother included. Though, to be fair, he’s obsessed with the entire package, namely an intelligence on the level of the notorious nuclear physicists and world-famous mathematicians whose accomplishments roll off her tongue in Stella Maris, which is her book and the far shorter of the two, while The Passenger is more Bobby’s.

McCarthy has made Stella Maris nothing but Alicia conversing: with a psychiatrist fascinated by her brilliance and concerned about her obvious death wish. Needless to say, she talks circles around the very good doctor with scientific conundrums, higher math, moral brainteasers, and music theory (she is also a violin prodigy). McCarthy, who has strong ties to the Santa Fe Institute near his home base in New Mexico and regularly expresses a preference for scientists over fiction writers, suffuses the lovers’ saga with the theoretical and scientific. Then boils it down to love as all-consuming.

Alicia is equally, and more destructively, hung up on her brother. Stella Maris is a place — a mental institution in backwoods Wisconsin where she is a repeat patient. Diagnosed as schizophrenic, she is visited throughout by hallucinated buddies she calls her “hort” — as in short for cohort — prominent among them the demanding and lethally critical “The Kid,” short for “Thalidomide Kid.” His “flapper” arms are McCarthy at his most grotesque and poignant, shooing Alice away from her brother and precipitously toward a final suicide attempt.

As their world turns, these novels have deep, cloudy, clandestinely raging waters to navigate, and not just because Bobby is by his latest profession a salvage diver. The Tennessee Valley Authority’s government-sanctioned deluge in the 1930s buried the area of Tennessee once farmed by their ancestors. Their grandmother, still puttering around in small-town exile, won’t let them forget what she remembers as a bucolic Arcadia that, in McCarthy’s sparingly lyrical descriptions, harks back to Charles Sheeler’s Precisionist paintings of country Americana. “The chairs had come out of the mountains and were made of ash, the spindles and rails turned on a treadle lathe in a world no longer even imaginable. The seats were woven rush much worn and mended back in places with heavy rough twine.” McCarthy picks his titles as carefully as his stunningly arranged words. Stella maris is Latin for “star of the sea,” or, in the symbol-toting Catholicism McCarthy threads throughout both novels, an ancient name for the Virgin Mary as a female protector or guiding spirit at sea. Bobby traces routes across oceans as he evolves from failed academic-in-training to brawn-for-hire to international race car driver whose record speeds can never outpace the spell his sister casts on him.

In that sense, she’s the passenger, ineluctably a ghost presence by his side. But McCarthy won’t let the larger picture be forgotten. In The Passenger, Bobby is operating out of New Orleans, his latest job as a diver to recover a plane wreck that had been carrying ten people and possibly a mysterious cargo. In archetypal McCarthy fashion — No Country for Old Men, The Crossing — the plane’s black box is missing, and so is the tenth passenger. Violence, another McCarthy staple, has likely been committed. It follows Bobby back onto dryish land, where New Orleans is a moody welter of dive bars and overstuffed famous restaurants. One of Bobby’s best pals soon goes missing, and scary questions pile up, not the least where hoary Cubans command mobster tables in dusky corners, and the 20th-century history McCarthy is writing as a backdrop for his star-crossed love story somersaults into an intricate, alternate reality concerning the JFK assassination. This time McCarthy escorts science onstage for a grim ballistics analysis akin in its complexity to the theoretical physics and advanced mathematics that have been Bobby and Alicia’s playthings, casting one more cloak of darkness over public events that take place in and around their lifetimes. The darkest dark still resides within them, though, and only one of them will survive it. The other will mourn — and take the blame.

The Passenger, by Cormac McCarthy (Knopf) is available online and in stores now. Stella Maris — sold by itself or in a box set with The Passenger — will be available December 6.

Mugrabi Divorce Settled: "She Asked for $100 Million"
Recommended for You
Culture
A Celebrated Artist Makes her Miami Art Basel Debut
Culture
Inside the Guggenheim's Bold Nick Cave Retrospective
Culture
The Life and Times of Bunny Mellon