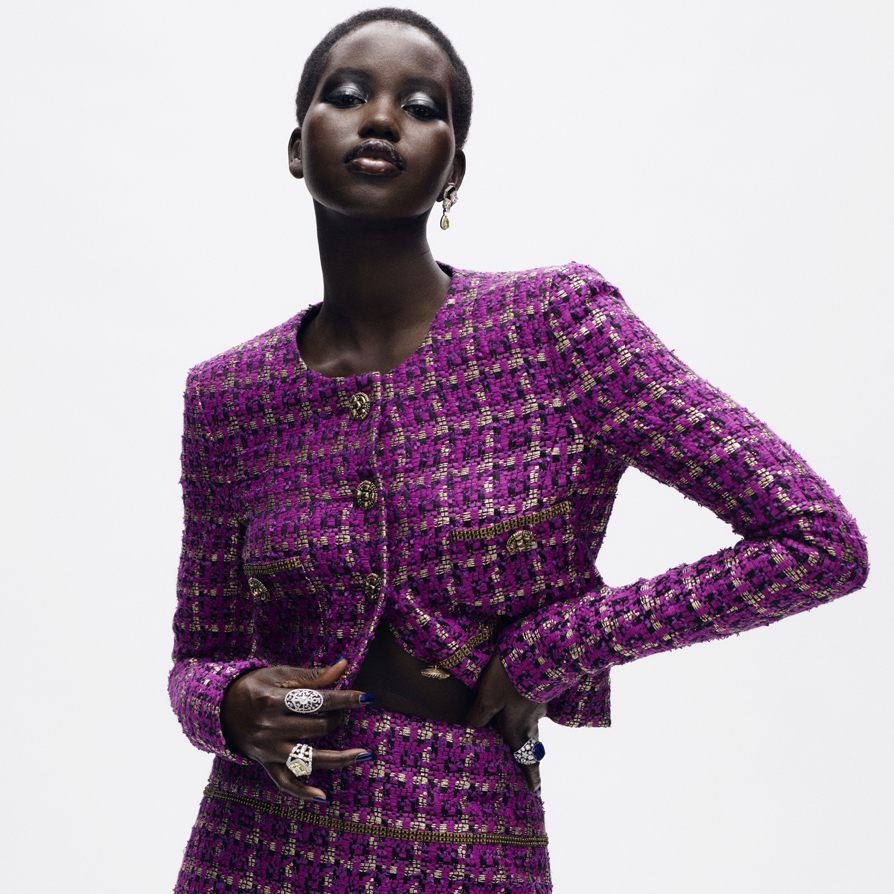 Couture in the Age of Covid
Style

Couture in the Age of Covid

This season, designers got cinematic when presenting their Fall 2020 haute couture collections
By Aria Darcella
Photo courtesy of Chanel

Traditional couture week was canceled last March, at the beginning of the coronavirus outbreak. And so, designers have turned to video to display their wares.

This post will be updated with collections as they are released.

What a tease! Other than a few cinematic shots of sequin appliques and lace (hallmarks of Saab’s aesthetic) customers will have to wait to get a look at his Fall 2020 collection.

Thankfully, designers Viktor Horsting and Rolf Snoeren have retained their sense of humor amid shut downs and social distancing. “There’s a lot to feel angry about, and this garment will communicate exactly that,” the narrator says of a voluminous coat adorned with massive spikes. The duo have always gone big, and this season was no exception.

Germaphobe, but make it fashion! While the body stockings are likely for the video presentation rather than the collection itself, it’s a wonder designers haven’t come up with any couture-grade masks and gloves. At any rate, there are some great outerwear pieces here, for anyone looking to upgrade their fall wardrobes.

With a abbundance of decadence and grace, this is one of Mabille’s strongest couture collections to date. A green column dress with elegant draping at the bust was a particular highlight.

Virginie Viard says she was more inspired by her former mentor, Karl Lagerfeld, than Coco Chanel this season. “I was thinking about a punk princess coming out of ‘Le Palace’ at dawn…with a taffeta dress, big hair, feathers and lots of jewellery,” she explained. “I really had Karl’s world in mind.” The collection doesn’t seem “punk,” per se, but there certainly is a youthful sense of movement.

Rather than producing a full collection, Schiaparelli instead previewed designer Daniel Roseberry’s whimsical illustrations. A gifted designer, Roseberry is seen sketching away in Washington Square Park, while photographs from the Schiaparelli archives help inform some of his references.

This isn’t the first time Sergeenko has looked to the 1940s for inspiration. But through the video presentation format viewers were able to look past her broad-shouldered silhouettes and focus on the collection’s real strength: its intricate details. Meet the atelier team in the first half of the video, or skip to the 3:55 mark to see the completed looks.

“Transmotion” — both the name of Iris van Herpen’s new dress and the short film made to present it — is ethereally beautiful and strangely calming.

Despite the somber tone of the video, Maurizio Galante’s collection is a lot of fun. Galante has a knack for intricate tucks and Fortuny pleating. It’s a shame one can’t truly appreciate the craft work under all that mood lighting.

After World War II, French fashion designers and artists came together to create Théâtre de la Mode, a traveling display of dolls wearing miniature versions of the then-latest fashions. This season Dior referenced the Théâtre by creating doll-sized versions of its Fall couture collection, which appear beside their life-sized counterparts in lavishly produced video. While the production value is impressive, Maria Grazia Churi’s work underwhelms.

Much like Iris van Herpen, Maison Rabih Kayrouz focused on a single dress. But here, the designer highlighted the process of creating the garment from start to finish. The result sees over 200 hours of work condensed into about five minutes. And the final product — a dress made entirely out of ribbons and cord — is stunning.

Tulle! Florals! Rhinestones! Creative director Tamara Ralph herself takes us through her inspirations (the seven wonders of the world, and the cultures of the countries that house them) and her digital design process.

Oliver Theyskens was appointed creative director of Azzaro Couture earlier this year. Sadly, the coronavirus outbreak canceled his runway debut for the house. But this fun music video, starring Belgian singer/songwriter Sylvie Kreusch, did a great job of communicating the mood of his collection, which focused on textiles and tailoring.

Directed by and starring Asia Argento, this short film tells the myth of Electra, who avenged her father by killing her murderous mother. The drama is over-the-top, but unfortunately the collection is underwhelming.

Ruffles are a big part of designer Xuan-Thu Nguyen’s aesthetic. Though she’s somewhat dialed it back this season, layering fabric to create volume is still at the core of her work. This video actually does a lot to highlight the detailed construction of her collection.

If you’ve ever seen a Giambattista Valli couture collection, you’ll know what to expect from him this season: tulle ballgowns, feathers, bows, and lots of pink and red. Valli made a name for himself with this signature aesthetic, and he’s become a master at it. There’s nothing wrong with wanting a little frothy, feminine fun.