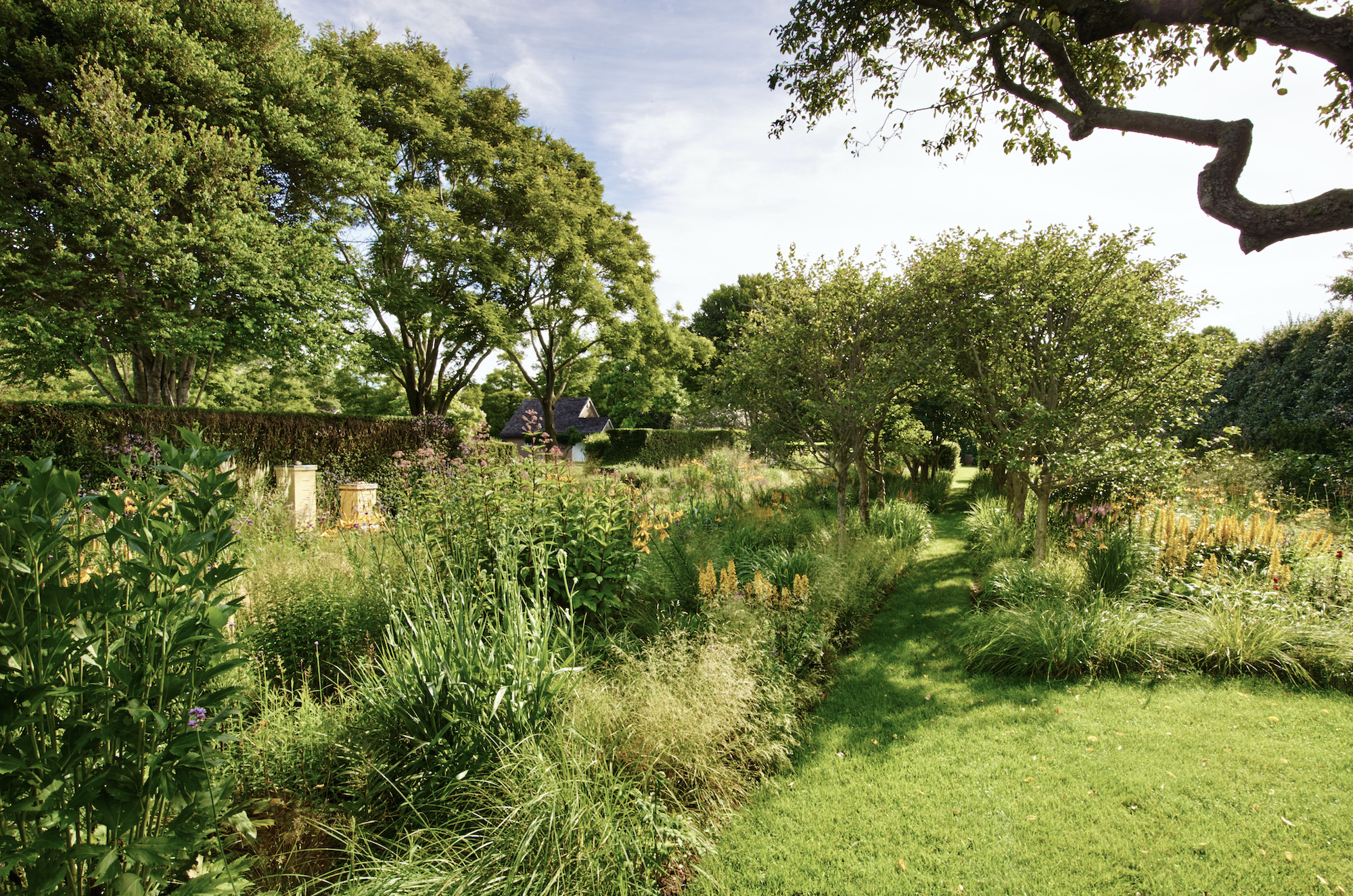 Edwina von Gal of the PRFCT Earth Project is making the Hamotons eco-friendly, one celebrity yard at a time
By Nancy Kane
Photo by Allan Pollok-Morris

When a landscape designer on a mission to save the Earth met a pair of local filmmakers who shared her vision, it was a match made in compost.

East Hampton–based landscape designer Edwina von Gal (who has done the gardens of Calvin Klein, Ina Garten, and artist Cindy Sherman, to name a few) created the PRFCT Earth Project, a mission to encourage homeowners and landscapers to take a natural, toxin-free approach to their yards and gardens.

It was at a town hall meeting on the environment, of all places, that von Gal met Benjamin and Orson Cummings — award-winning filmmakers acclaimed for Killer Bees, their documentary looking at race, income inequality, and gentrification through the lens of the Bridgehampton High School championship basketball team. (The film was produced by Shaquille O’Neal and gallerist Larry Gagosian.)

After hearing von Gal speak, the Brothers Cummings (as they are known professionally) proposed a television program that would spread the word. The result: A PRFCT Place, which will visit homeowners, including some of von Gal’s high-profile clients, and feature horticultural experts, who will demonstrate simple techniques that can make any landscape not only beautiful, but safer for people, pets, and the planet.

“Take clover, for example,” says von Gal, “Clover takes nitrogen from the air and puts it in your lawn, making it naturally greener without the need of fertilizer.”

Episodes will also stress the PRFCT Earth Project’s Ten Commitments, one of which is using native plants that provide food and shelter for insects and birds. Over the years, von Gal’s “Two Thirds for the Birds” initiative has gained the support of Bette Midler and addresses massive bird die-offs. According to the Audubon Society, an estimated three billion North American birds have been lost since the 1970s due to habitat loss in yards where pesticides are prevalent.

“Our landscapes have become food deserts for birds and the insects they need to feed their young,” says von Gal. The idea behind her program is to get people to plant at least two-thirds of their yards with native vegetation to bring them back.

Promising a “not your run-of-the-mill gardening show,” Orson Cummings tells Avenue: “We can do this in a very entertaining way, but we realize the stakes are high. If we don’t make changes to preserve the diversity of all the species in our yards, we face an existential threat for the human race. Edwina is the perfect messenger.”