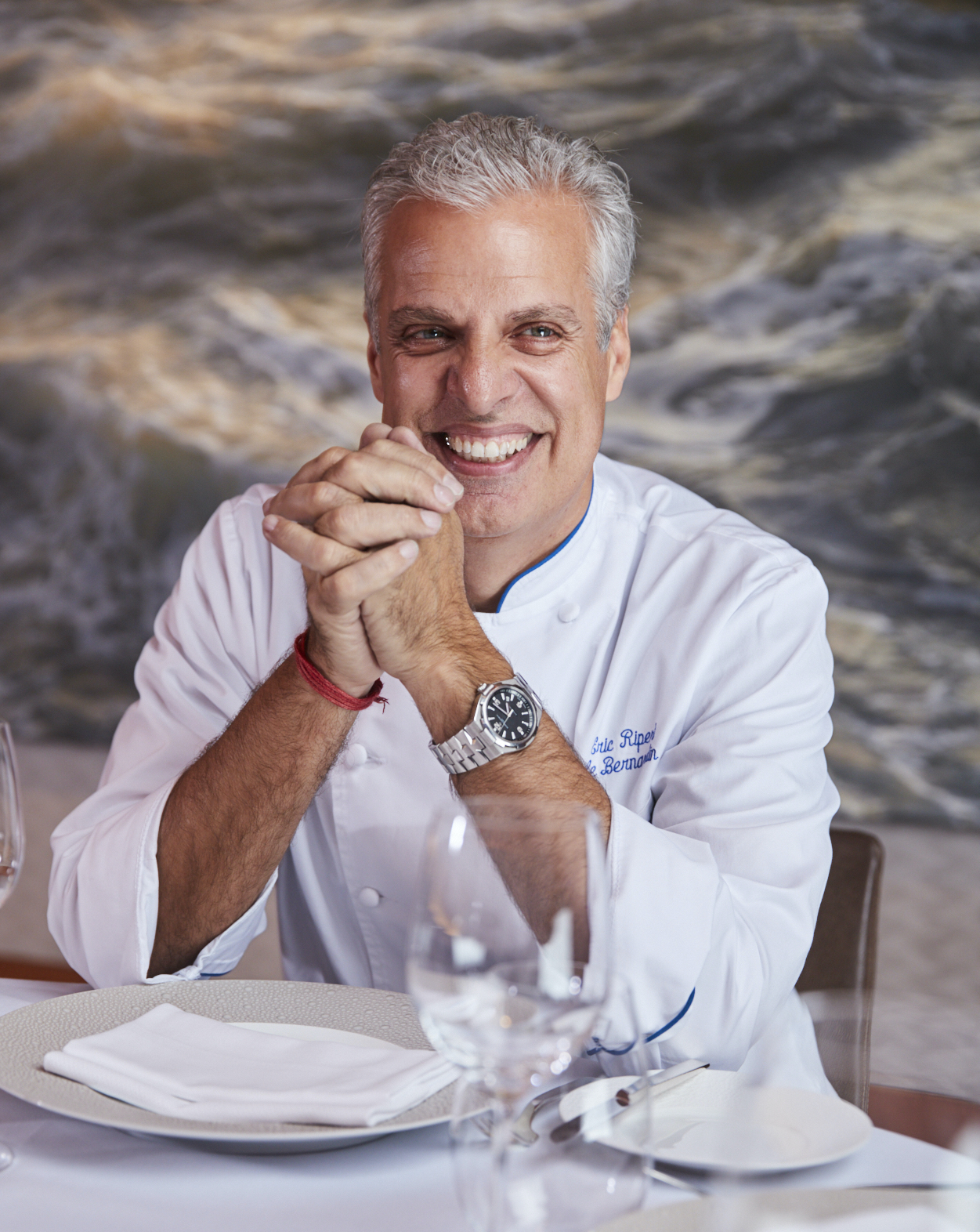 Between Re-Opening His Restaurants and Releasing a Book, Eric Ripert has Been Busy
City Life

Between Re-Opening His Restaurants and Releasing a Book, Eric Ripert has Been Busy

As the unflappable head chef and owner of Le Bernardin, the sprawling seafood restaurant in Midtown that’s arguably the most luxurious fine-dining experience in the city, Eric Ripert is used to firing multiple plates at once. But on a recent afternoon, even he seemed a little overwhelmed.

Ripert was in overdrive, scrambling to reopen indoor dining. Le Bernardin, which has been awarded three Michelin stars every year since the food guide was established in New York in 2005, had been closed due to the pandemic since mid-March.

In addition, he was working to re-open the adjacent Aldo Sohm Wine Bar — which he co-owns with his business partner, Maguy Le Coze, and Sohm, Le Bernardin’s wine master and master sommelier — as well as supporting World Central Kitchen’s initiative, with help from City Harvest, to provide meals for New Yorkers in need. (Since April, he and his staff have prepared and donated approximately 400 meals per day.)

He was also putting the finishing touches on a forthcoming recipe book, Vegetable Simple, his sixth, to be released in spring 2021.

“It’s a lot,” he said, with a soupçon of understatement, “but you have to be adaptive, no? You have no choice if you want to stay relevant.”

Lately, this has meant not only proselytizing on behalf of vegetables (“it’s important for the planet and, despite what some people think, I don’t eat fish every meal”), but also preparing for the new New York. This includes installing new air ventilation and purification technologies, working out new traffic flows in public areas to avoid congestion, and making sure that his staff has the right personal protection equipment.

“As a chef I never thought I would have to learn these things,” he explained. “I’ve always focused on making a great or delicious experience, on creativity, but these new protocols are very important because we want to make sure people feel comfortable and safe.”

Not that it was all masks and HEPA filters on his mind.

“Usually at this time of the year, a lot of black truffles are coming into the market,” he said giddily. “We always do a truffle menu for the holidays, and I think we will keep that tradition this year because, believe me, despite the crisis there’s a lot of demand for pleasure and luxury.”

The size of the tables might be smaller this season, but Ripert is still aiming big.

“It’s a huge responsibility this time around, and we take pleasure in creating a special holiday dinner that people will remember for a long time,” he said.

One ingredient, of course, is not negotiable.

“Wine, lots of wine,” he enthused. “Without good wines, there’s no such a thing as a good dinner.”