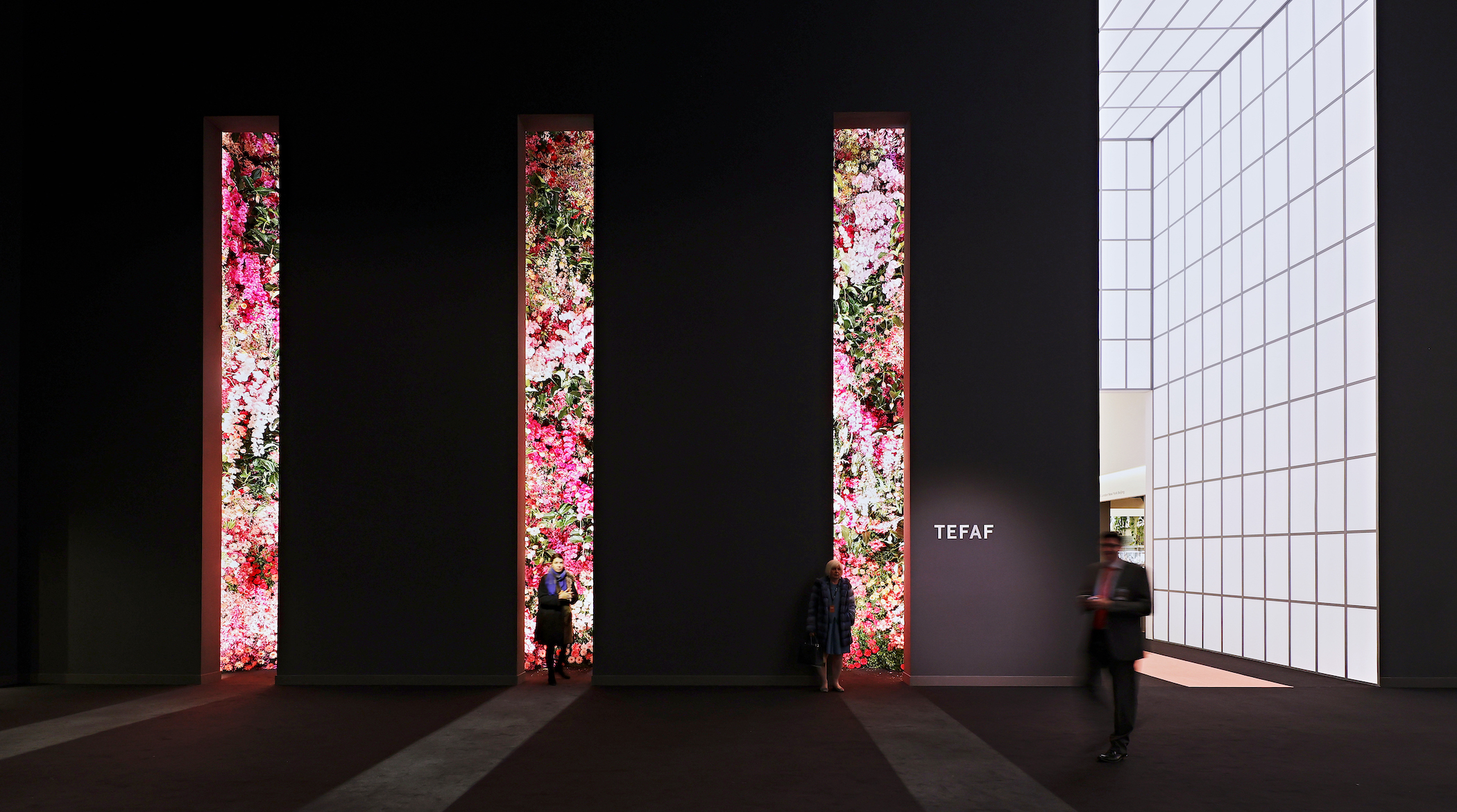 Everything to Know About The European Fine Art Fair

Since its launch in 1988, The European Fine Art Fair (TEFAF) has built a reputation as the most visual stunning event of its kind for connoisseurs of rare art from antiquity to the 20th century. On June 25, the 35th edition of the highly vetted event returns to Maastricht after a two-year hiatus with a roster of 242 dealers from around the world — among them Axel Vervoordt, Mullany, Daniel Crouch, Charles Ede, Colnaghi, Galerie Kugel, and Rob Smeets.

Ahead of the fair, Avenue caught up with architect Tom Postma, who for the past two decades has been instrumental in its stellar design, creating its highly cultivated ambiance and the dramatic floral displays for which TEFAF is known. We wanted to see what’s in store for this year’s event in the wake of Covid, which forced the 2020 edition to close four days early.

“For those familiar with the layout of the fair, there will be quite a number of noticeable changes,” says Postma, “among them the removal of the ‘ceiling’ above the stands, which has in years past made the massive volume of the MECC [Maastricht Exhibition & Conference Centre] more manageable and intimate.”

The ceiling, he explains, was eschewed largely to enhance air circulation in this post-Covid world. Other major changes include a reorganization of the floor plan, with slightly smaller stands to accommodate more dealers, and the conversion of a glassed-in mezzanine — which, in the past, hosted galleries specializing in works on paper — into a luxury collectors’ lounge and forum for talks by specialists in all areas of the art world, from curators to those offering discreet financial services.

And then there are the flowers. “As this edition will be held in early summer, rather than spring as in years past, the flowers will feel very different, wildly abundant but clearly reflective of warmer and more optimistic days ahead.”

As this writer knows well, having attended the fair for many years, the MECC is anything but a stunning architectural wonder; rather it is a convention center that has all the charm of a dated sports arena and parking garage. Yet, in Postma’s hands, this behemoth of a building complex becomes a veritable geode, ugly on the outside and a wonder to behold inside. Once visitors pass through the ticket checkpoint, they are transported a world away — to an extraordinary place where money is no object.

TEFAF runs at the MECC (Maastricht Exhibition & Conference Centre) June 25–30, with a VIP vernissage on June 24.