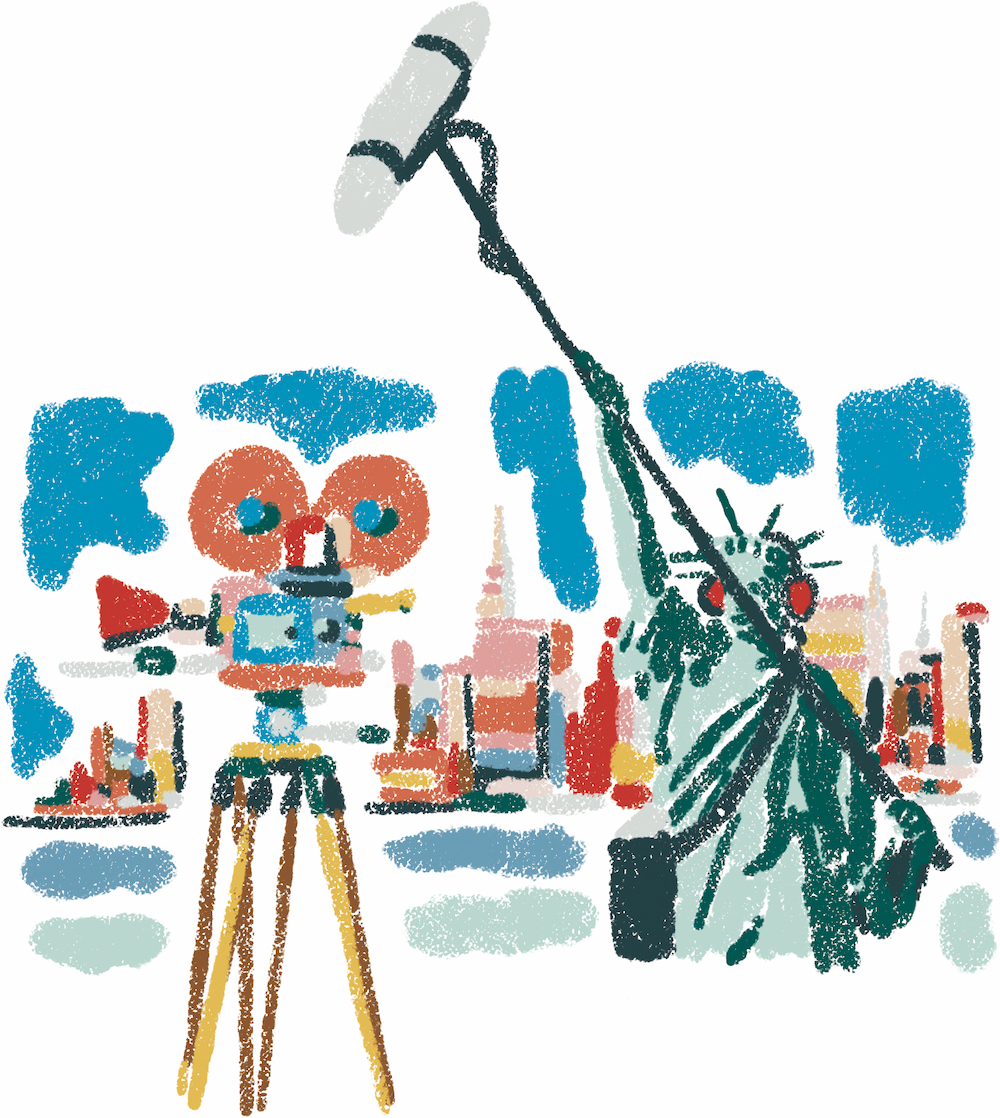 TV- and Film-making Comes Roaring Back in NYC
City Life

TV- and Film-making Comes Roaring Back in NYC

Everything's a production
By Horacio Silva
Illustration by Luis Mazón

The entertainment industry has taken a battering recently, but it hasn’t all been gloom and doom. As anyone who has walked the streets lately can attest, shooting in New York City — from film and television to the daily stream of paparazzi shots of Katie Holmes — continues unchecked.

“Film production has been a bright spot of the reopening of the city,” says Anne del Castillo, the commissioner of the New York City Mayor’s Office of Media and Entertainment (MOME), which is responsible for the issuing of location permits. “It’s the one thing that has actually been able to come back strong, in terms of crews being able to continue working.”

Filming wasn’t originally slated to resume until Phase 4 of the city’s reopening, but partly because of the strict protocols put in place, the state okayed the recommencement as early as last July, with limitations on cast and crew size.

As a result, the city’s major studios and sound stages report they are full — despite production costs having ballooned by around 30%. More than 40 film and television crews — from stalwarts such as Law & Order: Special Victims Unit and new hits like The Flight Attendant, to movies such as the indie comedy Shiva Baby and the Sylvia Caminer–directed thriller Follow Her — have been lured back to the streets of New York like so many extras around a craft services table.

(By comparison, there were more than 80 productions in the city last year, and MOME issued about 1,000 permits a month to shoot outside on public property, versus the 559 permits that were issue in October.)

But while most crews are still drawn to the city’s iconic locations, social distancing restrictions and increased demand for outdoor spaces mean they are getting more creative about where they shoot.

“In the past certain neighborhoods with tiny streets were popular, but not so much right now that you want to avoid people on top of one another,” says Castillo, adding that these teams are also addressing the pandemic in their scripts. “They’re not shying away from referring to Covid or showing outdoor dining in scenes,” she says. “They’re definitely addressing the elephant in the room.”

What was Ghislaine Maxwell Doing in New Hampshire?
Recommended for You
City Life
The Notorious Life and Death of Stanford White
City Life