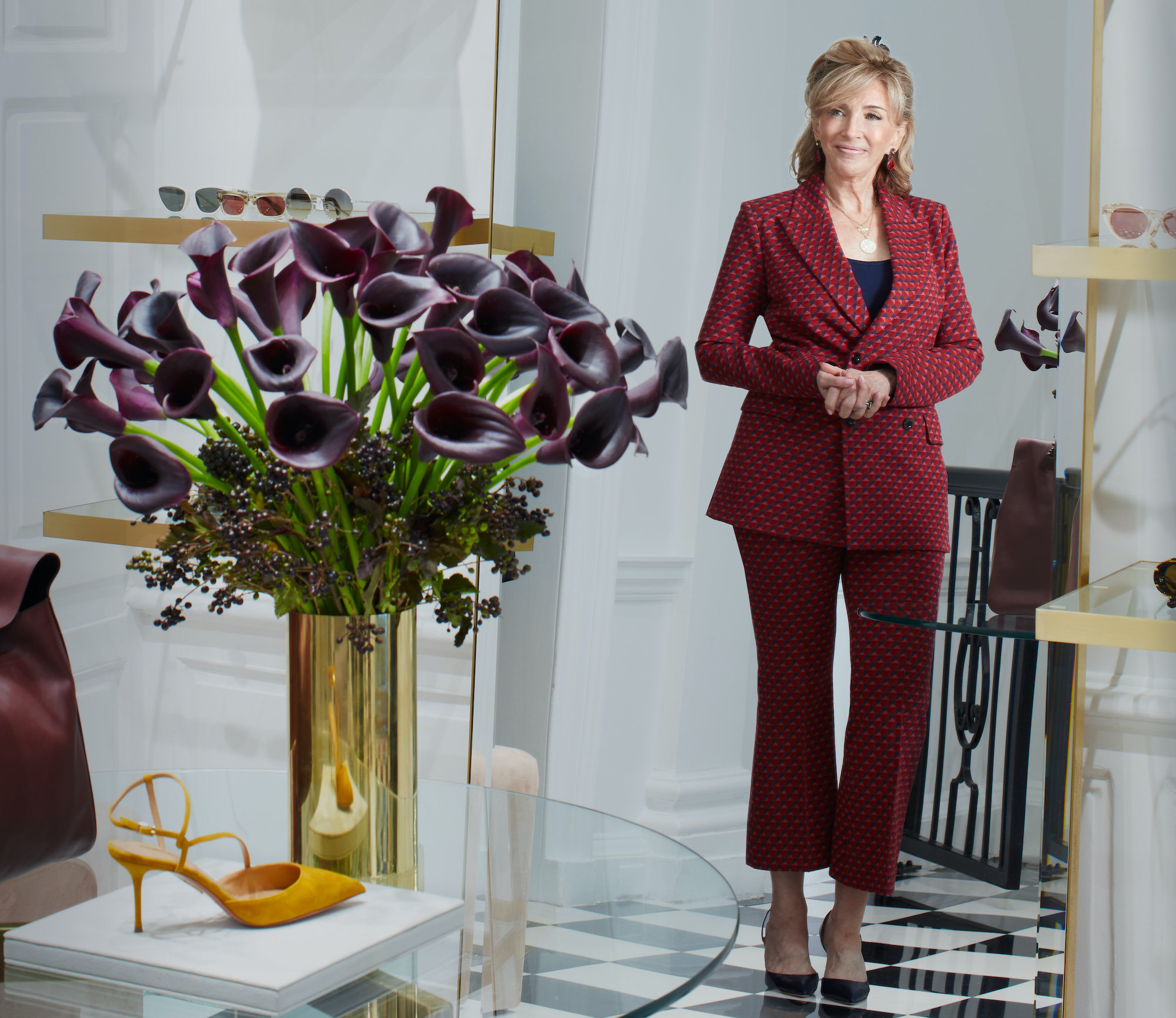 Fivestory has Relaunched with Vintage. Are Upper East Siders Buying?

Karen Murray has been a vintage aficionado for decades. But it’s not something she advertised until recently.

The reason is because Murray is no longer just a vintage shopper. Ever since taking over the Upper East Side boutique Fivestory, and adding a vintage section to the store, she’s now a retailer.

Consumers seem to have finally caught up with her. Between a rise in interest among shoppers for sustainable shopping options, a rise in online resale retailers, and a growing public interest in glamorous museum retrospectives of fashion designers, vintage has never been more popular.

“It’s going back to the hunt,” Murray explains. “Women love the treasure hunt. They’re loving going through and finding a look that is unique.”

Despite holding court in the corporate world (she was the CEO of Sequential Brands Group, a fashion conglomerate) Murray’s real dream was to own her own store. She got her chance when she struck up a conversation with Fivestory’s founder, Claire Distenfeld. Murray thought the boutique was great, but believed a vintage section could make it better.

To her surprise, Distenfeld met the suggestion with an opportunity.

“She said, ‘You know what? I’m not interested in running the store anymore. Go talk to my dad, maybe you could buy it from him.’”

She made an offer in December, 2019, and closed the deal late February, 2020. Around the same, a dream space opened up at 1020 Madison Avenue. Since Fivestory had new ownership, why not a new location as well?

“He knew probably more than me,” she says of her landlord. “I was thinking at that point, there was this Covid thing, but no one’s really paying attention to it too much. I’m sure it’ll be a two week blip, but I’ll deal with it. He immediately was like, ‘Let’s close today.’ I went off to see my son in Oregon, came back and the entire city was shut down. I panicked. I can’t believe I am paying this much in rent. I love my space. And I can’t even open the doors.”

The rest of the year became a series of false starts. She popped out to the Hamptons in the summer, making some sales before coming back to the city in September. Traffic was up the following month, despite zero marketing (“Who cares about a new store when the world is falling apart?” she notes), but ground to a halt during the election and over the holidays.

But Murray is confident that with vaccines rolling out, business will pick up again.

In addition to the designer vintage and archival pieces Murray has sourced from trade shows, websites, consignment stores, and her personal collection, the shop is filled with Fivestory favorites, like new arrivals from labels like Peter Do, Batsheva, and Markarian, as well has home items and jewelry.

So has retail been everything Murray dreamed it would be?

“Obviously if we opened without Covid I probably would have really enjoyed it,” she says. “It’s been a learning curve, and a little bit slower than I initially thought. But it’s starting to come back now that customers are coming back to Manhattan.”

The vintage section in particular has been a hit, especially with the younger crowd. “It’s sustainable, which they all talk about and love — that they’re not going out to buy something new.” (Murray also carries eco-friendly contemporary brands like Stella McCartney and Mother of Pearl).

“Then I have an older customer, people in their 50s and 60s,” she continues. “These women come in and say, ‘It’s so nice to see these designers and designs, they don’t make clothes like this anymore.’”

Some customers are learning to mix and match, like an actress Murray won’t name who bought a vintage Celine vest and paired it with new Etro pants.

That said, not everyone is on board with pre-worn clothes.

“There are customers that absolutely have no interest,” she explains. “There was one woman in particular that came in. I said to her, ‘If you really want a unique gown you have to go upstairs to the vintage floor.’ She said, ‘Wear someone else’s clothes?’ I said, ‘Most of them are worn, some of them are not.’ And she said, ‘No, I have no interest in that, thank you.’”

Not all shoppers are hunters.