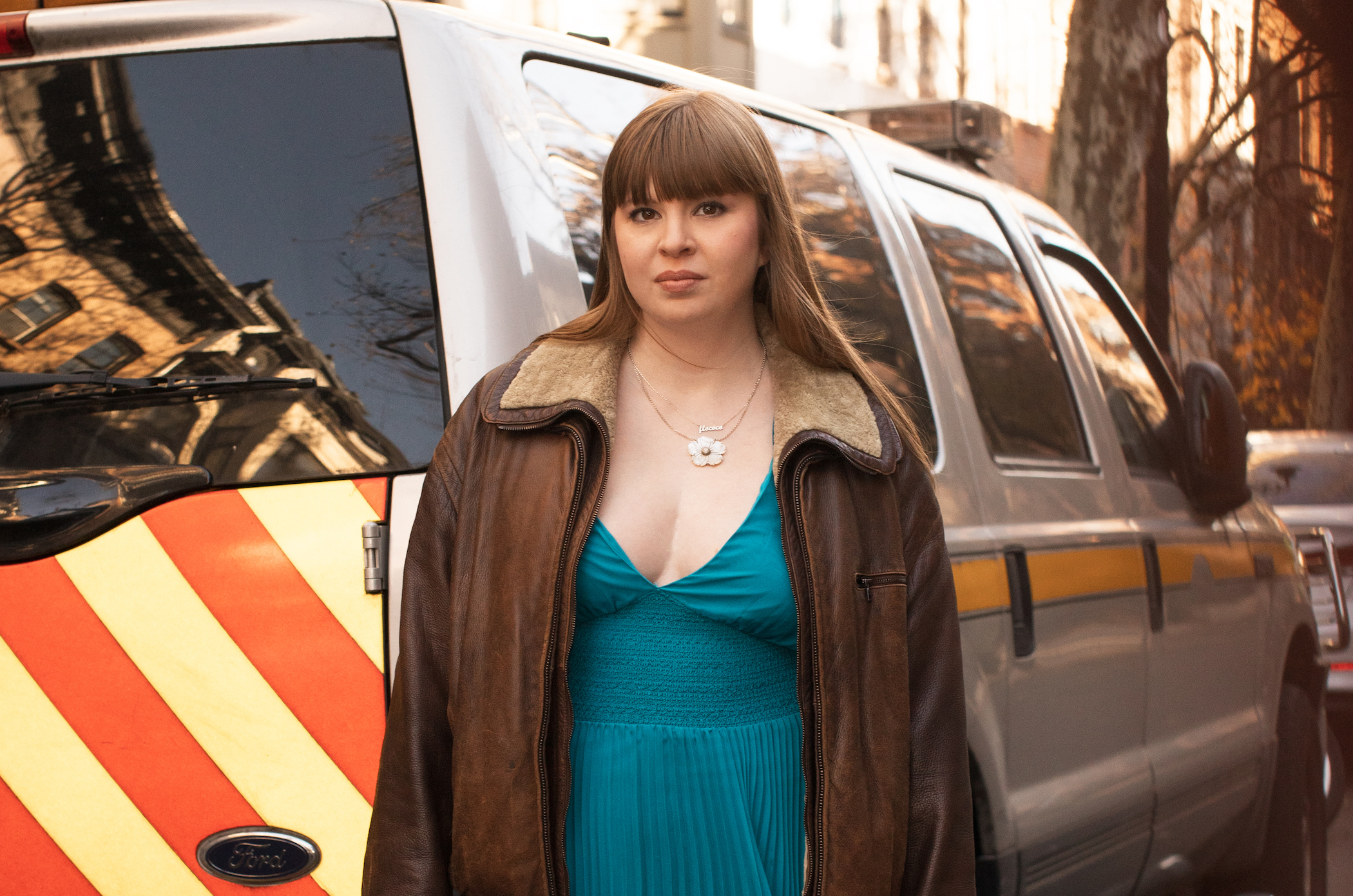 Flora Collins Knows a Thing or Two About Bad Women

Flora Collins has a favorite thing she likes to do almost every night of the week: she goes out on dates. With men she meets on dating apps. None of them more than once, mind you, because, she says, “You have to do it and do it and do it until you find the joy in it — it can be taxing, and nine times out of ten they’re not interesting enough. But I love meeting new people and talking about interesting things.”

Exactly the same could be said of Vera MacDonald, the pretty, ambitious, heat-seeking young woman at the center of Collins’s new novel, A Small Affair. But then one of her dates ends up dead, together with his beautiful, not-quite-ex young wife in their opulent Brooklyn Heights townhouse, and Vera’s dating radar turns out to be not so infallible after all. A suicide note seems to implicate her in the mess, and everyone — that is, from The New York Post to social media — trumpets her guilt: the other woman as murderess by association. She loses her job, she loses friends, she loses her self-confidence. To win them back she decides to get to the bottom of what really happened. Hazards start clattering around her like beads off a broken strand of pearls.

So, how about that dating? It’s just a novel, though an absorbing one, a second thriller for Collins, 29, whose first, Nanny Dearest, came out barely a year ago to widespread praise and an “Up Next” column in The New York Times. To honor her two-book deal with Mira, an imprint of HarperCollins, “I had to finish A Small Affair within a year,” Collins says. “I wrote the first full draft in nine months. It’s been a whirlwind.”

Seated on the pink-and-green striped couch in her Brooklyn Heights apartment, she’s draped in a long, turquoise, semi-transparent dress by Alice + Olivia, and thinking hard about whether there’s anything of Vera in her own personality. The decor is bohemian preppy with a provenance. The sofa and its matching window shades, the hot-pink kissy-lips chair, the ceramic Barbie head vase, and the curlicue dining table are from her bedroom where she grew up, at 1021 Park, the daughter of two writers, H. Bradley (“Brad”) Collins, who teaches art history at Parsons, and Amy Fine Collins, the very social journalist and longtime arbiter of the International Best-Dressed List.

Unlike Vera and her “narcissist” of a mother, Collins says, “My relationship with my mother has gotten better as I’ve gotten older. I can vent to her and get back unconditional love. If we fight at all these days, it’s whenever she comes over and wants to rearrange everything.” The largest artwork on Flora’s walls is a photo collage of herself with the trippy elegance of her parents’ apartment as the backdrop.

“I wouldn’t say there’s all that much of me in Vera, and vice versa,” Collins ponders. “She’s ambitious, and I’m ambitious. She’s goal-oriented, and I’m goal-oriented. But she’s less fair than I would be.” That includes Vera’s eavesdropping on work conversations to get ahead, trashing friendships if it’s to her advantage, and developing an obsession with the Instagram account of Odilie Newburn, her dead lover’s dead wife, which turns out to conceal some very dirty secrets.

“My pathology,” Collins continues, “is that I like to write about unlikable characters. The popular ‘mean girl’ in high school is a cliché — she peaks in high school, marries her jock boyfriend, has lots of children, loses her looks. I had a very different experience. I went to Chapin for 13 years,” then Vassar, “and a lot of the ‘mean’ girls’ I knew are going to end up on the Supreme Court, stuff like that. With Vera, I wanted to see how a successful mean girl would navigate situations I put her in. I wouldn’t want to be friends with her. She has a toxic energy. She’s not my cup of tea.”

The irony of Vera’s name (check your Latin) isn’t lost on her, Collins says, “but I liked the sound of it. It seems self-confident. Names have always been important to me: I used to carry a baby names book around with me from the time I started writing when I was very young. Now I go on baby name websites.” Her own name in full — Flora Isham Collins — comes from her great-grandmother on her father’s side, and is one passed down through the generations. “There are a ton of Flora Ishams buried in Woodlawn Cemetery,” she says. “It’s very spooky to see all those graves with my name on them.”

But don’t take spooky away from her. She has stuck with the murder mystery genre, she says, “because I’ve always been attracted to the darker side of humanity. I loved horror as a kid, I read a lot of Stephen King and watched his adaptations. It’s just part of who I am.”

As far as she’s aware, she doesn’t know anyone who has committed murder. But when it comes to the vagaries of female friendships, which also lie at the heart of A Small Affair, she considers herself an expert. For one thing, there were her years at Chapin. “I’m 100% grateful to have gone there,” she says. “I have stories for days.”

In the novel, more than one woman is driven to become someone else, latching onto traits in other women she probably shouldn’t admire, and going to extremes of physical makeover to climb the social ladder. When Vera lands the ill-gotten means to start a clothing company, she names it SEPH — as in Persephone, Collins explains, the changeable goddess of the underworld. “Women like the Kardashians and the Jenners also occupy a lot of my brain space that loves popular culture,” she adds, “and how they’ve evolved the images that are themselves over time.” Collins earns her livelihood in tech marketing at Verte, a supply chain start-up.

The female psyche will get another workout in her next book, which is set “at an all-girls school in New York.” She peers out her window at the Brooklyn Heights that A Small Affair transforms into a place where genteel murders might germinate, and insists, “It’s not Chapin. Let’s just say it’s inspired by Chapin. It’s a world I know so, so well. But certain details are different. I don’t want the school to think it’s a psycho-thriller set in their halls.”

Although she’s already written a third of it, “I want to be pragmatic about this,” she says, “and not try to write a book a year. I’m a big proponent of not burning too bright too soon. I like the pace I’m going at.” But first, tonight, there’s a book party where she’s meeting her mother. It’s not a date. Not yet. But there may be one lurking in the wings.

A Small Affair, published by Mira (an imprint of HarperCollins), is available online and in stores now.

Mugrabi Divorce Settled: "She Asked for $100 Million"
Recommended for You
Living
A Day in the Life of David Grutman: Miami Entrepreneur
Living
Palm Beach's Pink Paradise
Living
The Ultimate Palm Beach Restaurant Guide (and How to Score a Rez)