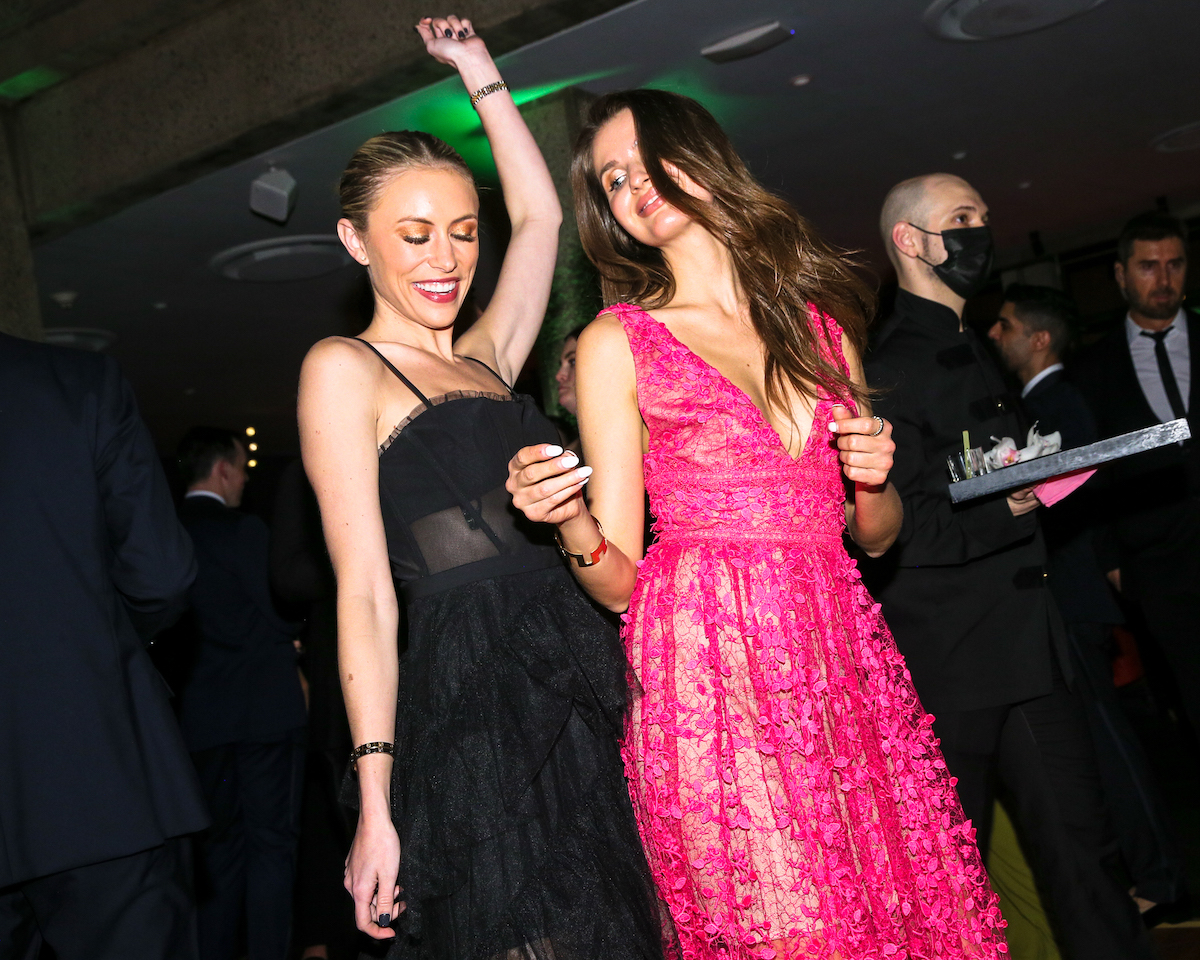 Upper exhibit levels were open for guests to tour, while the garden level was transformed into a nightclub. A night at the museum is always good fun — especially when alcohol is involved — but this year’s event was especially delightful for fashion lovers, given the juxtaposition between the frothy gowns and Marcel Breuer’s modernist architecture. You want to make a Tom Ford pop? Put it in front of a concrete wall.

This year’s event was held in partnership with Saks Fifth Avenue, First Republic Bank, and Carolina Herrera, with the brand’s designer, Wes Gordon, acting as honorary chairman. The black-tie affair was held to benefit the museum’s programs, including the Frick Art Reference Library and the education department, which serves public school students across the city.