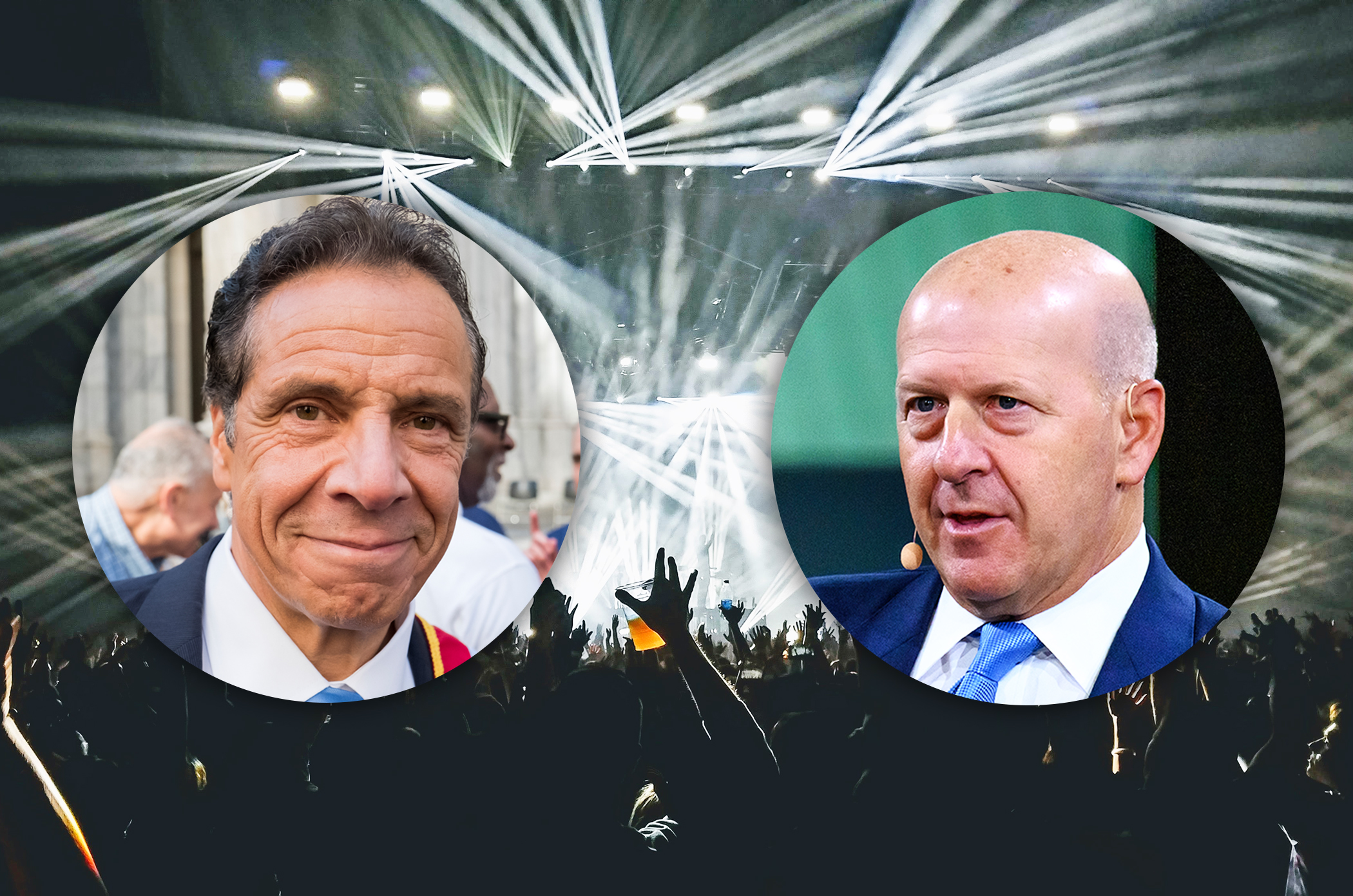 Cuomo vs. David Solomon Will be the Feud of the Summer
City Life > Events

Cuomo vs. David Solomon Will be the Feud of the Summer

It’s privilege versus politics in the must-see culture war of the summer.

The event, which also featured deejay duo The Chainsmokers and cost up to $25,000 to attend, drew an immediate Twitter rebuke from Gov. Andrew Cuomo for what he called its “egregious social distancing violations. I am appalled.”

Videos from a concert held in Southampton on Saturday show egregious social distancing violations. I am appalled.

The Department of Health will conduct an investigation.

We have no tolerance for the illegal & reckless endangerment of public health.pic.twitter.com/gf9kggdo8w

The spat, which draws sharp lines in a country already exhausted by pandemic and social unrest, has all the elements of that summer blockbuster we didn’t get to see in theaters.

“We are just grabbing the popcorn and settling in to watch this fight unfold,” said one Avenue insider who knows both men. “These are two outsize personalities, very successful, who are used to bulldozing ahead and getting what they want. And they’re both great showmen, so this is going to be entertaining.”

“Forget the Thrilla in Manilla,” the source added, referring to the 1975 heavyweight championship boxing match between Muhammad Ali and Joe Frazier, “this is the Slampton in the Hamptons.”

DJ D-Sol (who has 31,000 Instagram followers and rising) was in a buoyant mood on Saturday having reached a likely $2.5 billion settlement with the Malaysian government over the infamous 1MDB fraud. (Facing a $7.5 billion claim from the south east Asian nation, it was considered a win.)

He told Bloomberg on Monday the weekend party was “absolutely beautiful.”

“If we work together and are thoughtful, we can do things that feel more normal and allow us to live with this virus safely,” he said.

Never mind that the state Department of Health has opened an investigation into the Water Mill concert that, despite being billed as a “drive in” event, featured what looks in pictures to be a mosh pit.

“They opened a VIP area that was not part of the concert,” Southampton Town Supervisor Jay Schneiderman (whose own amateur band also played the party) told Newsday. “We would never have approved a gathering area.”

A week ago, as the financial site Euromoney observed, “the firm unveiled exceptionally strong second-quarter results, including a 149% rise in fixed income trading revenue compared with the same period in 2019, and a record tally from debt underwriting (the boring kind of bond sales, as far as we know).”

One Hamptons resident, who listened to the concert from over the hedgerows, told Avenue: “I don’t know what Cuomo is complaining about. Every day on the news you see protests all over the country, and you never hear him say ‘oh, but what about social distancing’ there.”