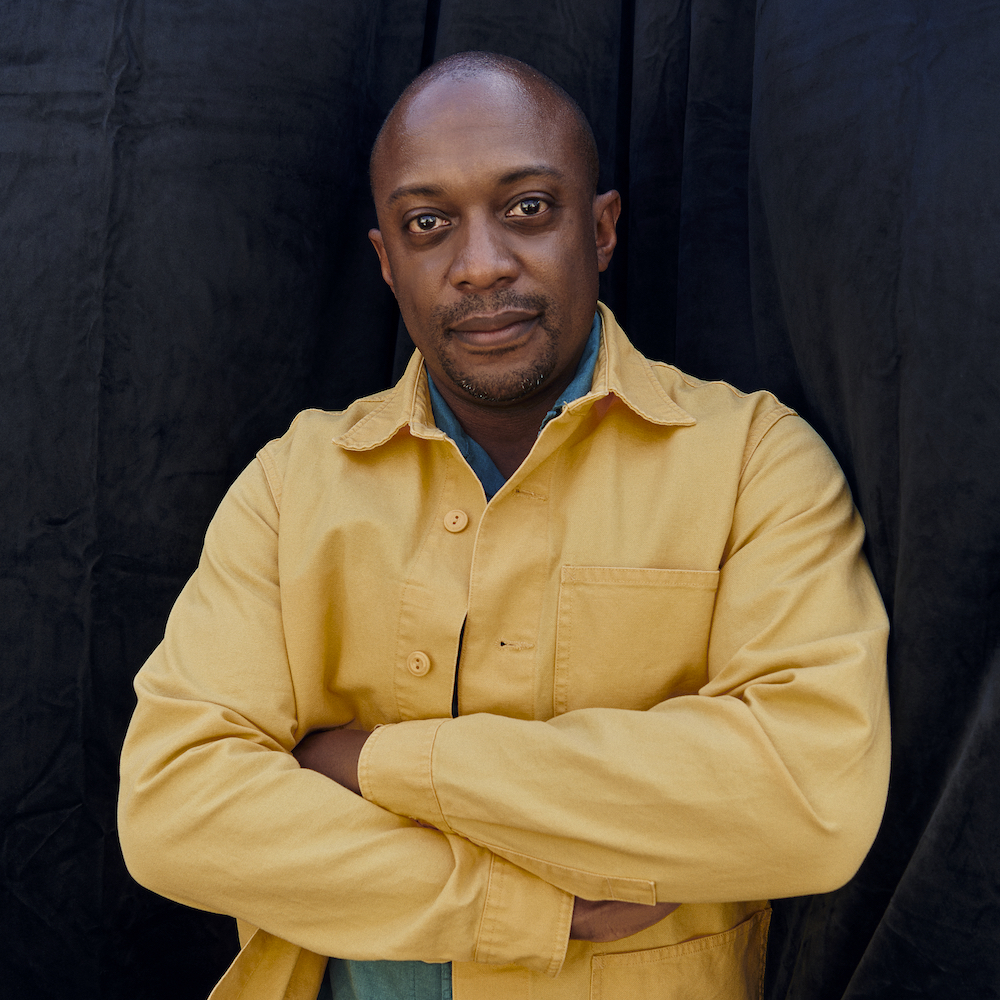 This July, six large tapestries made of prison uniforms and American flags stitched together will be unfurled at the Parrish Art Museum. They are part of a bold new exhibit called “Another Justice: US Is Them,” featuring the work of Brooklyn-based artist Hank Willis Thomas and his For Freedoms Collective.

But in each work of the ten artists from the Collective that fill five of the galleries and include a suite of outdoor installations, the notion of justice in the 21st century takes center stage, revealing a host of contradictions and reflecting the pursuit of justice that the artists see in their own lives and in their own art making. Besides the tapestries, Thomas’s Remember Me, a 55-foot neon sign, will grace the south-facing façade of the museum. For her contributions to the show, London-born Brooklyn-based artist Zoë Buckman addresses interpersonal violence messaging often difficult conversations via the delicate medium of embroidery. For Buckman, the intimate process of making the embroideries reflects the way in which justice can start at home, and how such fraught discussions might find a place alongside the pursuit of joy, love, and intimacy.

“Part of looking toward the future is revisiting the past through a new lens,” says Thomas. “For us, this translates into seeking justice by any means necessary and using any medium necessary. This, in turn, leads us to consider a host of new possibilities.

“When we launched our Another Justice campaign in 2020,” the artist tells Avenue, “we were inspired by Norman Rockwell’s renderings of FDR’s four freedoms — freedom of speech, freedom from want, freedom from fear, and freedom of worship. And we thought that in the 21st century those freedoms could be revisited through the concepts of listening, healing, justice, and awakening. In society, most people tend to associate justice with punishment. In examining how justice might be interpreted more broadly, we have sought new avenues, new pathways, new media, and modes of communication.” For the Collective such new modes of communication include the appropriation of billboards across the United States — 53 to be exact — using them as unconventional canvases to prompt conversation through the medium of advertising.

As part of the Another Justice billboard project, the Parrish exhibition will be complemented by conceptual works by Shinnecock Nation artists Jeremy Dennis and Shane Weeks and others that will flash across the “Shinnecock Monuments” — two 62-foot-tall double-sided electronic billboards erected along the Sunrise Highway, which have generated no shortage of controversy since they were put up by the Nation in 2019 to generate advertising revenue for the community. (At the time, a local politician complained to the New York Times, “The summer crowd comes here to escape the metropolis, only to find this urban element at the gateway to the Hamptons.”)

“Collectively,” says Thomas, “the works being presented on Long Island’s East End this summer are a call for us to reconvene to reconsider what justice can be in a time of imbalance, and to imagine for a moment a just world. How do we get there from here?” Following the exhibition, Thomas and members of the For Freedoms Collective will take up a residency at the Watermill Center.

Another Justice: US Is Them runs July 24–November 6 at the Parrish Art Museum. parrishart.org.