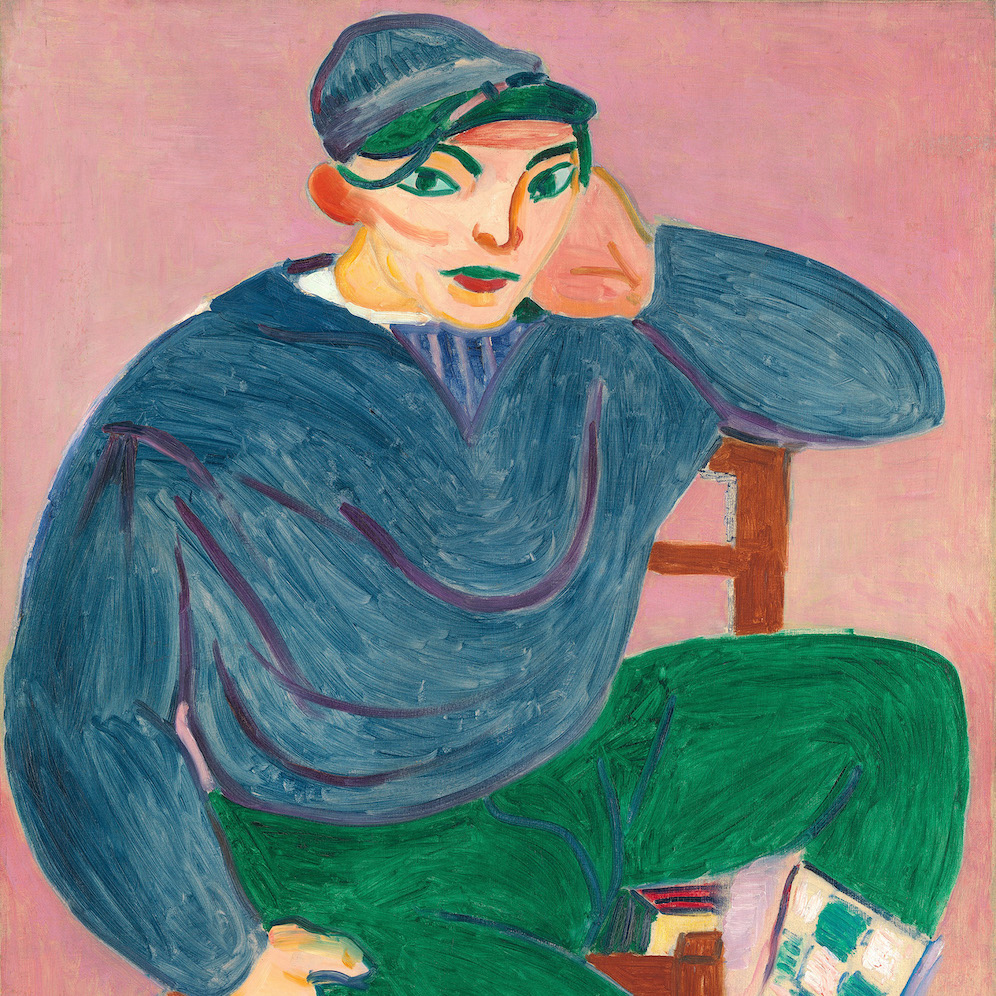 Mounting MoMA’s highly anticipated exhibition “Henri Matisse: The Red Studio,” which opens on May 1, presented a unique challenge for noted curator Ann Temkin, not the least of which was a global pandemic.

The show — some four years in the making — required that she gather all of the extant paintings and objects depicted in the artist’s handsomely scaled oil on canvas, The Red Studio. There were no options for substitution should any given work be unavailable. In short, she says, “It was all or nothing. Without 100%, the show was a no-go.” Luckily, Temkin’s persistence paid off. For the first time since they appeared in the artist’s studio more than a century ago, all the works — save for a large painting of a nude that we know to have been destroyed — are together again at last.

Painted in 1911 and acquired by the museum in 1949, The Red Studio depicts the artist’s workspace in the town of Issy-les-Moulineaux, on the outskirts of Paris. The painting, Temkin explains, is a highly curated “autobiography” that is as notable for what we don’t see as what we do see. “The works shown in it range in date from 1898 to 1911, yet Matisse chose not to include any made between 1899 and 1905, a pivotal time in his career when he rose to fame as the leader of a radical new art movement, which critics dubbed the Fauves (‘wild beasts’) for their savage use of color.”

What we do see, she says, is Matisse at his most experimental. “The works he shows us — which happened to be in his studio because he had yet to sell them — were all really radical pictures at that time, and the majority of collectors, particularly in France, found what the artist did so completely outrageous.”

But Matisse, she adds, did find a loyal following in Scandinavia, hence the reason that three of the paintings included in the show are on loan from SMK — The National Gallery of Denmark in Copenhagen, where the show travels after closing in New York in September.

“At the time it was painted, Nude with a White Scarf was considered provocative in terms of depicting the female form. It was greeted with quite a bit of discomfort and bafflement by critics who just couldn’t understand what Matisse was trying to do in his portrayal of the nude — in this case, a powerful woman overtly comfortable with her sexuality, rather than a female, docile and demure. In putting so many female nudes in The Red Studio, Matisse is telling viewers, ‘I’m redefining the notion of beauty.’”

“The bronze included in the exhibition actually postdates the one depicted in The Red Studio. But it was cast in 1912 from the very same plaster that is shown in the painting and is, therefore, identical to it. We do know that this figure was the first bronze Matisse ever made. Unfortunately, all the artist’s plasters were destroyed as they were considered an intermediary step in the creation of a work.”

“Formerly known as Nymph and Faun, Bathers is a mythical painting that pays homage to Cézanne, who was Matisse’s favorite post-impressionist painter, and one who made hundreds of paintings and drawings of bathers. We’ve retitled the canvas Bathers because that was Matisse’s original title, which we found out in our research. The whereabouts of the painting were unknown for decades. It turns out it had been in a private family collection for the past 75 years. Several years ago, the family approached the National Gallery of Denmark and said, ‘We know that the first owner of this painting was a Danish collector. Perhaps you would be interested in buying it from us.’ Within the Matisse world, that was quite a moment.”

“Given that Young Sailor II looks so primitive and so simple, as if it were the work of a child or a self-taught painter, Matisse was afraid to let people know that it was actually by him. He was even more afraid of how the painting would be received. When he showed it to a friend, he told him that ‘the local postman had painted it.’”

“Corsica was executed shortly after Matisse’s marriage to Amélie Parayre in 1898, and not long after he had finished his art school studies. Later in life, the artist often spoke about how transformative his time on the island was for him. He had never been to the south before, nor had he seen the Mediterranean. On Corsica, he discovered a new way of dealing with light and color. By including that painting in The Red Studio, whether consciously or not, he’s signaling to the viewer the seminal nature of that trip in the arc of his career.”

“In Le Luxe II, Matisse takes on a very traditional subject — three naked women by the water — that harkens back to antiquity. One thinks of goddesses frolicking and relaxing in some sort of mythical landscape. Here, however, he dares to modernize that very archaic form. And this is really what made people so crazy at the time. They thought that these figures looked like monsters — with one of the figures having but four toes.”

Henri Matisse: The Red Studio runs May 1 to September 10, 2022, at MoMA, after which the exhibition will travel to SMK — The National Gallery of Denmark in Copenhagen, on view there October 13, 2022, through February 26, 2023. moma.org