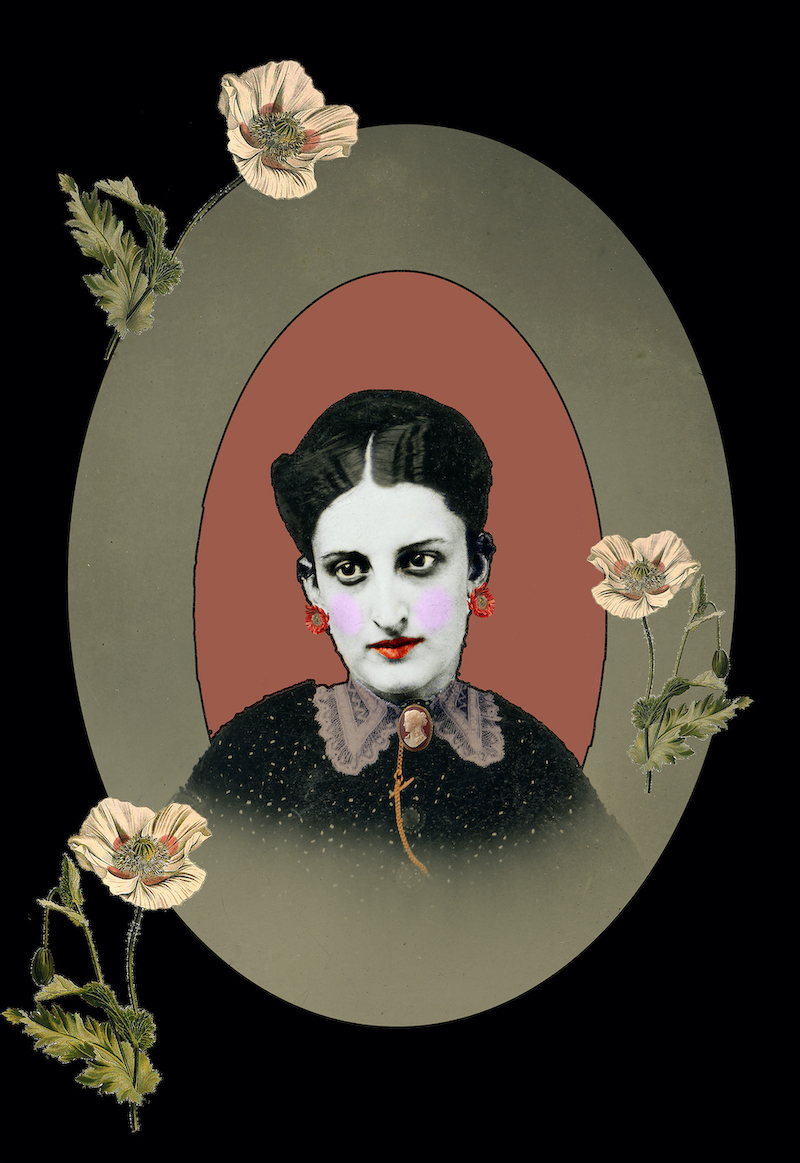 The Historic Connections Between Illness and Beauty
Culture > Style

The Historic Connections Between Illness and Beauty

Disease has shaped Western ideas of beauty for centuries. What is it about being wan that we find so appealing?
By Harriet Mays Powell
Illustration by Leslie Sheryll

Could looking sick ever be attractive? At several moments in the last 400 years — including, judging by Instagram, very recently — the answer is “yes.”

Notions of disease and beauty have long been intertwined in Western culture. From Elizabethan England until modern times, it has not been uncommon for some signs of illness to be regarded as fashionable and desirable.

The distinctive chalk-white makeup worn by Queen Elizabeth I became an archetype of beauty in 16th-century England. Among aristocratic women, having a white face both emulated the Virgin Queen and advertised their own elevated class status. Not only was the makeup expensive, a pale complexion indicated that a woman belonged to the upper class. Many lower-class women worked outside and acquired a suntan or a weather-beaten complexion; pale skin was therefore a sign of wealth and nobility.

In fact, that cosmetic trend began as a way to disguise the effects of disease. Elizabeth had suffered from smallpox at age 29 and been scarred by the malady’s distinctive “pocks.” To sustain an illusion of youthful beauty, she applied a thick white cosmetic called Venetian ceruse to cover the disfiguration on her face, neck, and décolleté.

The fact that it contained powdered lead has prompted some scholars to theorize that related blood poisoning could have been a contributing cause of her death.

Later, for a period of about 80 years in the 18th and 19th centuries, the effects of tuberculosis (also called consumption) were considered attractive and inextricably tied to fashion.

Professor Carolyn A. Day, author of Consumptive Chic: a History of Beauty, Fashion, and Disease, says many of consumption’s effects were physically flattering and were a good fit for the beauty standards of the era: “Pale skin, rosy cheeks, dilated pupils, tiny waists, rounded shoulders, and visible clavicles: the classic Jane Austen look.”

“Health and activity were deemed vulgar,” Day tells Avenue, while “languid and listless ladies sporting pale complexions were all the rage.”

Women who were beautiful were also thought more vulnerable to consumption, so the middle and upper classes emulated a consumptive appearance by using makeup to lighten their skin, redden their lips, and color their cheeks pink.

Day cites the example of Charlotte Brontë, the author of Jane Eyre. Despite losing four sisters and a brother to tuberculosis, she nonetheless wrote in 1849: “Consumption, I am aware, is a flattering malady.” Although Brontë knew the grim reality, Day explains, she was “still participating in the ethos of her time.”

For a while, consumption was even thought to animate male creative genius, especially in Romantic poets like John Keats, who died of tuberculosis in in 1821 at the age of 25.

“Keats becomes the archetype; he burns very brightly, but he burns out very quickly,” says Day. By the 1840s, however, the disease had become feminized, and men who contracted it were thought unmanly.

Sometimes, it is the reaction to disease which shapes beauty ideals. Unlike tubercular women who were regarded as glamorous, in the gay communities of the 1980s, the emaciated appearance of men with AIDS contributed to the growth of gym-going culture and made conspicuous muscles fashionable.

Professor Paul Deslandes, author of the upcoming book The Culture of Male Beauty in Britain: From the First Photographs to David Beckham, says that physical wasting became “an emblem of the horrors of the disease,” and “something that gay men reacted against.” Members of the LGBT community certainly felt empathy, but they also recoiled from the image, “fearing that their bodies might end up looking like that, too.”

In his research, Deslandes recorded responses from men reflecting on the traumas of the period.

“They talk about their desire to avoid the signs of the disease, and it was the fear of physical degeneration that inspired them to go to the gym to pump up fanatically.” Gay men saw visits to the gym as a way of maintaining their health, but they also reflected their anxiety that their bodies might be read by others as “diseased.”

In the safer sex campaigns of the time, Deslandes notes that the ads relied on buffed and often hairless bodies. “Shaving the body was intended to show that you had clean, pure, youthful skin,” he says.

But then beauty ideals changed again. In reaction to the athletic supermodels of the ’80s, fashion photography in the early ’90s explored less perfect, more inclusive concepts of beauty in new looks known variously as “grunge,” “waif,” and later “heroin chic.”

Tina Gaudoin, health and beauty director of Harper’s Bazaar in the early 1990s, recalls working with “all the big girls, Linda, Christy, Helena, et al,” before going to Paris to shoot with the model everyone was talking about: Kate Moss.

“She was a complete contradiction to everything that had gone before,” Gaudoin tells Avenue. “She was a non-glamazon and anti-’80s: wispy, slightly mousy, not blond at that point, and extremely shy. Her radical difference stood out in the shoots we began to do together, and makeup artists, hairstylists and designers caught on quickly. This was the birth of no make up makeup; choppy, undone hair, and, of course, grunge.”

As a result, a new crop of girls sprang up too, with “slighter frames, more elfin looks and, frankly, hollower cheeks.”

But the backlash was swift, with critics claiming the girls looked unhealthy and that magazines were glorifying a body image associated with heroin abuse and anorexia.

Gaudoin, who had been working with Moss regularly, had gotten to know her and seen her “eat plenty.” As far as she could determine, Kate was “a regular sort of London girl, who liked wine and chips.” So, she wrote a defense of skinny models for Harper’s Bazaar and “that’s when the fury really began.”

Even President Bill Clinton, speaking on drug policy, complained that “fashion photos in the last few years have made heroin addiction seem glamorous and sexy and cool.”

One descendent of “heroin chic” was the so-called “Pro-Ana” movement of the 1990s, glorifying anorexia nervosa, an eating disorder which, at its most extreme, could be fatal. This so-called “anorexic chic” has seen the growth of an underground online beauty world in which people try to starve themselves deliberately.

The aim of these sites is to cultivate a sense of community among fellow anorexics, one that is based on feelings of pride in self-control. Photos of underweight individuals, known as “thinspiration,” are found alongside tips on how to suppress hunger and keep vomiting a secret.

And in the last few years, social media has also been a vehicle for the glorification or exploitation of illness. Having contracted Lyme disease, celebrities such as Yolanda Hadid (along with her model daughter, Bella) have been criticized for posting beautiful-in-their-suffering selfies on Instagram, looking perfect while simultaneously decrying the illness’s effects.

Such are the contemporary manifestations of the age-old relationship between beauty and disease. For centuries, “dying to be beautiful” is a phrase that has had disturbingly literal connotations.

What was Ghislaine Maxwell Doing in New Hampshire?
Recommended for You
Culture
Artist Jean-Michel Othoniel on His Obsession With Flowers
Feature