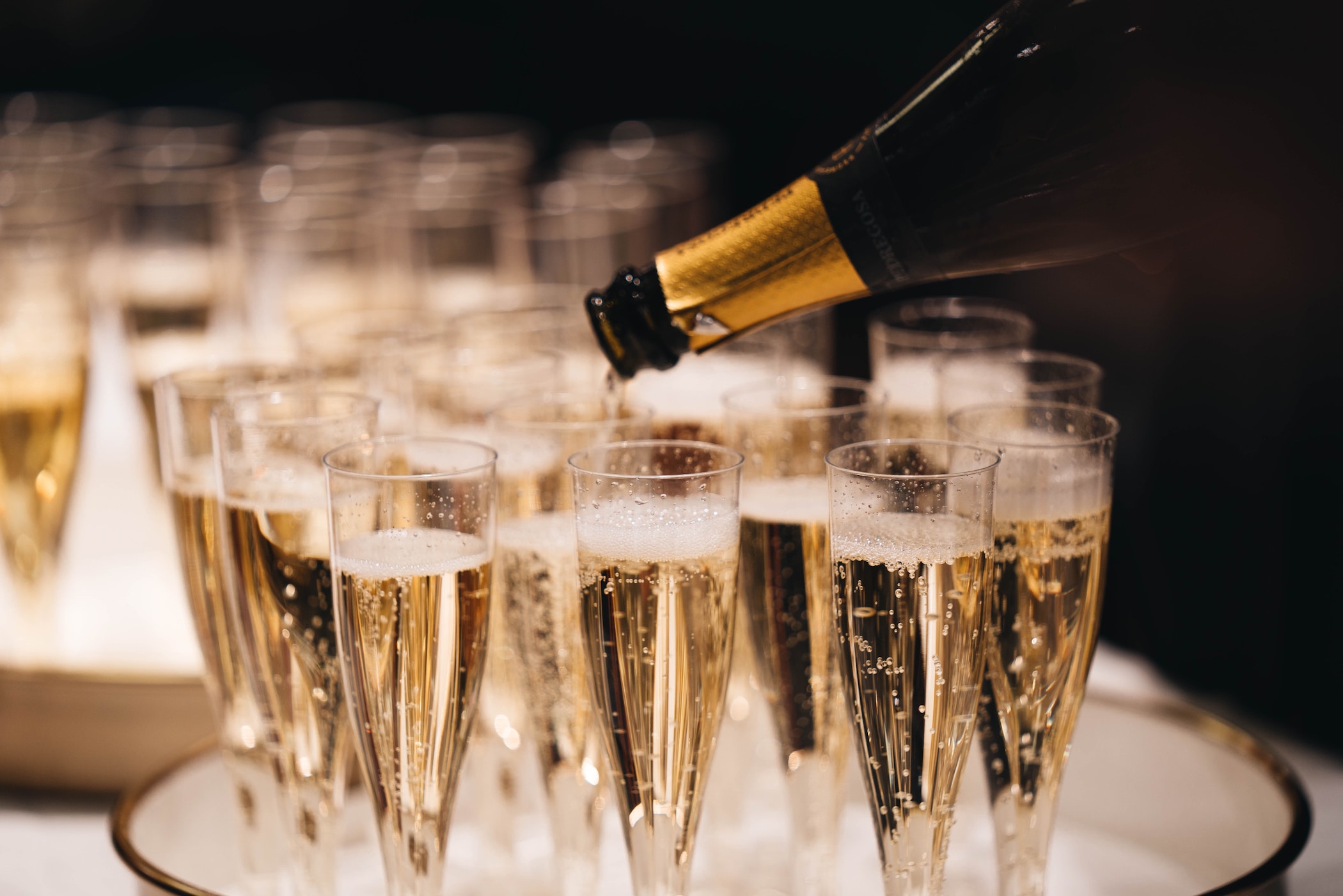 More than ninety years on, Palm Beach’s Coconuts remains the Island’s island’s most coveted New Year’s invitation. Everybody wants to go, but absolutely nobody wants to be caught talking about it
By Christopher Lawrence

From our archives. This story was originally published in our January, 2015 print edition. Click the images to enlarge, or read the text, below.

“Well, I’m just very sorry,” the man tells me gently. It’s our second of two telephone conversations. He’s my contact within The Organization, a member in excellent standing. He has been very polite and conscientious in returning to me with answers — of a kind — within twenty-four hours.

My inside man had been willing to explore the idea of speaking publicly for my tribute to The Organization’s annual festivities. But he cannot. While he has in the past worked helpfully and fruitfully with this magazine, he finds himself quite unable to do so now. “I certainly wish you well, and I wish I could help,” he says. They have gotten to him. Leadership has. “It’s really, it’s just…” he says. Then, gently, and a little wearily, “Well… it’s just a private party.”

Well, yes and no. Quite a private party, indeed. But not exactly “just” anything.

“The Organization” is not exactly the menacing conspiracy of my fevered daydreams. The Coconuts, a rolling fraternity of twenty-five distinguished Palm Beach gentlemen, has been financing and hosting Palm Beach’s most discussed, most mythologized, most simultaneously exclusive and inclusive New Year’s Eve party since the days of bathtub gin. The annual black-tie ball that bears their collective name (and please call the party itself just “The Coconuts” so as to sound like an insider) is a gathering steeped in tradition, and yet one that cannily draws in the city’s next social generation.

As with the very best blue-chip trust funds, the origins have become a bit opaque as the past has receded. No one seems willing — or able — to say precisely how, or even when, the Coconuts began. (My own carbon dating places the origins at demonstrably north of 91 years ago; it is only reasonable to believe that some version of the gathering began to coalesce in the immediate aftermath of the World War I.) The only thing that is entirely for sure is that the world has been spinning pretty wildly in the last nine decades. And in ways that sometimes rattle even the American Riviera. But neither the march of time nor the shocks of human history matter much come New Year’s Eve in Palm Beach. The Coconuts are still at it, and their ritual gathering is still very much the place to be.

Another friend is a genteel lawyer who’s been on the scene in Palm Beach for four decades and a resident for two. He’s been respected, trusted, even loved — and all this as an ardent Democrat. But his real arrival in town came a mere ten years ago in the form of an invitation to the party.

“You could write some terrifically scandalous pieces about a number of institutions around here,” he chuckles. “And believe me, I’d love to help you write those stories. But this is really a pretty great tradition. It really is.” The ball has for many years been held at the Flagler Museum, and the location is key. In Palm Beach, where the “Big Five” private clubs (the Bath and Tennis, the Beach Club, the Everglades, the Palm Beach Country Club, and the Sailfish Club) have overlapping memberships but are also, ahem, somewhat Balkanized, the Coconuts’ guest list draws to varying degrees from across the spectrum. Perhaps not quite a gathering that “looks like America,” but striking and alluring in a town where the allegiances can of course be as confining and oppressive as they are comforting. The Flagler, glorious as a place and significant as the homestead of Palm Beach society’s founding father, provides a fitting neutral backdrop for a gathering of the tribes.

“There are the five major clubs,” says my friend the attorney. “And if you’re in one or more of those and you don’t somehow disgrace yourself, then you’ll make your way pretty well in this town. But the Coconuts is a level above all that.” He sketches a lovely image: drinks and a civilized New Year’s dinner among friends at someone’s home, or perhaps, for example, in the magnificent upstairs dining room at the Bath and Tennis. And then, at ten o’clock those certain anointed couples (ten are invited per Coconuts member) depart quietly from around town and begin to converge on the Flagler. There, the big-band music and the party’s décor — typically some variation of “jungle festive” — help create a swirl that’s just simply different from anything else on offer, even in this social capital. The invisible common denominator among guests is just an ineffable rightness, a belonging to some extended, long-standing Palm Beach “family.”

Generations of Boardmans and Lauders, Gubelmanns and Phippses, Fanjuls and LeFraks, along with their not-nearly-so-famous-nor-lately-so-flush friends, all circulate through the museum’s pavilion and eventually glide on out to a midnight fireworks display over Lake Worth. “You’re constantly moving among people, all of them actually enjoying themselves,” my friend marveled. With no formal dinner and no fixed structure at the Coconuts, “you’re never stuck between a dowager empress and her cousin. It’s the least stodgy Palm Beach party I can think of.”

But for all the beauty and bonhomie, it is the evening’s first moments that harken directly to the past. Whatever the uncertainty about an exact founding date for the club, the sole mission has remained clear: the Coconuts group was convened by a group of popular bachelors as a way to repay annually the invitations and kindnesses of Palm Beach’s society matrons. By 1926, the Miami Daily Herald’s coverage of what was then a costumed gathering held in March noted Caleb Bragg, the Yale-educated automobile and airplane daredevil, entrepreneur, and lifelong bachelor, as being among the ball’s leading founders — at some unspecified time before 1923, when the party was already being treated as the pinnacle of the social season. The current membership, which includes chief Coconut Alex Fanjul, David Koch (rumored to donate the fireworks display personally), Leonard Lauder, and financier Wilbur Ross, as well as Palm Beach society fixtures from across the age spectrum, is comprised of men both married and single. But it hews exactly to the grand tradition of greeting all guests as they arrive at the door — a broad and very courtly gesture of thanks — not just to hostesses, but to the community of attendees that makes Palm Beach what it is for these men.

For the veteran journalist Laurence Leamer, a resident and lover of the island and the author of Madness Under the Royal Palms, the Coconuts’ adherence to its original spirit presents an intriguing measure of the changes that have surrounded the tradition. “The social center of the town was always governed by women, by a matriarchy,” he told me. “And with women — even wealthy ones — so actively in the workplace, or so active philanthropically, a good deal of that governance has broken down.” Ladies are not lunching in the way they used to. Leamer himself isn’t exactly charmed by the Coconuts, but he does acknowledge its significance — one that is arguably deepening.

“Life in Palm Beach, as it is in most places, is less and less about class and more and more about money,” he said. “And so I think it’s fascinating that [the party] retains a social centrality, where that is breaking down so quickly elsewhere. But what’s most striking about this party is that it is men who set the terms. And that an event controlled by them continues to constitute some social center of gravity.”

And so the circle goes. While male guests wear black dinner jackets, the Coconuts themselves for many years wore a uniform of white jacket with red carnation boutonniere. When the hosts went to black jackets last year (allegedly) at the direction of Alex Fanjul, the outcry (quite unattributed, of course) made it all the way north to Page Six. But that tempest in a teacup is one of those little things that can obscure the skill and sensitivity the Coconuts have always shown in keeping the gathering meaningful and alluring to the Younger Set.

Tradition itself now holds that as midnight and the fireworks pass, the party opens to a “Second Coconuts.” While the older generations depart for home, their children and grandchildren, as well as other invited younger revelers, are granted access to the Flagler and continue the evening’s festivities through a hearty wee hours supper of bacon and eggs. And so it goes — onward all the way to the dawning of the new year over the Atlantic.

When I spoke to members of the middle and younger sets, I was impressed, almost touched even, that they had fully internalized both the fear of banishment and the time-honored ethic of discretion almost for its own sake. The Coconuts would continue as it had in the past — with the party seen, or perhaps merely glimpsed, in the city’s “Shiny Sheet,” maybe in the New York Post, maybe in these pages. The happy, tanned Coconuts in their dinner jackets — whatever the color. A secret society in which membership is not a secret. And their guests, sailing through the dream of the Flagler. But the party and its voices would continue to be heard almost nowhere — and certainly not publicly.

“The Organization” and its gathering were being granted the same respect, and indeed, the same protectiveness, that that they had been shown by the elders. But the messages were always the same: “It’s not like anything else… It’s more like a family reunion…”