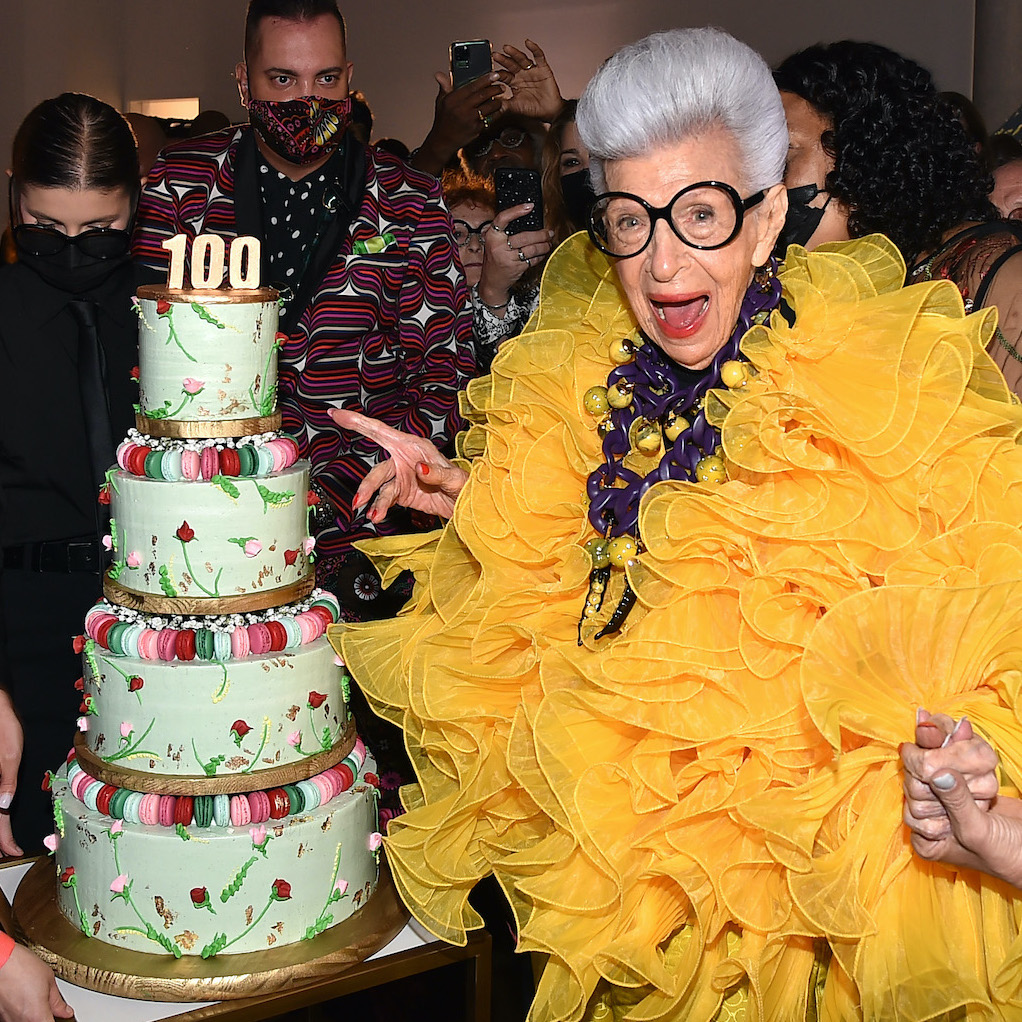 Iris Apfel Celebrates 100th Birthday With Her Most Fashionable Friends

It’s fitting that Iris Apfel’s 100th birthday party occurred during New York Fashion Week. The interior designer, who became a style icon in her 90s, celebrated on the 107th floor of the new Central Park Tower.

Michael Feinstein performed “Happy Birthday” on a baby grand piano, as well as a personalized version of the Gigi showtune, “I’m Glad I’m Not Young Anymore.”

Guests including Katie Holmes, Halle Bailey, Tommy Hilfiger, and Donna Karan celebrated with Apfel, and got an early look at items from her clothing collection for H&M, to be released in 2022.

And what’s the most important thing about an outfit, one guest gamely asked the woman of the hour? “The girl inside of it,” she replied.