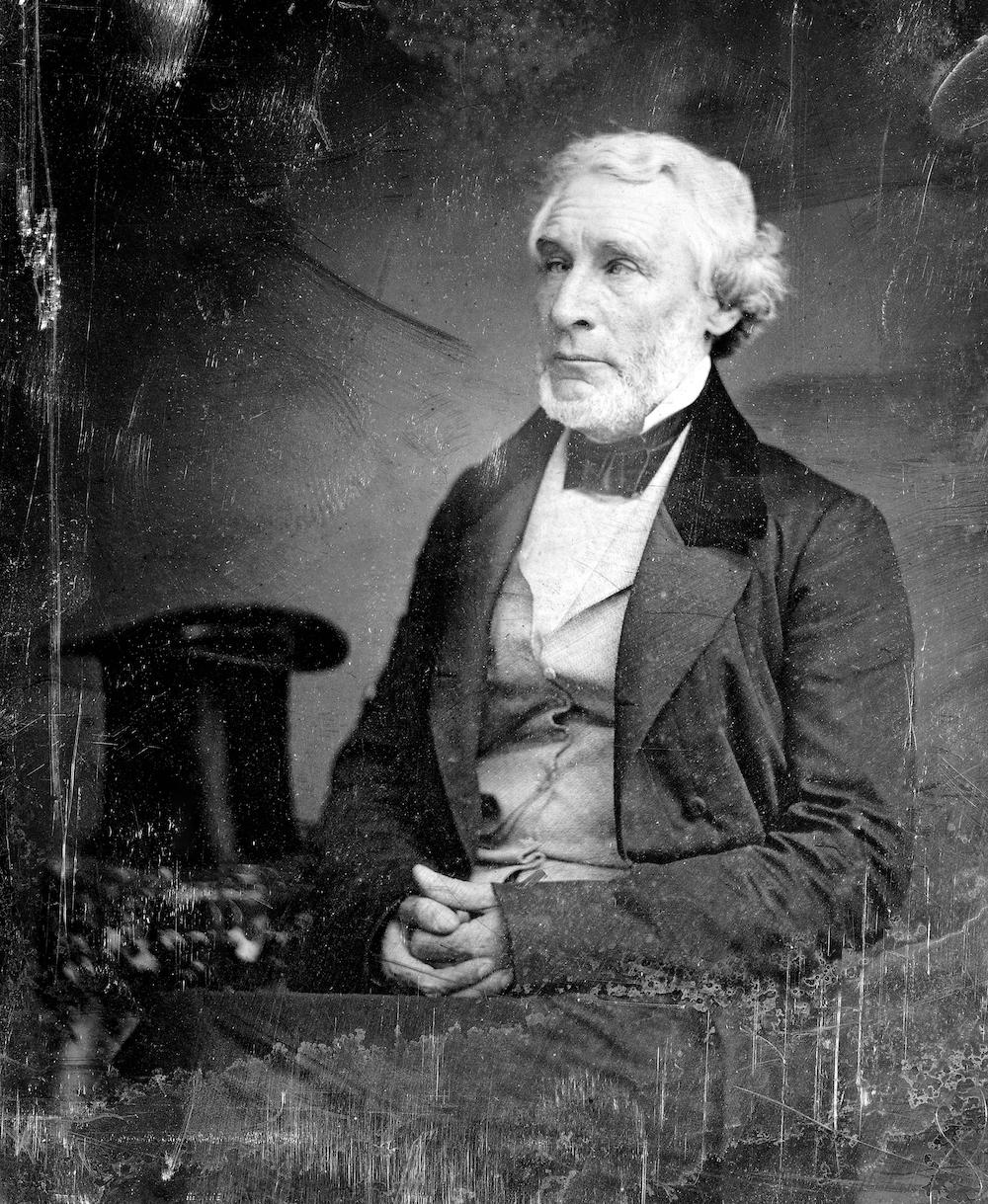 The bold types
By Aria Darcella
LEGACY MEDIA Herald Square, named after the paper, in 1893
Photo by Science History Images/Alamy

It’s a father-son dynamic that fans of Succession will find strikingly familiar: a Scottish immigrant who rose from humble beginnings becomes an unsavory media tyrant, the heir of whom, born into great wealth and destined to take over the family business, is waylaid by the high life and goes off the rails.

But you don’t need an HBO Max subscription to catch this almost Shakespearean play. Just follow the life story of James Gordon Bennett Sr., the Gilded Age newspaper baron, and his socialite son, James Gordon Bennett Jr. For a time, the pair controlled the New York Herald, which in the 19th century had one of the highest circulations in the country. And just like the Roys, neither Bennett père or fils was particularly pleasant.

Bennett Sr. was born in Scotland in 1795. The severely cross-eyed son of a farmer, he nearly became a priest before abruptly leaving the seminary to travel the world. In 1819 he sailed to North America. After brief stints in Canada, Maine, Boston, and South Carolina, he finally made his way to New York in 1823. Having developed an interest in journalism, for more than a decade he took on various reporting and editing jobs. After multiple (failed) attempts to launch his own newspaper, he finally found success with the Herald, which launched in 1835.

Not only did Bennett guide the Herald to becoming one of the biggest papers in the country, he also changed the newspaper industry forever — for better, or for worse. On the positive side, he translated complex subjects, such as finance and the ins and outs of Wall Street, into layman’s terms. He is credited with publishing the first-ever newspaper interview, modifying the advertising payment system, and scoring the first exclusive interview with a sitting president (Martin van Buren).

But the Herald was not a paragon of journalism by any means. Bennett was abhorrently racist, using his paper to trumpet secession for the South and filling its pages with racist slurs and attacks on Abraham Lincoln, before abruptly changing gears and backing the Union when the war actually started. He leaned into sensationalism, trading in takedowns and gossip so vicious that Benjamin Day, publisher of the rival New York Sun, once quipped that “[Bennett’s] only chance of dying an upright man will be that of hanging perpendicularly from a rope.” Contrary to Day’s prognostication, Bennett Sr. died in 1872, relatively upright. But he left the paper in the hands of his profligate son.

In contrast to his father, the most interesting — and infamous — stories about Jr. happened outside the newsroom.

Bennett Jr., who was born in New York in 1841, took over the paper when he was only 25 years old. After years of being educated in France and partying in Europe, he bore little of his father’s business acumen. That is not to say that Bennett Jr. was unambitious. He, too, was credited with a number of major “firsts.” Junior organized the first polo match and founded the first polo club in the United States. He was the New York Yacht Club’s youngest-ever commodore, and won the world’s first transatlantic yacht race. He was also the first person to bring a car to Bermuda (much to the displeasure of Mark Twain, of all people).

But his biggest claim to fame came from his drunken behavior at the home of his then-fiancée, Caroline May, in 1877. At some point during one evening Junior urinated into the fireplace (or possibly a piano). The scandal not only ended his engagement but also sparked a duel with his former future brother-in-law. Though no one was harmed, the aftermath prompted Junior to flee the country to Europe.

Somehow, Bennett Jr. found time to still run the Herald — and even expand it to include international editions. But despite his best efforts, Bennett Jr. couldn’t maintain his father’s success. The latter half of the 19th century saw the introduction and rise of papers like the New York Times, not to mention publications from Joseph Pulitzer and William Randolph Hearst. Only a few years after Bennett Jr. died in 1918, the Herald was sold, and in 1924 it merged with the New York Tribune, becoming the New York Herald-Tribune, which ran until 1966, when it finally shuttered for good. Since then, the Bennetts’ notoriety in the public eye grew dim. Perhaps the most lasting monument to the men is Herald Square, which still features a statue dedicated to the father and son. Though, as any New Yorker will tell you, the chaos of the area is little monument to anyone.

Meanwhile, other aspects of their legacy have been reexamined in light of Bennett Sr.’s virulent racism. For more than a century, the New York Fire Department’s highest honor was the James Gordon Bennett Medal, named for Senior after he endowed it to the department for saving his home from a fire. But in 2020, the prize was renamed after Chief Peter J. Ganci, the highest ranking officer to die in 9/11, after a yearslong push from the Vulcan Society, an organization which represents Black firefighters.