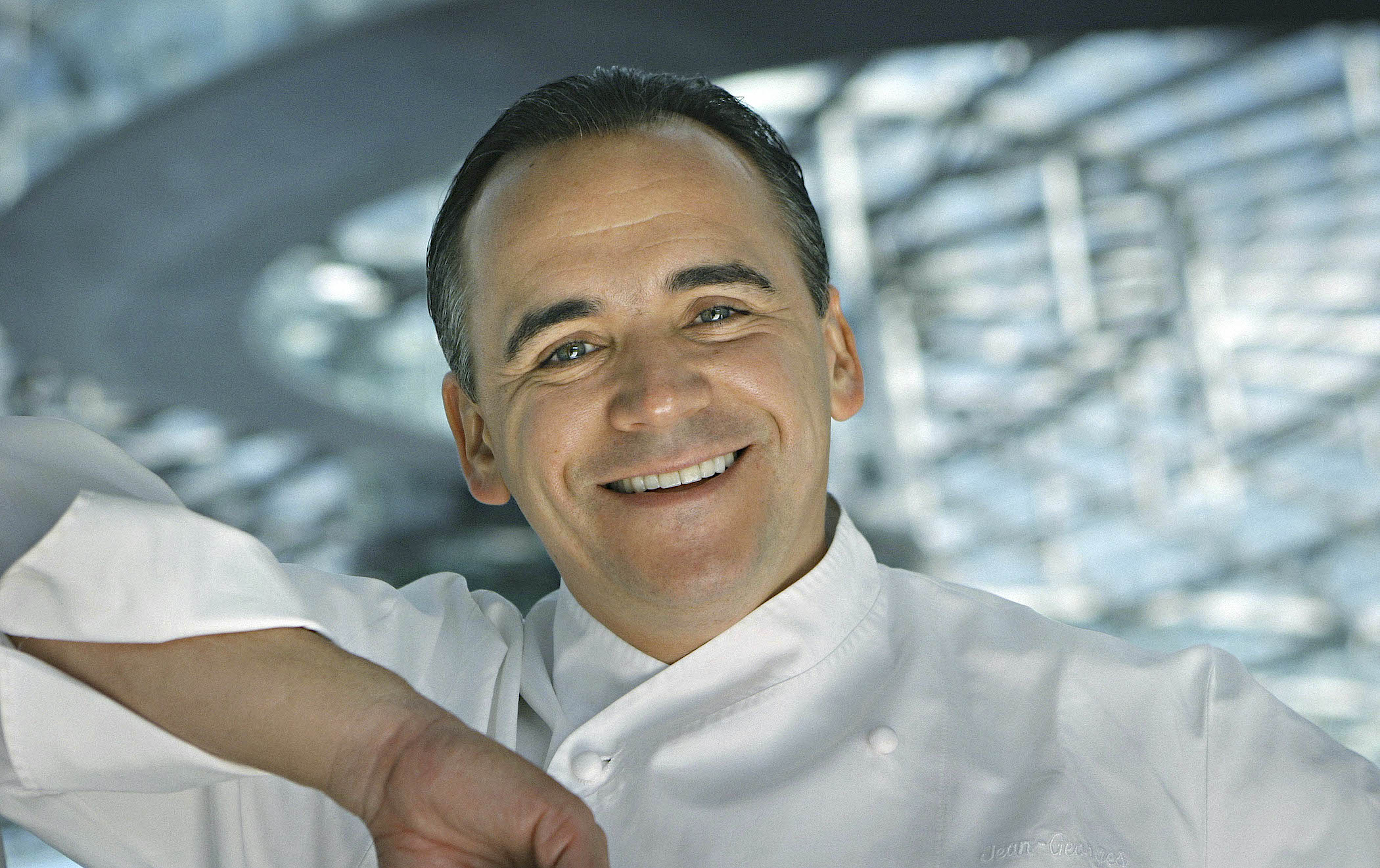 Voulez-vous poulet avec moi?
By Horacio Silva
CHEF’S KISS: Jean-Georges Vongerichten has used his time during lockdown to cook up new ideas for fine dining at The Mark Restaurant
Photo courtesy of The Mark Hotel

Chefs — they’re just like us. Take Jean-Georges Vongerichten, the city’s most celebrated chef and the name behind 39 restaurants around the world, including the flagship Jean-Georges on Central Park West and The Mark Restaurant at the exclusive Upper East Side hotel of the same name.

“Like the rest of the world,” he says on the phone from his home in the Hamptons, “I’ve been obsessed with food lately. For the first two months, I was cooking breakfast, lunch, and dinner. I have never done that in my life.”

Vongerichten speaks in a choppy manner that the French call haché. His sentences are as bloated as a gourmand and delivered with a breakneck speed honed from years of barking orders in the kitchen. But on this day, even after a trip to the dentist, there was no mistaking his meaning.

The absence of indoor dining in New York has been a blessing and a curse. The break has offered him the first real opportunity, for example, to re-think the flavors, menu, and presentation at The Mark, recently voted by Travel + Leisure as one of the best hotels in New York.

“It’s not easy to do when you’re operating at full pace,” he said. “So, it’s a good time to reinvent ourselves.”

Besides, people now have time to pay more attention to what they eat.

“Everyone is reading more cookbooks and watching food shows, doing cooking classes on Zoom, and their palate has improved,” he said. “They’re looking for better ingredients and analyzing dishes more than ever.”

But if anyone is up for the challenge, it’s Vongerichten. The chef responded to the city’s lockdown by being one of the first among the more rarified restaurants to offer to-go dining at The Mark. (The number of Upper East Siders walking the streets carting pizza boxes with Vongerichten’s best-selling truffle pie speaks to the popularity of the move.) And as the luxury hotel reopened on June 15, Vongerichten was thrown back in the mix straightaway, offering everything from meals on the terrace and picnics in the park to his famous hotdogs on the sidewalk.

“It’s the new normal,” he explained. “You have to be quick on your feet and be willing to try everything, to really pamper the neighborhood.” Nothing is off the table for The Mark, he continued, not even “three-, four- or five-course meals to go and have at home.”

In fact, his new fall menu is inspired by change and innovation.

“I think it’s a time to be less fussy and introduce new flavors and combinations of food,” he says. “Yes, it’s an organic chicken, but sprinkle it with licorice and it’s a new experience altogether. It’s a new challenge for sure,” he eplains, “but some restaurants are not going to reopen so it’s a good challenge to have.”

What was Ghislaine Maxwell Doing in New Hampshire?
Recommended for You
Living
Is This the Biggest Hamptons Party Season Ever?
City Life
This BMX Athlete Can't Get Enough of NYC Comedy Clubs
City Life
Alexandre Assouline Knows the Best Spot in NYC to Watch Le Football