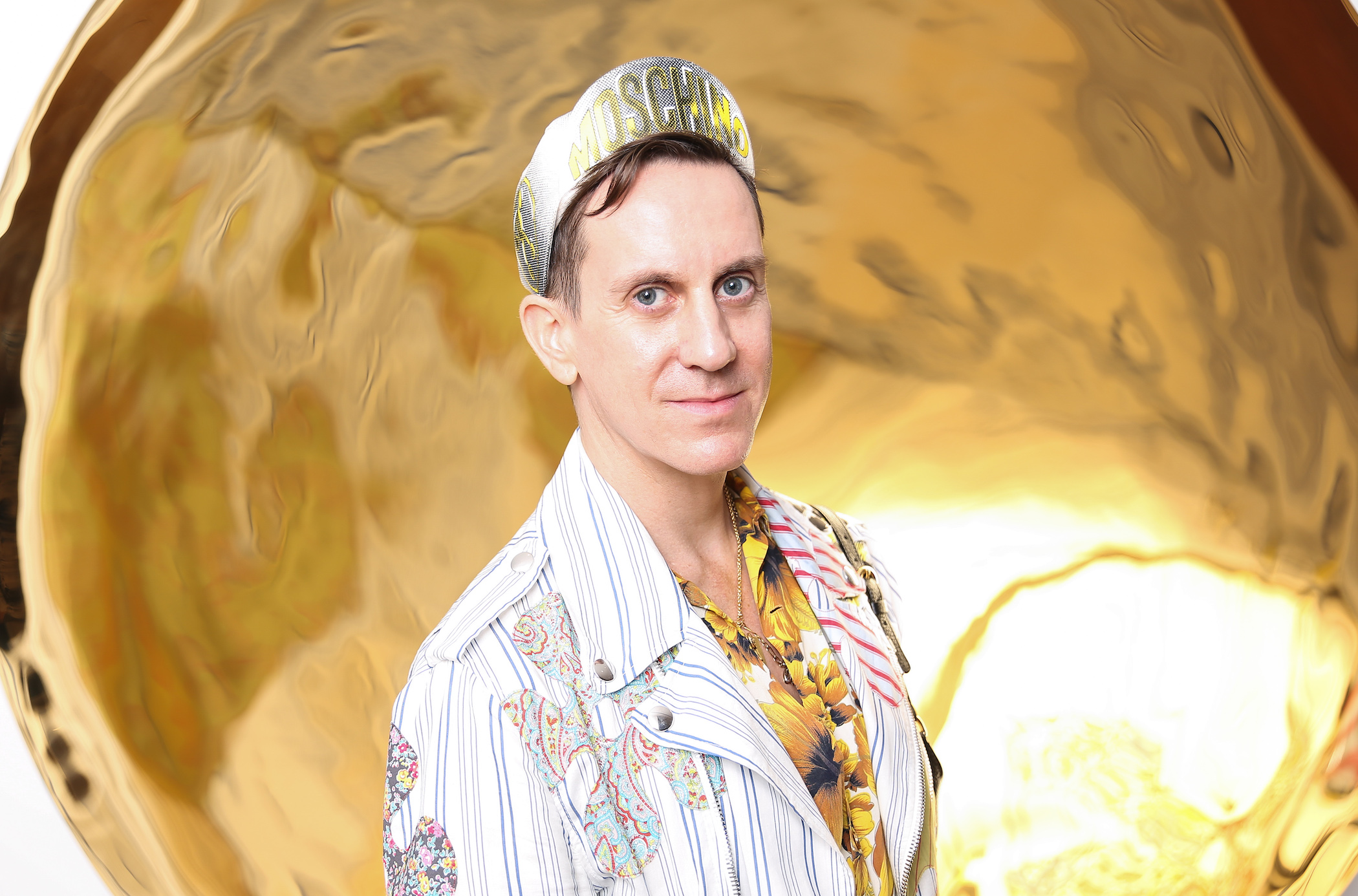 Jeremy Scott's Vision of NYC is a Lady Who Loves Wine

Don’t be fooled by the lavish red carpet, the bevvy of celebrities, or those viral bathroom pics — the Met Gala is tamer than fans might like to believe.

“By the nature of the Met, it’s never a rager. Do I love it? Yes. It’s a wonderful occasion to celebrate the hard work that we do as designers,” says Moschino creative director Jeremy Scott. “But I hate to burst the bubble of anyone thinking it’s a rager — it’s really not. Maybe the after party!”

While partying is not the thing Scott is most looking forward to getting back to now that things are opening up (that would be going to the movies) he does predict people will be in a festive mood.

“People are going to want to dress up more,” he adds, noting how events might be seen in a new light. “Maybe a lot of people took them for granted [before]. Now it feels special again. And if it feels special, you treat it special.”

One thing that will certainly be appreciated again is New York Fashion Week, the first with live events since the pandemic began. And Scott is one of the reasons for celebration: for the first time Moschino will present its Spring womenswear collection outside of Milan. (The brand’s 2019 show at the New York Transit Museum was a mid-season collection, and not part of an official fashion week.) The only casualty of this shift is that he will not be holding an event for his eponymous line, which is usually on the schedule.

The gala was part of the reason for his decision to change the show’s location. And as with the last time he brought Moschino to New York, his new collection will be a sort of love letter to the city, directly drawing inspiration from its residents. “I’m paying homage to a different kind of character of New York,” he teases. “I think of it as a ‘New York lady.’”

Well before September’s festivities, Scott has another project up his sleeve: the release of a limited-edition Pinot Grigio label he designed for Ecco Domani’s 25th anniversary. The milestone roughly lines up with the beginning of Scott’s career — a bit of trivia he drew upon in his concept.

“I thought about that kind of bold attitude I had for deciding to start on my own at an unlikely early age in Paris,” he explained. “I wanted to bring that attitude to the bottle, and also wanted to pay homage to aesthetics of the ‘90s that I love, which has this very postmodern Italian design vibe of the squiggly neon lights, checkerboard, and bold letters, shapes, and graphics.”