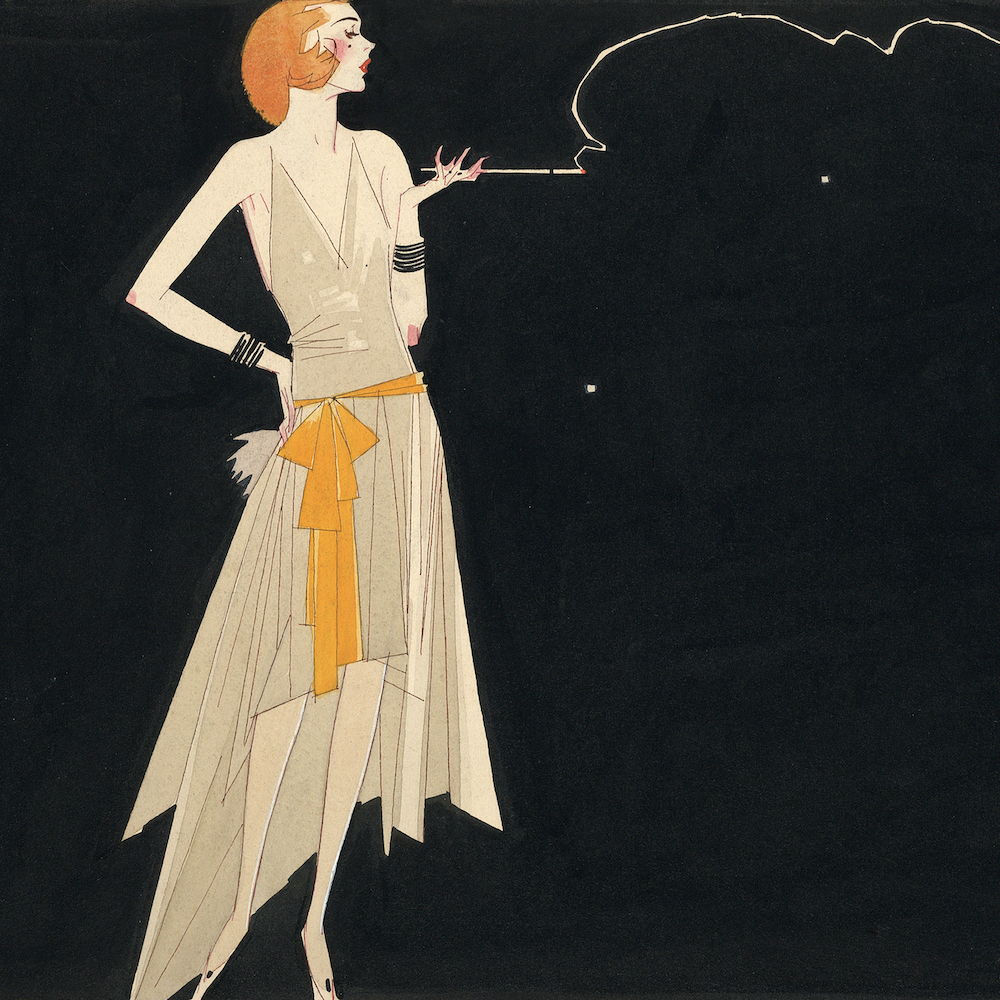 Meet the Author Putting a Feminist Spin on The Great Gatsby

Meet the Author Putting a Feminist Spin on The Great Gatsby

Jay? ZZZZZ
By Celia McGee
Vintage illustration by Russell Patterson of a flapper smoking a cigarette at night, 1920s
Illustration by GraphicaArtis/Getty Images

Search all you want through Beautiful Little Fools, Jillian Cantor’s crackerjack reimagining of The Great Gatsby from the female point of view. Nowhere will you find the famous scene in which Jay Gatsby, having finally lured Daisy Buchanan to the gaudy spread he has rented on Long Island’s Gold Coast across from the Buchanans’ old-money estate, pulls her upstairs to his bedroom and, throwing open his wardrobe, starts yanking out armfuls of the bespoke shirts he has imported from London, until they lie in heaps around her. “That scene isn’t there,” says the internationally bestselling author, speaking from the office where she writes at home in Tucson, Arizona, “because Daisy couldn’t care less about a bunch of shirts. They’re something Nick Carraway is fixated on, and Nick has a fixation on Gatsby.”

The Savile Row moment is signature F. Scott Fitzgerald, a distillation of Gatsby’s belief that money by the yachtload can buy him a future with Daisy, and a gesture about which, according to Cantor, Daisy would give not a single solitary fig. But a wedding dress? As Cantor tells it, Miss Daisy Fay of Louisville is pretty but not beautiful, fun-loving but provincial, a striving romantic already marked by private sorrows, and not a virgin (she and Jay Gatsby are lovers before the Great War). The wealthy Tom Buchanan — or really Tom’s intimidating mother — has paid for Daisy’s wedding gown.

“The dress was a dream,” writes Cantor, “form-fitting lace with a heart-shaped neckline and an excessive amount of pearl buttons — they wound all the way up from my backside to the nape of my neck.” Daisy’s best friend, the golfer Jordan Baker, is there, and buttons the last button. Then Daisy unwraps the extravagant pearl necklace Tom has sent her as a wedding present, with a price tag that Jordan lets slip: “So that’s what three hundred and fifty thousand dollars looks like on a necklace.” She fastens the clasp for Daisy. “In the mirror, the necklace was shimmering. But the weight of the pearls was unexpected, overwhelming. The necklace was so heavy it felt uncomfortable, almost like hands tightening around my throat.” Take that, Nick Carraway. And take this, Jay Gatsby: “As far as Daisy is concerned,” Cantor says, “Jay Gatsby is stalking her.”

Cantor first read Gatsby at 16 in high school in suburban Newtown in Bucks County, Pennsylvania, and the author, now 43, has reread it at least every two years since. “It is so beautifully written,” she says, “and I started to be fascinated by the idea of point of view. Fitzgerald chose Nick Carraway for his narrative perspective as an outsider. That always made me wonder about the women.”

She had plenty of time to speculate. Because The Great Gatsby was under strict copyright until this year, she couldn’t publish her X-chromosome version before then. Cantor, whose books are regular Oprah picks, is known for fiction featuring female protagonists caught in the crosshairs of history, whether Anne Frank’s sister Margot in the eponymous novel; Millie Stein in The Hours Count, about Ethel and Julius Rosenberg; or Marie Curie in Cantor’s last book, Half Life. Similarly, Beautiful Little Fools is told from the alternating viewpoints of four women: the doted-on Daisy; Our Lady of Golf, Jordan Baker; Tom Buchanan’s blowsy mistress, Myrtle Wilson; and Myrtle’s sister, Catherine, a minor character in the original who assumes a major role in Cantor’s novel. She is a suffragette no less, and a Greenwich Village bohemian who has a startling love affair. Cantor’s novel joins the recent tradition among such works as Madeline Miller’s Circe, Peternelle van Arsdale’s The Cold Is In Her Bones, Hillary Jordan’s When She Woke, and Margaret Atwood’s Penelopiad, of reframing classic myths and canonic literature so that women do the telling of their tales.

In researching her characters to fit the period, Cantor was especially enthralled to discover Careless People: Murder, Mayhem, and the Invention of ‘The Great Gatsby’ by Sarah Churchwell. “It’s a nonfiction book about the real murder on which Gatsby is based,” she says. “I decided to make my novel a murder mystery.”

Each of Cantor’s women knows her way around a gun. Where was each of them when The Great Gatsby’s shots were fired? “Every good novel has a secret at the center of it,” Cantor says. The more her layered plot came into focus, the more she realized it wouldn’t be a question of a single secret but of multiple relationships, events, feelings, and obsessions hidden away as desperately as Gatsby’s true past. For one, Cantor was struck by the scandal of Jordan cheating at the game she loves and getting thrown off the first professional women’s golf tour. The banishment seemed extreme to her. “I thought, ‘What if Jordan had a bigger secret? I always sort of thought she might be gay.’” In Beautiful Little Fools she is, adding a compelling dimension to the novel.

Simultaneously, Cantor suggests, the four women are not just united in tragedy but by the times they live in. This state of affairs and chain of historical events, Cantor says, have resonated for her as she has found herself living and working in a present that can feel precarious and unsafe. In Beautiful Little Fools, she says, “Daisy feels adrift and unmoored and without a home. I started writing this novel at the beginning of the pandemic, which I think had a similar effect on me. On top of which a huge wildfire erupted in the mountains behind our house.” Cantor lives with her husband, the president of a software company, and their two teenage sons in the desirable Catalina Hills section of Tucson, in a Mediterranean-style house built in the ’80s that she adamantly stresses has nothing Great Gatsby about it. “We almost had to evacuate,” she says.

The larger picture, she adds, shows a striking similarity between the periods when her novel and Fitzgerald’s take place and “so much of what we’ve lived through the last five years. Until I wrote my novel, I never really thought about the fact that the Roaring Twenties of The Great Gatsby were a response to the First World War and its ending, and the Great Influenza epidemic of 1918, that’s incredibly reminiscent of the pandemic.”

Cantor is more sanguine these days, and is already hard at work writing her next book. She doesn’t want to divulge too much, but allows, “It’s another female-focused book with a historical aspect, and it’s sort of connected to another famous novel.” The novel, she says, “is even more beautiful” than The Great Gatsby.” Readers, start your guesswork.