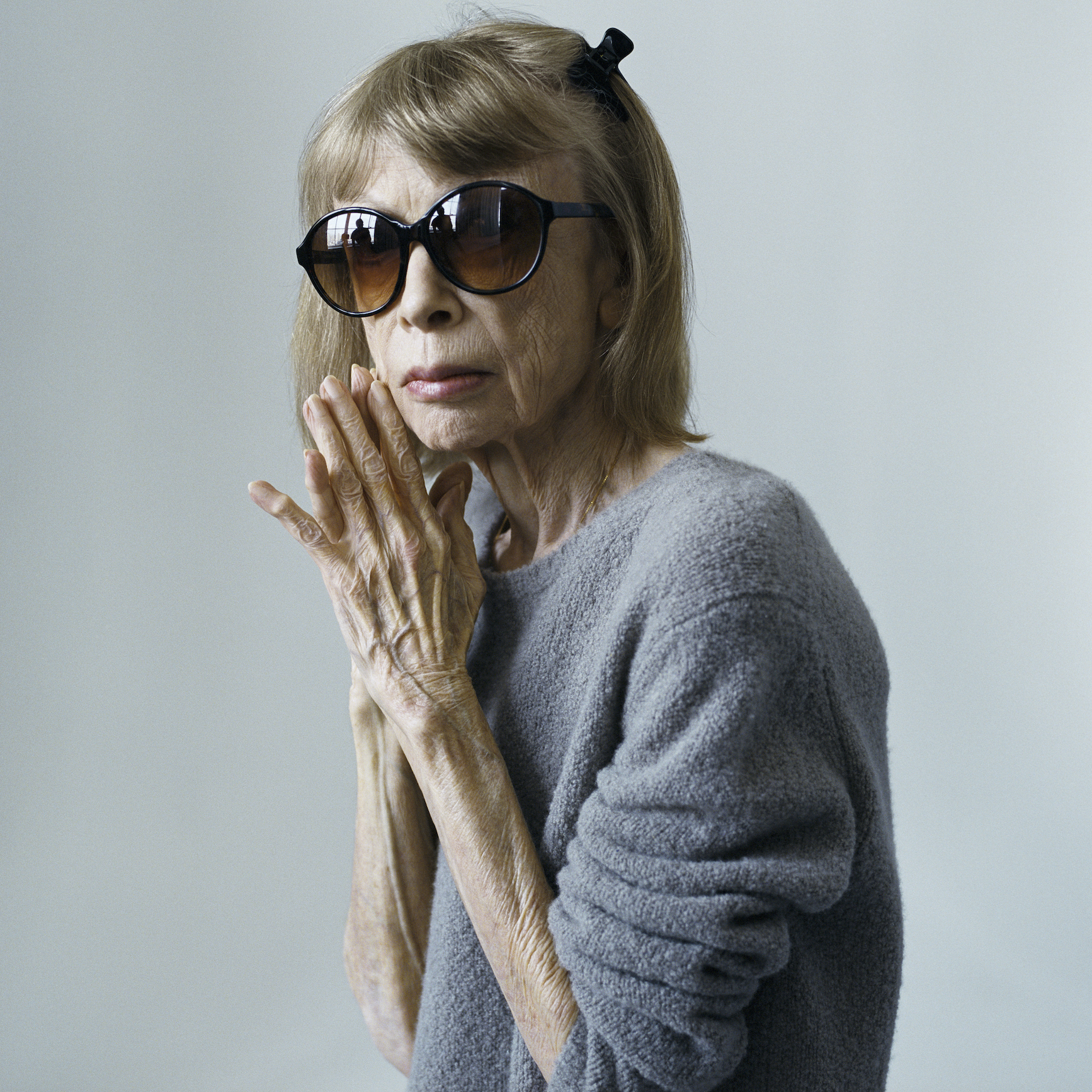 On the eve of releasing a new collection of essays, the author answers twenty questions
By Heather Hodson
JOAN’S TOWN The essayist and novelist has made her home in New York City, off and on, for more than 60 years
Photo by Brigitte Lacombe

What books are on your bedside table?
On my table, I have a book of Camilla McGrath’s photographs called Face to Face. I have Auden’s Collected. And I am rereading Elizabeth Hardwick’s Sleepless Nights.

Do you have a morning ritual? I read once that you only used to drink ice-cold Diet Coke out of a glass in the mornings.
Regular Coca-Cola, not Diet. Now I have fruit and coffee and read the paper. I save the Coca-Cola for lunch.

What can’t you do without?
I prefer to live with orchids.

Which is your favorite season?
I think it’s summer, but I don’t have a sense of having a favorite really.

What’s your worst habit?
Saying “no” to everything.

What’s your best habit?
Saying “no” to everything.

Who do you most often pick up the phone to talk to?
My nephew, Griffin.

Which is your favorite New York restaurant?
Elio’s, or Sette Mezzo.

Has there been a funny recent interaction with a fan or admirer?
I was invited to a young woman’s book club near where I live.

Have you ever been starstruck by meeting a person you admire?
No.

Do you have a guilty pop culture pleasure?
I can’t think what it would be.

Is there another city you would like to live in?
Honolulu, or Paris.

What’s your favorite view?
My favorite views are of water. The ocean from my deck in Malibu, the Sacramento River where I learned to drive. When I was young in New York, I used to walk to the West Side to look at the Hudson.

If you could learn something new, what would it be?
How to work my television.

Which word do you most overuse?
I don’t know.

When are you most relaxed?
Listening to music.

What’s the best piece of advice you have for writers?
I don’t give writing advice.

What do you love best about New York City?
People ask me this a lot. The answer is, I don’t know, I just love it.

If you could throw a dinner party and invite anybody you have known in your life, who would you invite and why?
Those who’ve died keep coming up. But I wouldn’t choose.

What’s the last thing that made you laugh?
My dog, Ellie.

Let Me Tell You What I Mean will be published on January 26 by Knopf.