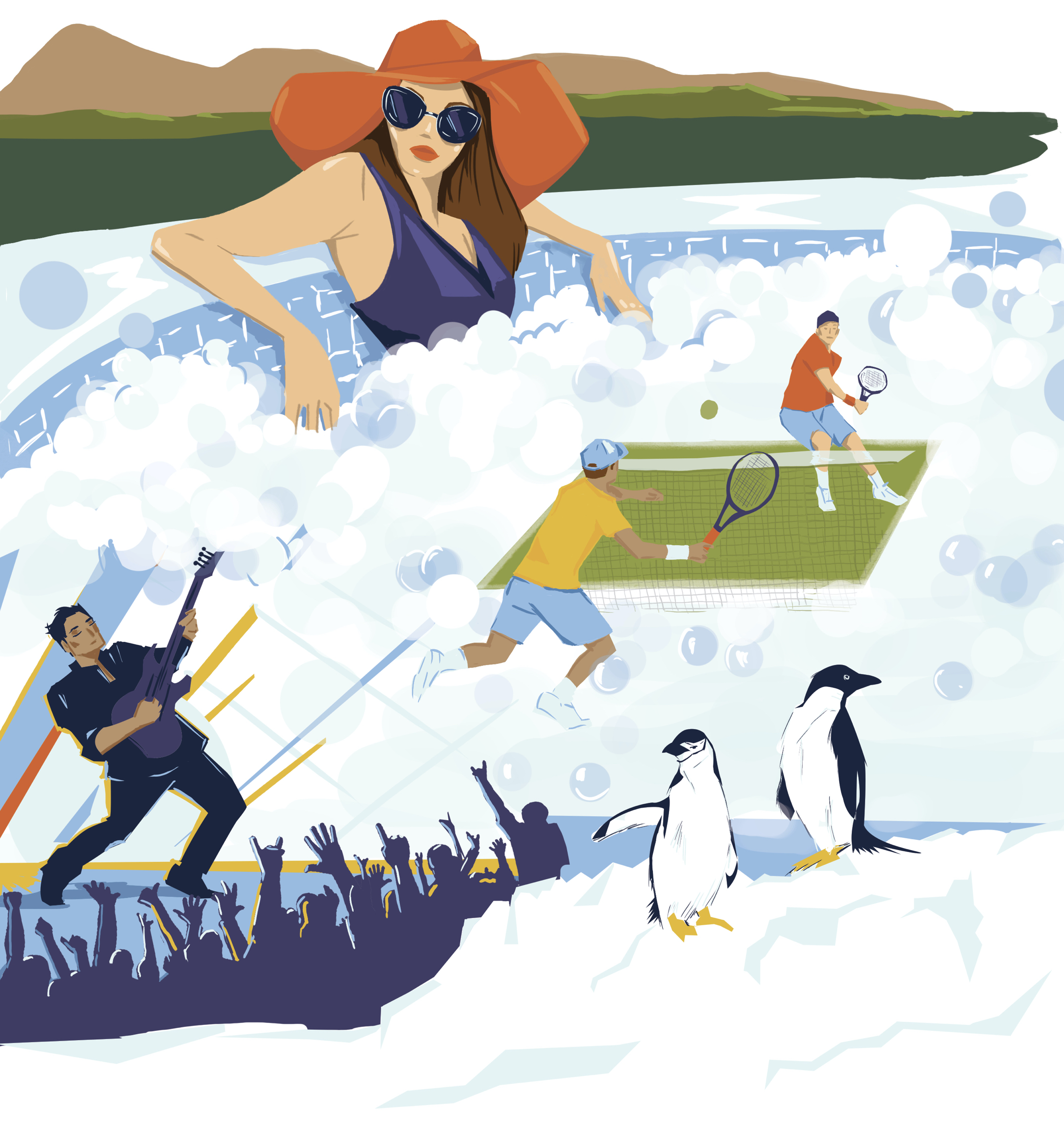 My Life as a Luxury Concierge Addict
Living

My Life as a Luxury Concierge Addict

My life as a concierge junkie began innocently enough 12 years ago, following a banner year on Wall Street. Today we are in a concierge boom, when every hedge funder and private equity type is a member of one bespoke “lifestyle service” or another. But back then the idea of paying six figures for an annual membership to elevate one’s leisure activities was novel. So I joined not just one, but two different services to help plan a family vacation.

Within days it was clear that the world is different for the concierged. All of a sudden, people, places, and things that would ordinarily have eluded me became accessible. I would dream up some once-in-a-lifetime experience, call the concierge, and then sit back and watch it materialize. First it was backstage passes to a sold-out Bryan Ferry concert, followed by an introduction to the singer himself. Next came lunch with a celebrity chef, and dinner at an impossible-to-book restaurant. Then I took it up a notch.

Our family flew to Uruguay, where we stayed at the most glamorous beach retreat in South America, sipping cocktails by the infinity pool amid installations by James Turrell, Zaha Hadid, and Anselm Kiefer. In Patagonia we bobbed about on a boat while observing a colony of rare penguins, an expedition inaccessible to mortal tourists. It was only back on shore that we figured out that our companions were a Fortune 500 chief executive and his family, and the stocky man in military issue boots (who checked under the cars each night for bombs) was his bodyguard. When you are in the concierge club — endangered penguins be warned — this is how you roll.

I was ruinously blowing through money, but living in concierge Technicolor makes it hard to return to travel agent gray. By the summer of 2012, when my addiction was out of control, we took the family to the London Olympic Games. My English friend, along with the rest of the British public, sat at a computer for hours each night, hitting the refresh button on the Olympic Games website, in hopes of scoring a ticket. As the games rolled on, the rarest ticket of all became access to the men’s tennis final between Britain’s Andy Murray and Swiss superstar Roger Federer.

Our tennis-obsessed son begged and pleaded, so I grimaced at the expected cost, but called the concierge anyway. “A pair of tickets to the men’s singles final? Consider it done.” (To this day, the word “concierge” can bring tempers to the boil in my friend’s house.) For the price of a small car, we purchased two tickets to the 12 p.m. final.

That morning, we set off to the concierge’s London outpost, but when we arrived, something was amiss. The manager was very sorry, but the tickets no longer existed. Our son’s face fell; his lip wobbled; the concierge looked pained. He bustled off to make a call. Minutes passed. The clock ticked toward midday. More waiting, then a sudden flurry of activity, and the concierge rushed us into a black cab, saying mysteriously, “The passenger waiting inside will take you to the tickets.”

It all felt slightly ominous, like a Cold War spy thriller. Behind the Access All Areas lifestyle of the concierge member is a phalanx of smart professionals in tailored suits — and behind them are the fixers, who have legions of VIPs on speed dial.

Our taxi companion, firmly in the latter category, greeted us with the words “I heard a child was involved, and I don’t like to disappoint children.” The cab driver took off at speed, our companion talking rapidly about World Series and Super Bowl tickets, and partying with the NBA players who were in town for the Games.

Finally we screeched to a halt in front of a dingy pub full of sports fans and cigarette smoke; our man leaped out, disappeared into the fog, and reemerged one minute later flourishing an envelope with the golden tickets — just in time to make the final.

How did it all happen? Best not dwell on that, or certain other matters (such as the 2016 scandal when International Olympic Committee members were busted selling tickets illegally.) Suffice to say my son and I enjoyed that momentous day in British Olympic history from some of the best seats on center court. What I learned then and know now is: nothing succeeds like access.