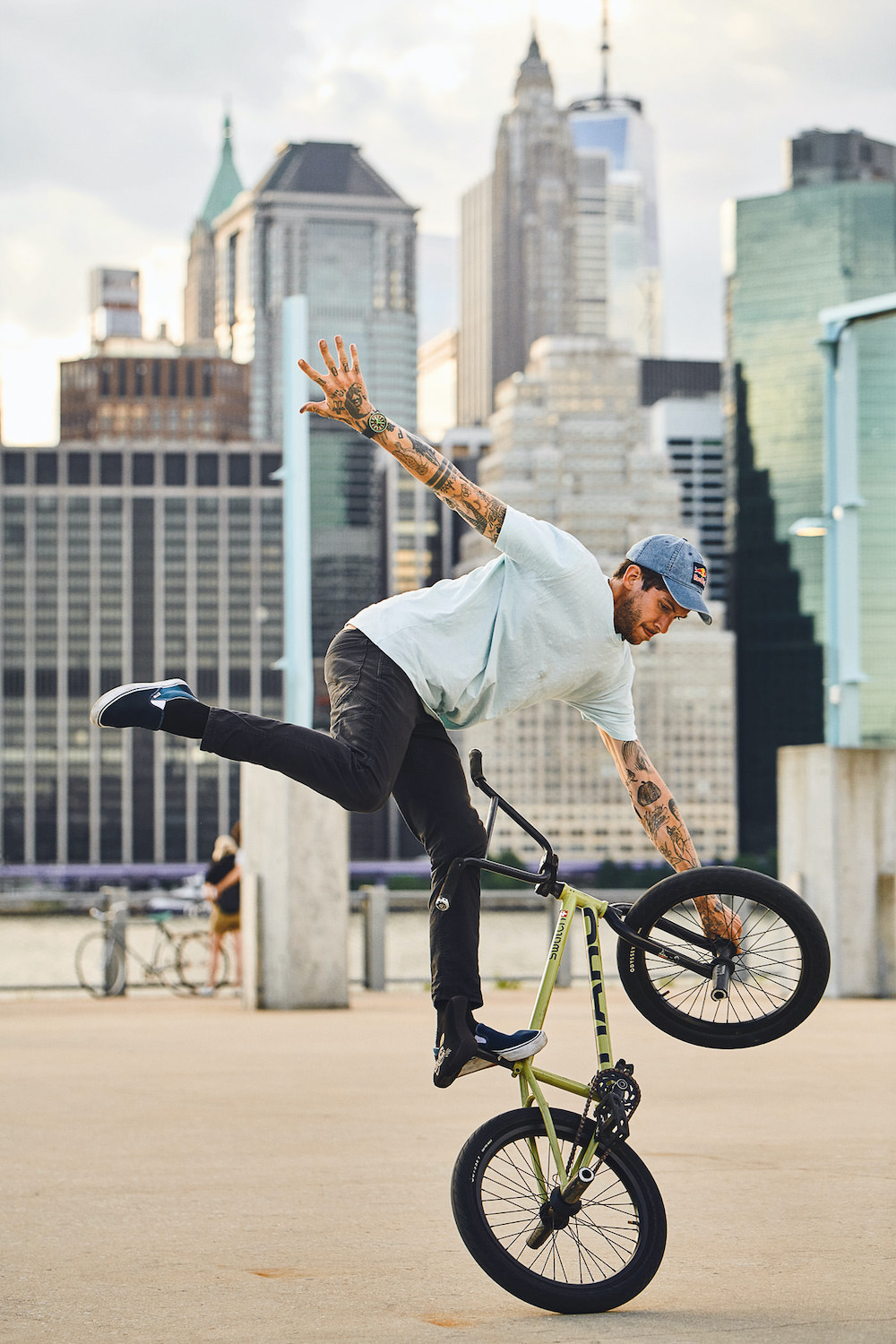 This BMX Athlete Can't Get Enough of NYC Comedy Clubs

For someone who has made his career on a bicycle, New York City’s shutdown provided a unique opportunity. “It was crazy,” says Matthias Dandois, an eight-time BMX flatland world champion. “I had New York literally for myself… like in Vanilla Sky, when [Tom Cruise] is by himself in Times Square — it was exactly the same.”

In flatland, unlike other forms of BMX that include ramps and jumps, riders come up with creative, freestyle tricks and choreography on a completely level surface. The sport has taken the Paris native across the globe. He only recently settled in New York, where he has several French friends, a few years ago.

“Moving to New York City was kind of a brain opener because something different is happening every day,” he says. “Especially riding BMX in the street, you [always] meet someone different, interesting, crazy.”

Dandois (who has had the “I ♥ NY” logo mixed with “BMX” tattooed on his inner wrist for about 20 years) is a resident of TriBeCa, and enjoys lower Manhattan features like Battery Park and the volleyball courts along the Hudson River. But if there’s one thing he and his girlfriend — model Constance Jablonski, another French expat who has called New York home for 12 years — particularly enjoy, it’s stand-up comedy.

“We spend a lot of time at the comedy club,” he says with a smile. “Right now it’s closed. But I can’t wait for it to open and come back. Hearing those guys cracking jokes… we will need that.”