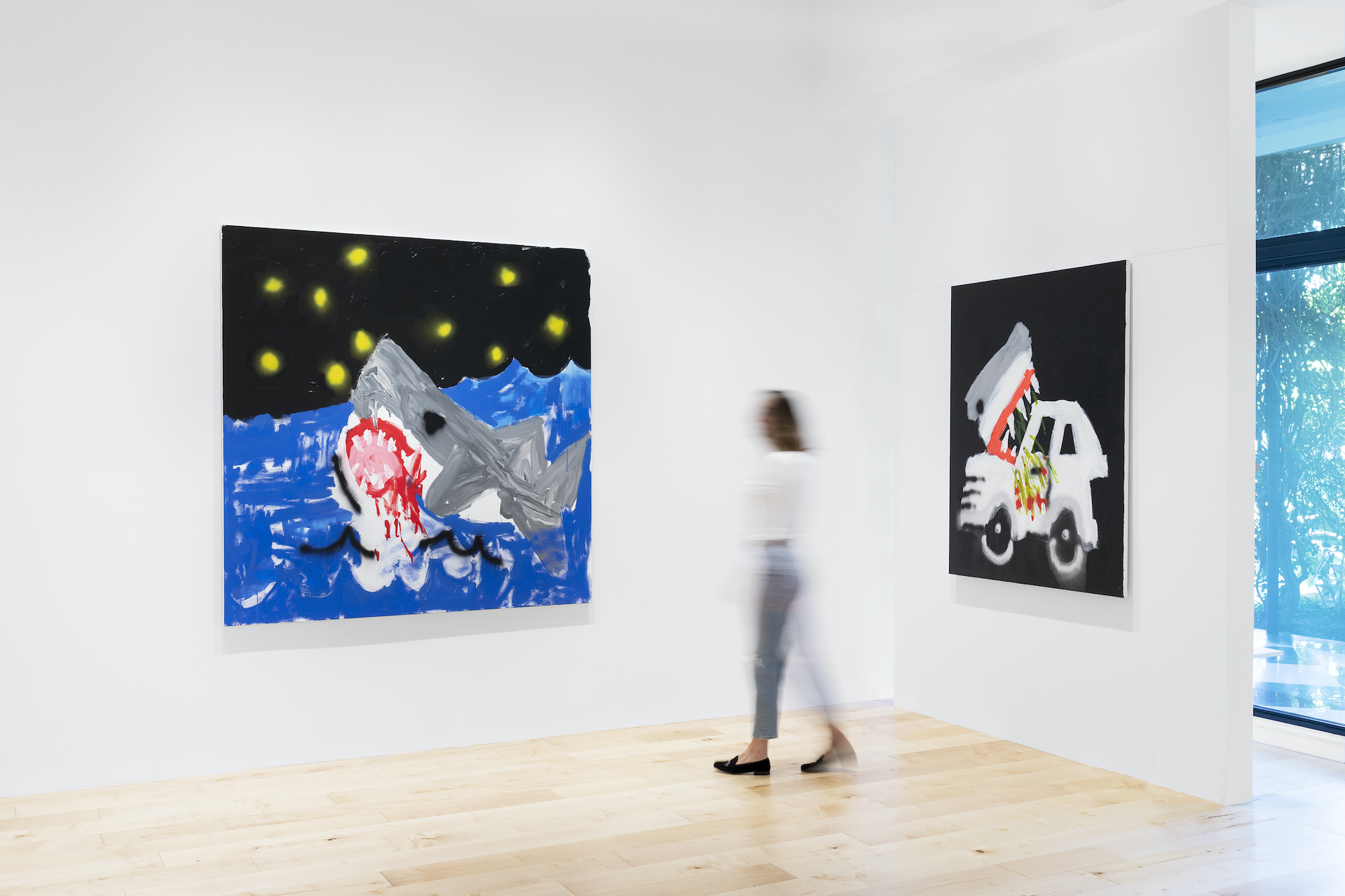 Pretty pictures in the city and Out East
By Angela M.H. Schuster
ART CRAWL An installation view of Robert Nava's Pace show in Palm Beach this past winter
Photo courtesy of Pace Gallery

Art is everywhere you look this summer. Avenue rounds up some of the best on view both in the city and on Long Island’s East End. Be sure to catch these shows before the season ends.

For his first solo exhibition in the Hamptons space, Los Angeles–based artist Henry Taylor is presenting a focused selection of recent paintings and sculptures, including many created during his residency and show at Hauser & Wirth Somerset. Among the highlights is a suite of paintings from his Jockey and Caddy series, including Untitled, an acrylic on canvas from 2018.

“The works on view reflect Taylor’s interest in the full breadth of the human condition, and the social movements and political structures that have shaped it,” says Iwan Wirth, adding that his highly personal visual vocabulary is rooted in depictions of the people and communities closest to him, layered with broader cultural references.

This summer, visitors to the High Line are being treated to trio of large-scale outdoor works in bronze by American sculptor Alma Allen, presented by the Kasmin Sculpture Garden amid a “rewilded” urban meadow on the rooftop of its West 27th Street space. The exhibition continues with more than two dozen “small bronze talismans,” some studies for larger commissions by the artist, who casts and finishes sculptures at his on-site bronze foundry at his studio in the hills of Tepoztlán, Mexico.

“Robert Nava’s work reveals a new contemporary mythology with his chimeric beasts, part children’s fantasy, part expressionistic composition, exploiting the intersection of the playful and the threatening,” says Pace president and CEO Marc Glimcher. This summer, his gallery is presenting a solo exhibition featuring new paintings and drawings by the Brooklyn-based artist, who recently joined the Pace roster in its East Hampton space.

Often created to the vitalizing beat of deep house music, Glimcher explains Nava’s large-scale paintings “conjure a realm awash in magic and possibility, where beings are always seemingly on the verge of transmogrification. His images of fantastical beasts exude a playful candidness that defies the pretensions of high art and invites viewers to reconnect with the unbridled imagination of their childhoods.”