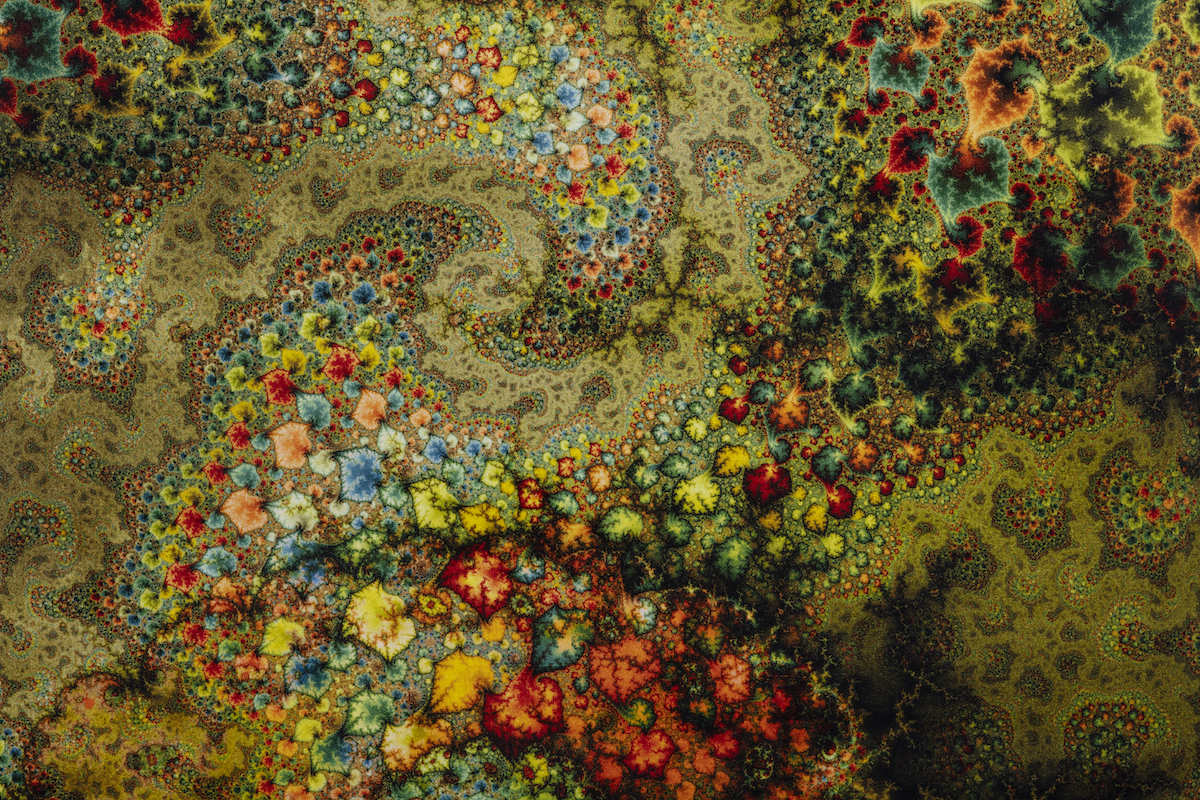 “I am excited to showcase the work of Scandinavian artist Anna-Eva Bergman, who emerged from the trauma of World War II with a single-minded devotion to painting the sublime,” says Emmanuel Perrotin. The gallerist is presenting a survey of 50 works, along with a new monograph on the artist, an important figure in European postwar abstraction whose work has been long overshadowed by that of her husband, Hans Hartung. “Inspired by the severe modernism of the Norwegian coastline,” Perrotin explains, “Bergman created a foundational vocabulary based on the abstraction of landscape into reduced forms, using metallic leafing to reflect the beautiful Scandinavian light and a deep inner spirituality.” Among the highlighted works on view is N°59-1962 Petit feu or sur noir (Small golden fire on black, 1962), a luminous tempera and sheet metal on canvas.

“In his first exhibition in New York since 2018, the British artist’s monochromatic oil works explore their own materiality, sculptural presence, and transmutative nature,” says gallerist Alex Logsdail, adding that, “the artist’s finished surfaces blur the boundary between painting and sculpture.” Notable works on view include his oil on aluminum Untitled (Viridian light/Scheveningen green deep), 2022. Working in pigment, acrylic, oil paint, graphite, and cast metal, Martin interrogates the fundamentals of painting, and channels a minimalist approach through an expansive yet controlled use of color, brush, and medium.

“Following a presentation of her work at this year’s Venice Biennale,
and ahead of her inclusion in the Biennale de Lyon, we are delighted to
present the first major solo exhibition of new paintings by Los Angeles
artist Christina Quarles,” says gallerist Marc Payot. Among them: Caught
Up, an acrylic on canvas from 2021. In explaining her practice, the artist — a self-described queer cis-woman, born to a black father and a white mother — says, “There are perspectival planes that both situate and
fragment the bodies they bisect — location becomes dislocation as I engage
with the world from a position that is multiply situated.” Many of the
works in the show were created during the artist’s 2022 residency at the
gallery’s Somerset location and draw inspiration from the local culture and
surrounding landscape of the English countryside, expanding upon her
instinctual approach to figuration and richly layered visual vocabulary.

Do Ho Suh makes his long-awaited return to New York in his 11th solo show since joining the gallery’s roster more than two decades ago. Best known for his multidisciplinary practice, the Korean sculptor and installation artist questions notions of home, memory, marginality, and the correlation between psychic and physical space through the creation of architectural volumes and quotidian objects, many rendered in ethereal multicolored mesh such as his multipart Jet Lag (detail), 2022. The exhibition includes a group of his celebrated “Specimens,” autobiographical sculptures that represent disparate elements — fixtures and objects — found in his past residences and studios.

For this 12th exhibition with the gallery, David Zwirner is presenting new works by the German artist from his d.o.pe. series, its title a reference to Aldous Huxley’s 1954 autobiographical volume, The Doors of Perception. Using a specialized software program, the artist creates fractal patterns that are then printed onto industrial carpets. “Channeling the beauty of mathematics to challenge human perception, Ruff has produced digital imagery that appears at once natural and artificial,” says the gallerist. “In many ways, it recalls the highly detailed and exuberant Northern Renaissance style of artists such as Hieronymus Bosch and Matthias Grünewald.” A case in point: Ruff’s, d.o.pe.01 (2022).