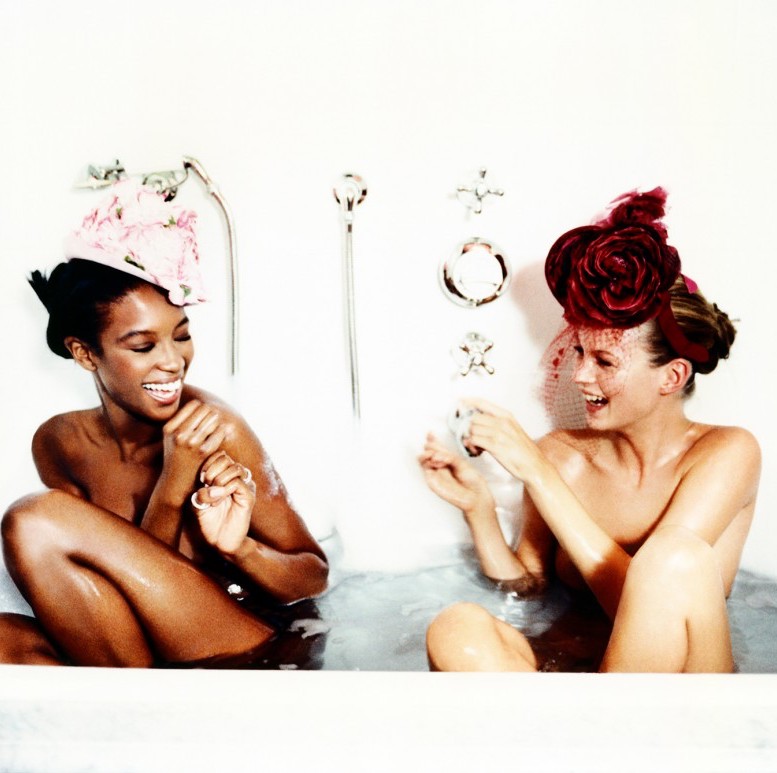 February Exhibitions at Fotografiska, The MoMA and The Guggenheim
Culture

February Exhibitions at Fotografiska, The MoMA and The Guggenheim

Fotografiska, which opened in Stockholm in 2010 and stuck its flag in Talinn, Estonia, this year, has thrown off a spore in the Flatiron District, unveiling a six-story, 45,000-square-foot faux-Gothic tabernacle to this most modern of arts. Ellen von Unwerth is among the artists inaugurating the space, and coming attractions this spring include solo exhibitions by two photographers known for visually complex tableaux—the Brit Nick Brandt, and Missouri-based Julie Blackmon. (These contemporary photography installations belie the self-styled billing of “museum.”) Roman and Williams will also be delivering one of their deft and distinctive restaurant-bar-cafés on the second floor. Fotografiska’s next but assuredly not final stop? London.
Fotografiska New York, 281 Park Avenue South

Donald Judd at the MoMA

While his name is now synonymous with the Minimalist movement of the 60s and 70s, but before he was Judd the artist he was Judd the art critic, writing prodigiously throughout his career on the subject of space: literal space, illusory space, spiritual space, no space, architectural space. “Three dimensions are real space,” he wrote in 1965 in his groundbreaking essay “Specific Objects.” “That gets rid of the problem of illusionism…Actual space is intrinsically more powerful and specific than paint on a flat surface.” For Judd, whose retrospective opens in March, the conventions of painting, whether abstract or representational, were concepts he refused to flatter. Instead he believed the artist’s search for the new involved, both in his own work, and that of his contemporaries, a central philosophic question: what is space, how is it defined, and how is it held and activated? From his earliest fabrication—a freestanding piece in wood, masonite, and an asphalt pipe exhibited in his solo show at the Green Gallery in New York in 1963, he explored 3-D in such non-traditional materials as stainless steel and colored Plexiglas, rendered as stacks, sequences, and blocks in myriad configurations, often startlingly scaled. Judd had radical opinions about architecture in general, and museums in particular, as well as on how his work should be installed, and for how long. He believed that the ideal places to see his art were within the very buildings and spaces he lived and worked. First was at 101 Spring Street in Manhattan, the five-story cast-iron building he took ownership of in 1968. Then on to Marfa, Texas, where he began purchasing buildings in 1973, and where he would continue his work until his death 21 years later at the age of 65. Considerably more open access is availed at MoMA’s minimalishly titled retrospective, Judd. It brings together sculpture, drawings, paintings, and rarely seen works from throughout Judd’s career, and is the first American exhibition in more than 30 years to map his entire evolution.
Judd is at the Museum of Modern Art, 11 West 53rd Street, from March 1-July 20

Dutch starchitect and cult figure Rem Koolhaas is known for his buildings around the world that seem to outmaneuver gravity, such as Beijing’s CMG headquarters, with its two conjoined towers that locals call “big pants.” But after four decades focused on urban spaces, Koolhaas has turned his focus to the countryside and how climate change, migration, and tech companies are radically altering it. All will be explained in Countryside, The Future, an immersive installation going up in the Guggenheim rotunda this spring. The work is based on original research already under way by Koolhaas and AMO (the think tank of his firm, Office for Metropolitan Architecture, which he cofounded in 1975).
Countryside: The Future Solomon R. Guggenheim Museum, 1071 Fifth Avenue, at East 88th Street

Amy Hargreaves Shares Her Favorite Spots on the Upper East Side