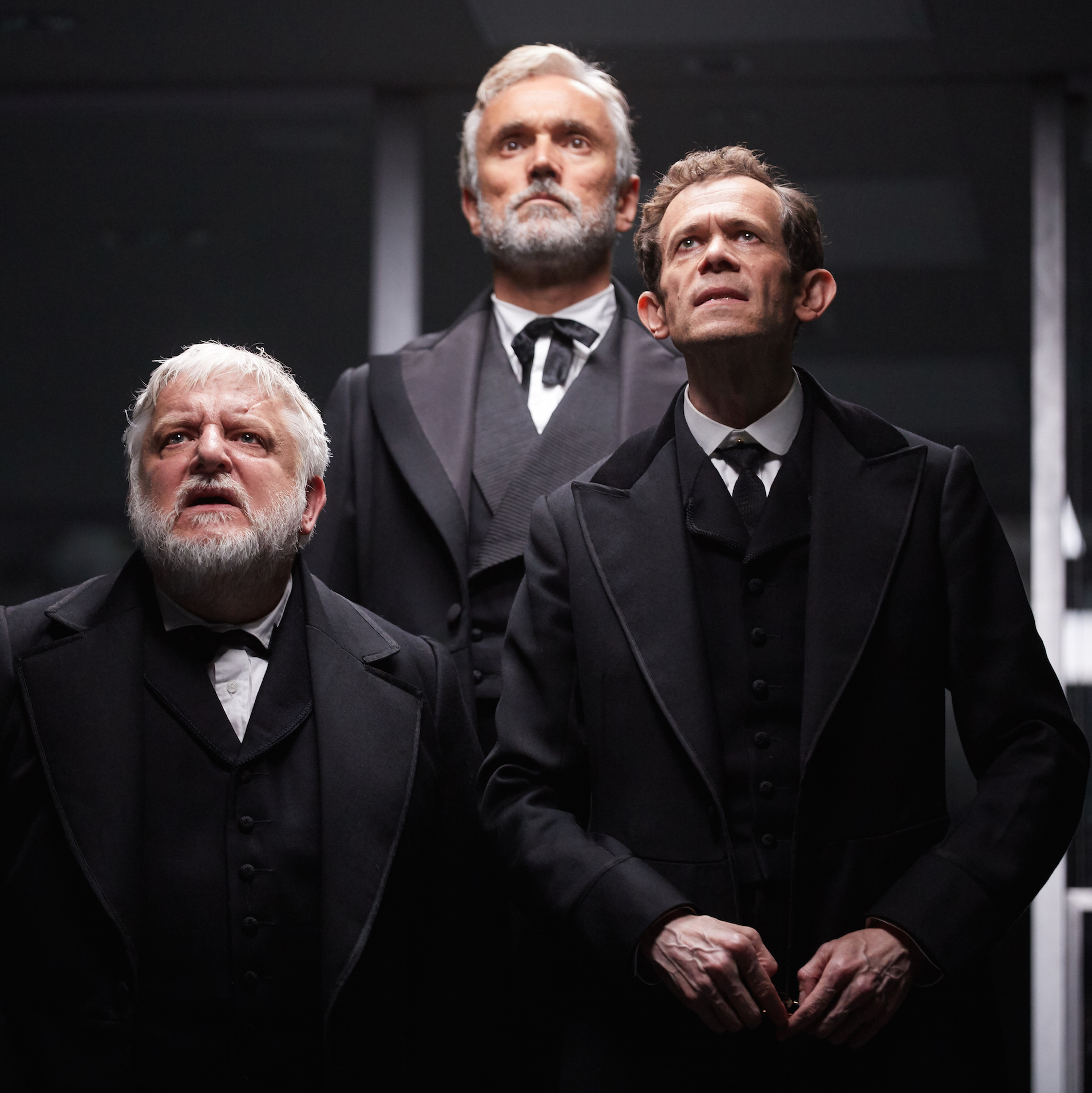 Simon Russell Beale, Ben Miles and Adam Godley in The Lehman Trilogy at the National Theatre.
Photo by Mark Douet

My Name is Lucy Barton

“Lonely was the first flavor I had tasted in my life,” writes Elizabeth Strout in her bestselling novel of 2016, My Name is Lucy Barton. “It was always there, hidden inside the crevices of my mouth, reminding me.” In Rona Munro’s theatrical adaptation, Laura Linney plays the protagonist-narrator, laid up in hospital from a back-fired operation with her estranged mother at her bedside. There’s little action per se in this production, which premiered in London in 2018 to great acclaim, but it’s a must-see for British director Richard Eyre’s understated staging, and a mesmerizing performance from Linney, who effectively gives a 90-minute soliloquy.
Manhattan Theatre Club at Samuel J. Friedman Theatre, 261 West 47th Street (from January 6)

If you missed Sam Mendes’s thrilling rendition of The Lehman Trilogy last year at the Park Avenue Armory, it returns this March after a sell-out London run, the superb original cast intact: Simon Russell Beale, Ben Miles, and Adam Godley. Stefano Massini’s epic play about the mutable fortunes of the banking dynasty is sweeping in scope, and raises profound questions about the the American Dream far beyond the demise of Lehmans.
Nederlander Theatre, 208 West 41st Street (March 7-June 28)