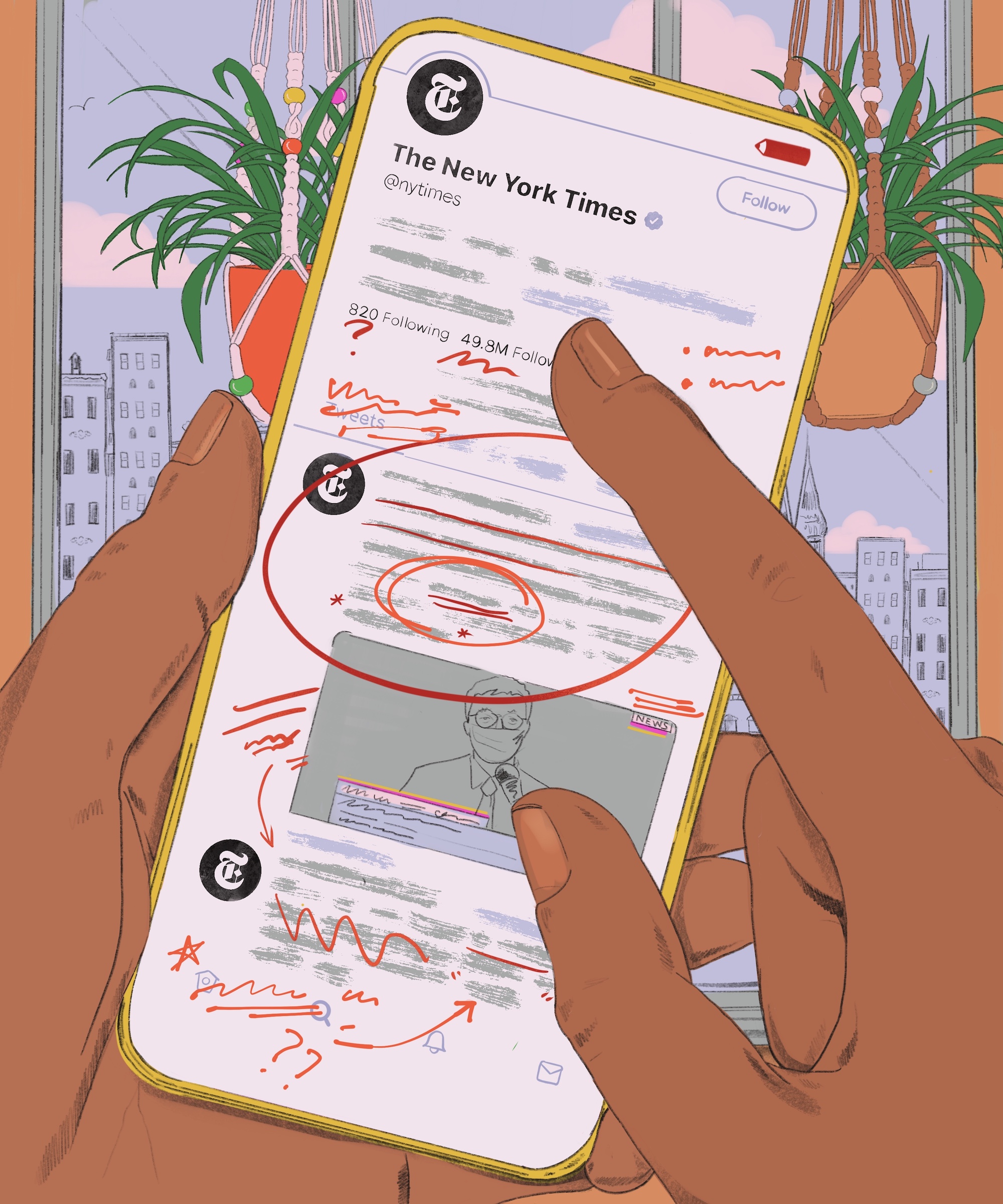 “I am an appellate lawyer and persnickety dude. As a hobby, I correct typos in the Times, which no longer employs copy editors and consequently has tons of typos.”

That’s the characteristically concise bio offered by Twitter user @nyttypos, an anonymous account that delights in antagonizing the New York Times, as well as many of its journalists by name. In thousands of broadsides aimed at the so-called Paper of Record, sometimes dozens a day, he corrects mistakes in spelling, punctuation, and grammar for an audience of more than 23,000 followers. No detail is too picayune to call out, from an improperly italicized quotation mark to a missing comma. “Gibberish” is a word he frequently uses to describe the paper’s tweets.

Speaking over the phone from a cell number with a Pennsylvania area code, the government lawyer in his mid-30s (whose identity Avenue has agreed not to disclose) said he relies on a 2015 copy of the paper’s internal style guide to make his corrections.

“Sometimes they’ll tell me, ‘Well, you’re relying on this old style guide,’ and that ‘we’ve changed and we view the CDC as a singular and not as a plural as we used to,’” he said. “And then I correct people over that.”

One reporter who is sometimes a target, and who seems to enjoy sparring with the account on Twitter, is business section media columnist Ben Smith.

“I’ve always appreciated people on the internet helping make the work better,” Smith told Avenue in a deadpan e-mail. “So, of course I appreciate it.”

Not everyone feels so kindly about the criticism, however. “Occasionally, people do make comments on Twitter complaining about my tone,” Mr. Persnickety said. “They’ll say, ‘You’re complaining about the placement of an apostrophe during a pandemic!’”

One culture desk reporter was especially aggrieved by a correction to a tweet about the Academy Awards. “The next morning, I see this notification that she says that she was having a bad day. And she theorizes maybe I knew that, because I looked up her Twitter and read her tweet, and so I shouldn’t have” piled on, he said, adding that he remained unmoved. “I mean, if they’re having a bad day, I don’t think that I’m going to ruin their bad day because I’ve mentioned that there’s a typo in their article.”

Being a government attorney, and not tethered to billable client hours as he would be in private practice, is perhaps what allows him to scrutinize the Times in such detail. But what do his friends and family think about his unusual hobby?

“I think that, knowing me, it doesn’t seem to surprise them,” he said. “Nobody really has anything negative to say about the whole thing other than, you know, suggestions that I ought to be nicer.” To which his response is “No.”

Asked what other career he might have considered had he not been a lawyer, he said that he had always wanted to write films. This might surprise people who imagine that he is desperate to be a copy editor.

“No, I wouldn’t like that,” he said. “It seems a little insignificant to just copy edit.”

Mugrabi Divorce Settled: "She Asked for $100 Million"
Recommended for You
Feature
Inside the Dramatic Rise and Fall of Phoenix House
Humor