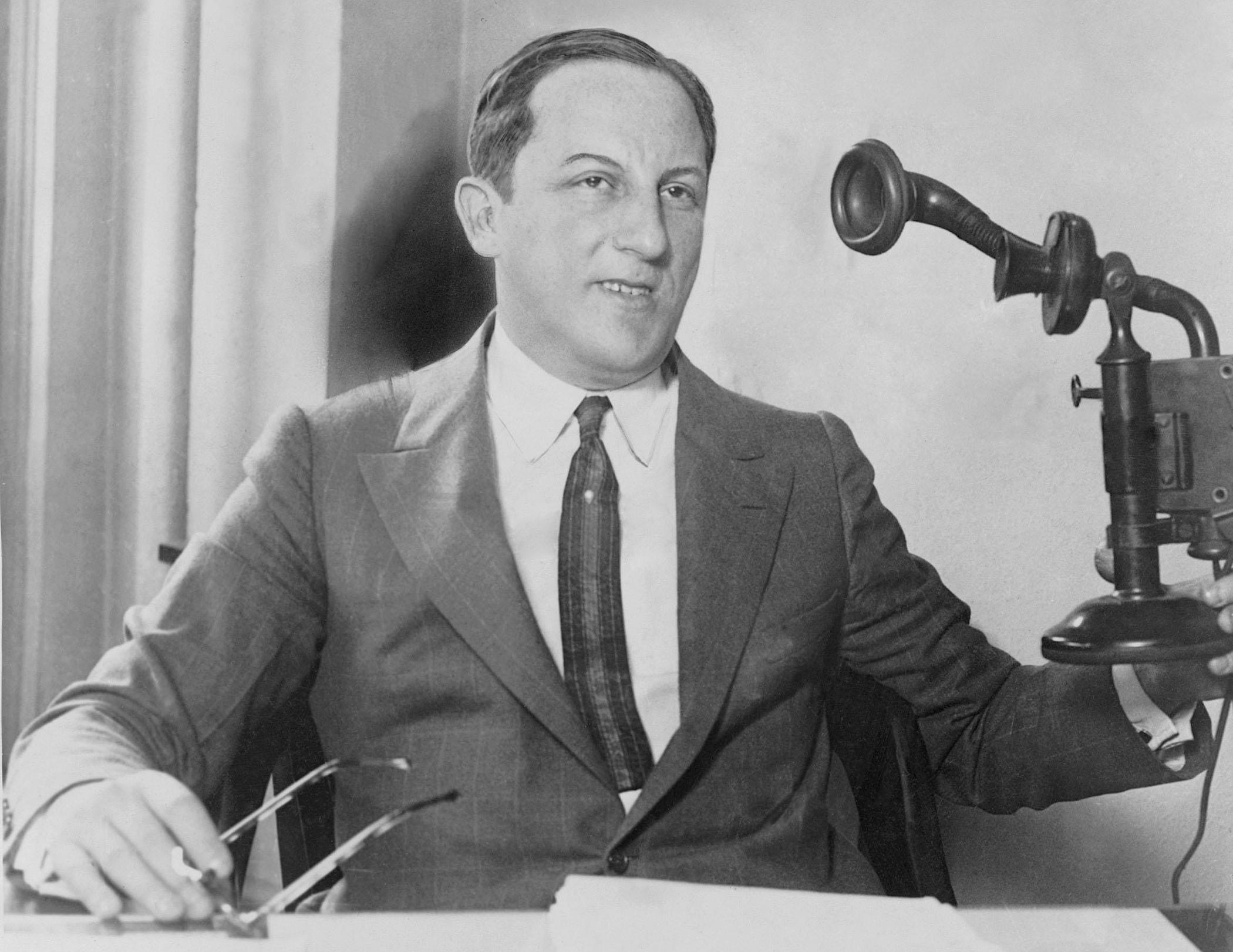 How Arnold “the Brain” Rothstein Modernized the Mob
City Life

How Arnold “the Brain” Rothstein Modernized the Mob

While legendary mob kingpins such as Meyer Lansky, Bugsy Seigel, and Charles “Lucky” Luciano have come to dominate gangster lore, it was Arnold Rothstein who, in the early years of the twentieth century, put the “organization” in organized crime. Rothstein was the first to treat his criminal dealings as “big business,” with attention paid to every detail.

“He literally transformed organized crime from a thuggish activity carried out by hoodlums, into… a corporation, with himself at the top,” says crime writer Leo Katcher.

Long before his exploits were immortalized in the HBO series Boardwalk Empire, the notorious crime boss served as inspiration for the shady Meyer Wolfsheim in F. Scott Fitzgerald’s The Great Gatsby. Like his fictional counterpart in the novel, Rothstein is rumored to have orchestrated the “Black Sox Scandal” in which eight paid-off players from the Chicago White Sox threw the 1919 World Series to the Cincinnati Reds, creating a windfall for bookies in on the scheme.

Nicknamed “the Brain,” Rothstein was a gambler, racketeer, bootlegger, and drug lord who quickly rose through the ranks of New York’s Jewish mafia.

It was an unlikely career path for a man born in 1882 to Abraham Rothstein, a prominent Manhattan businessman and philanthropist, so beloved within the Jewish community he was known as “Abe the Just.” (Taking a different path, Rothstein’s older brother, Harry, would become a respected rabbi.)

But upholding family tradition was of little interest to “the Brain,” who chose to devote his intellectual gifts to calculating the odds in poker and craps, strategizing — and profiting from — games based on luck. Over time, he expanded his portfolio, channeling his ill-gotten gains into loan sharking ventures, horse races, and ultimately the establishment of his own casino in midtown Manhattan.

By the early 1910s, he was raking in cash, which afforded Rothstein and his new bride — a former showgirl named Carolyn Green — a lavish lifestyle. By his thirtieth birthday in 1912, Rothstein was a millionaire. He also had begun to groom a new generation of business-minded mobsters, among them Luciano and Lansky as well as Jack “Legs” Diamond, Frank Costello, and Dutch Schultz.

The founding father of organized crime soon found himself in a prime position to mediate disputes between New York’s rival gangs, and became an interface between legit businesses and the under-world, earning him a prominent place at the table at Tammany Hall.

But Rothstein’s greatest opportunity would come with the establishment of Prohibition in January 1920.

As Vanity Fair contributing editor Rich Cohen wrote in his 2013 book Tough Jews: Fathers, Sons, and Gangster Dreams, Rothstein was the first to see Prohibition as a means by which to amass enormous wealth. He opened supply lines to Canada via the Hudson River and across the Great Lakes, delivering his booze through a fleet of rumrunners that serviced clients throughout New England.

“[He] understood the truths of early twentieth-century capitalism,” says Cohen, “giving people what they want — and came to dominate them.”

Rothstein would later expand his mood-enhancing offerings to include heroin imported from Europe and cocaine from Latin America.

But all good things must come to an end. And Rothstein’s demise was nearly as dramatic as his meteoric rise.

He died on November 6, 1928, having succumbed to a gunshot wound inflicted two days earlier during a “business meeting” at the Park Central Hotel on Seventh Avenue. He paid the ultimate price for failing to pony up monies lost in a rigged poker game the previous month. During the game, he purportedly lost $320,000 (nearly $5 million in today’s money) during three days of play.

On his deathbed, Rothstein, in true mob fashion, refused to name his killer, according to historian Selwyn Raab, author of Five Families: The Rise, Decline, and Resurgence of America’s Most Powerful Mafia Empires. He responded to police inquiries with “You stick to your trade. I’ll stick to mine.”

Despite his dark dealings, Rothstein was accorded a proper Jewish funeral at Rodeph Sholom, before being buried in Union Field Cemetery on Cypress Avenue on the Brooklyn-Queens border.