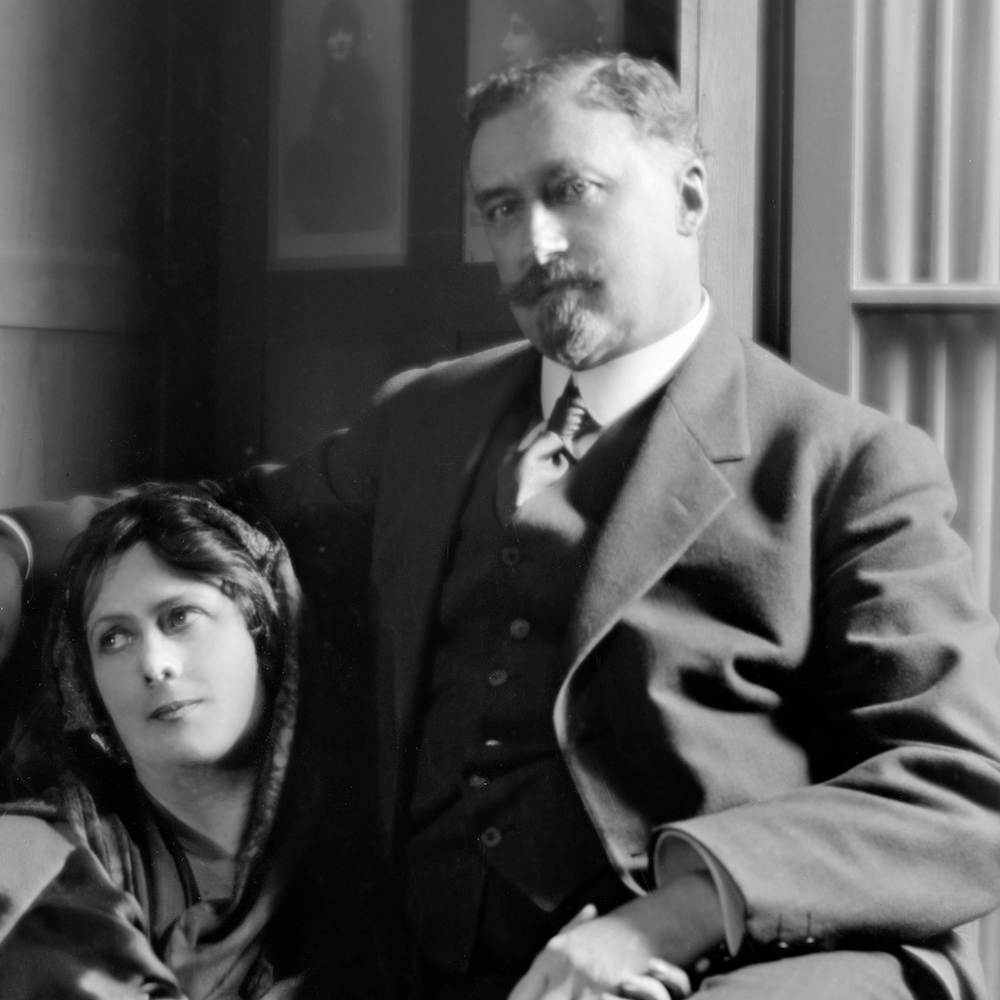 “He was the finest-looking man I ever saw; six feet, three or four, straight as a die, with a fine figure. At this time, he was 50 and looked 40.”

That’s Addison Mizner, the legendary Palm Beach architect, on another of the island’s founding figures, Paris Eugene Singer — whose legacy can be felt in the elegant Everglades Club, which he began building in 1918, and on Singer Island, which is named for him. His life was every bit as colorful as the South Florida community that still celebrates him today.

Singer was the 22nd of 24 children born to Isaac Singer, the sewing machine tycoon. Perhaps after so many children, papa simply ran out of ideas for what to call them — Paris was named after the French city of his birth in 1867. (When his father died eight years later, he divided his $13 million fortune among the 20 surviving heirs — with one particularly unfavored son, who taken his mother’s side during a nasty divorce, getting just $500.)

Paris Singer’s connection to Palm Beach began during a visit when he was 33. By that stage he had already known tragedy: a son he had out of wedlock with the famous dancer Isadora Duncan drowned in 1913 in the Seine at the age of three. (Duncan’s two other children also died young; she
herself perished in 1927 when the long silk scarf she was wearing in an open car became entangled in the wheel and broke her neck.)

“In 1920, he visited Palm Beach and met Addison Mizner,” according to Singer Island’s municipal website. “He agreed to pay the architect a $6,000 a year retainer for life if his work was confined exclusively to the Palm Beach area. With Mizner, he created the Palm Beach we know today with its Spanish architecture, picturesque streets and exclusive shops.”

An early joint venture between the two was the ill-fated Blue Heron hotel, an expensive white elephant that it was imagined would be connected to the mainland via cable cars. But construction was scuttled by the combination of a hurricane in 1926 and the stock market crash in 1929, earning the hotel the nickname “Singer’s Folly,” and leaving an eyesore husk finally torn down in 1940. (The Hilton Hotel occupies the site today.)

For all his enduring fame as an architect, Mizner did not meet much financial success as a real estate developer. His failed development of Boca Raton in 1926 personally bankrupted him and lost plenty of other people money as well. But it was financial entanglement with the building that would become the Everglades Club that ended his friendship with Singer.

“Paris was a strange, silent man, who loved to look on but hard to talk to unless you got him on his own subjects,” Mizner said of his onetime friend. “At this time it was hospital work.”

The Mizner-designed building on Worth Avenue that would become the Everglades Club was originally conceived in 1918 as the Touchstone Convalescent Club, a hospital for afflicted Great War veterans. Mizner described his vision for the building as “something religious — a nunnery, with a chapel… with great cool cloisters and a court of oranges.” Singer had already built three hospitals in France, but when the war ended and no more convalescing troops were to be had, the premises were repurposed as a private club.

“Its high-WASP culture has included Palm Beach’s most storied names: Vanderbilt, Phipps, Dodge, Pillsbury, Hutton and Post (as in E.F. and Marjorie Merriweather), Pulitzer and Sanford,” the Palm Beach Post wrote in 2011, while noting the club’s ignominious reputation of allegedly excluding Black and Jewish members. “The Duke and Duchess of Windsor were guests at the Everglades Club, as was ‘poor little rich girl’ Barbara Hutton, the niece of Marjorie Merriweather Post. Although not members of the club, the Kennedy family attended events there. JFK and Jackie were among the guests at a 1957 Everglades Club ball.”

But all that glittering success was still in the future when, with Singer unable to service his debt, the Everglades Club went into receivership in 1927. His friendship with Mizner crumbled under the financial pressure, and he was arrested the following year on charges of real estate fraud. Although the charges were dismissed, a shamed Singer left the enchanted island, never to return. He lived with his wife and former nurse, Joan Balsh, in Saint-Jean-Cap-Ferrat, France, before dying in London in 1932.

It turns out, you don’t always have Paris.