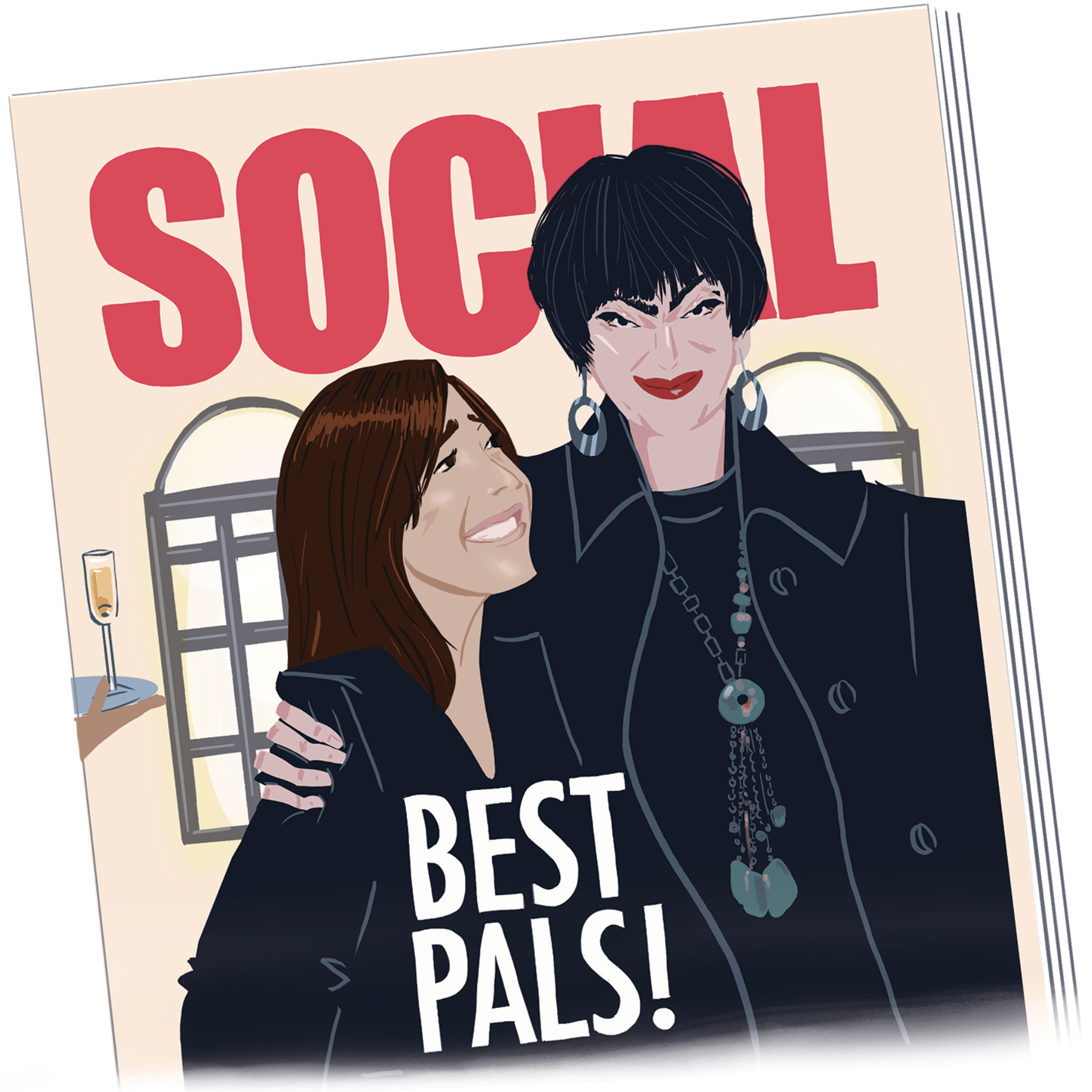 One of My Many Gross Encounters With Ghislaine Maxwell
Feature > Living

One of My Many Gross Encounters With Ghislaine Maxwell

Last year, the writer Christina Oxenberg found herself with a unique perspective on scandal. A second cousin of Prince Andrew (through her mother, Princess Elizabeth of Yugoslavia), and a former acquaintance of both Jeffrey Epstein and his accused procurer, whose trial started in November, she recently released the e-book Trash: Encounters with Ghislaine Maxwell. In this exclusive excerpt, Oxenberg recalls the horror of being caught in a party photograph with the woman who is now a social pariah.

In 2012, while happily living in Key West and needing some income, I reached out to Ghislaine, asking her if the ghostwriting job [for a novel she had previously proposed] was still available. I was probably broke, and I was certainly not thinking about her legal problems. I have an email, otherwise I would not believe it myself.

But she told me no thank you, times had changed, and it was no longer appropriate, or something like that. She said we would get back to it when we were both old and gray. Which conveniently is the case now as I write this unauthorized biography. I hope she likes this.

A few months later, I was up in New York City organizing a book party for a collection of short stories I had written, and someone must have brought me up to speed regarding whether or not to invite her, as I did not consider it. But then I heard from Ghislaine herself. In retrospect, her email looks suspiciously like she was angling for an invitation. Though not invited, she showed up anyway, famously so.

So there I was, seated in the lower level of a tony brownstone on the Upper East Side of Manhattan, presiding over a book presentation, when Ghislaine Maxwell, a large presence, surged in and yelled, “Ox!”

I did not officially invite anyone, as my friend had offered to host the party and insisted she would use her list of well-heeled contacts. I did, however, spread the word casually, mentioning it to people in passing and posting about it on Facebook publicly, as that is where my readers are. And on the night I did in fact meet face-to-face with certain readers I had only known online, which was wonderful fun. I also saw many old friends from my time living and working in New York City since the 1980s.

I was seated at a table near the front door and surrounded by piles of my books. From such a vantage point I could greet whoever arrived, as well as sell and sign my books in relative comfort. A photographer stood near me to capture the lights of the night. Ghislaine Maxwell must have thought herself one of them, because she showed up and dominated the oxygen supply, as is her way.

I had not seen Ghislaine since 1997. In the photos you can see us embracing, which is on account of her leaning over the desk as I half stand up and land in her arms like a bear cub. A simple kiss on the cheek would have sufficed, but that was not enough for Ghislaine the press hog.

She demanded I come out from behind the desk and pose for a shot. The photographer did as she was instructed, and thus these few photos of us together unfortunately exist.

If you look closely at the photograph where I am standing beside her, you will see her claws digging into my upper right shoulder. She was pulling me close to her. Everything was intentional, orchestrated. All she needed was the appearance of closeness with me in this particular photo. A strategy in aid of her reintegration into society; she hoped if people saw others reconnecting with her, then maybe they’d think she wasn’t so bad. But if you look at my face you will see I am not looking at her or smiling at her. And if you look even closer, you can see I have a quizzical look on my face, as if I’m trying to signal, “Can you believe this witch?”

I do not know of anyone in 2013 who remonstrated openly and refused to have their photograph taken with Ghislaine. Of course, we all should have, and the social norms of New York polite society have a lot to answer for. But, things as they were, we would never have declined. What we did do instead was deny her the photograph that she wanted. We were standing beside her, but not looking at her, nor were we showing her any respect; we were both clearly mocking the situation. And that was our way of broadcasting our feelings without saying a word, of signaling a threat without giving the game away. There is no question that by the time I was standing up next to her at her insistence, all that she now represents was forming in my mind, and it showed on my face.