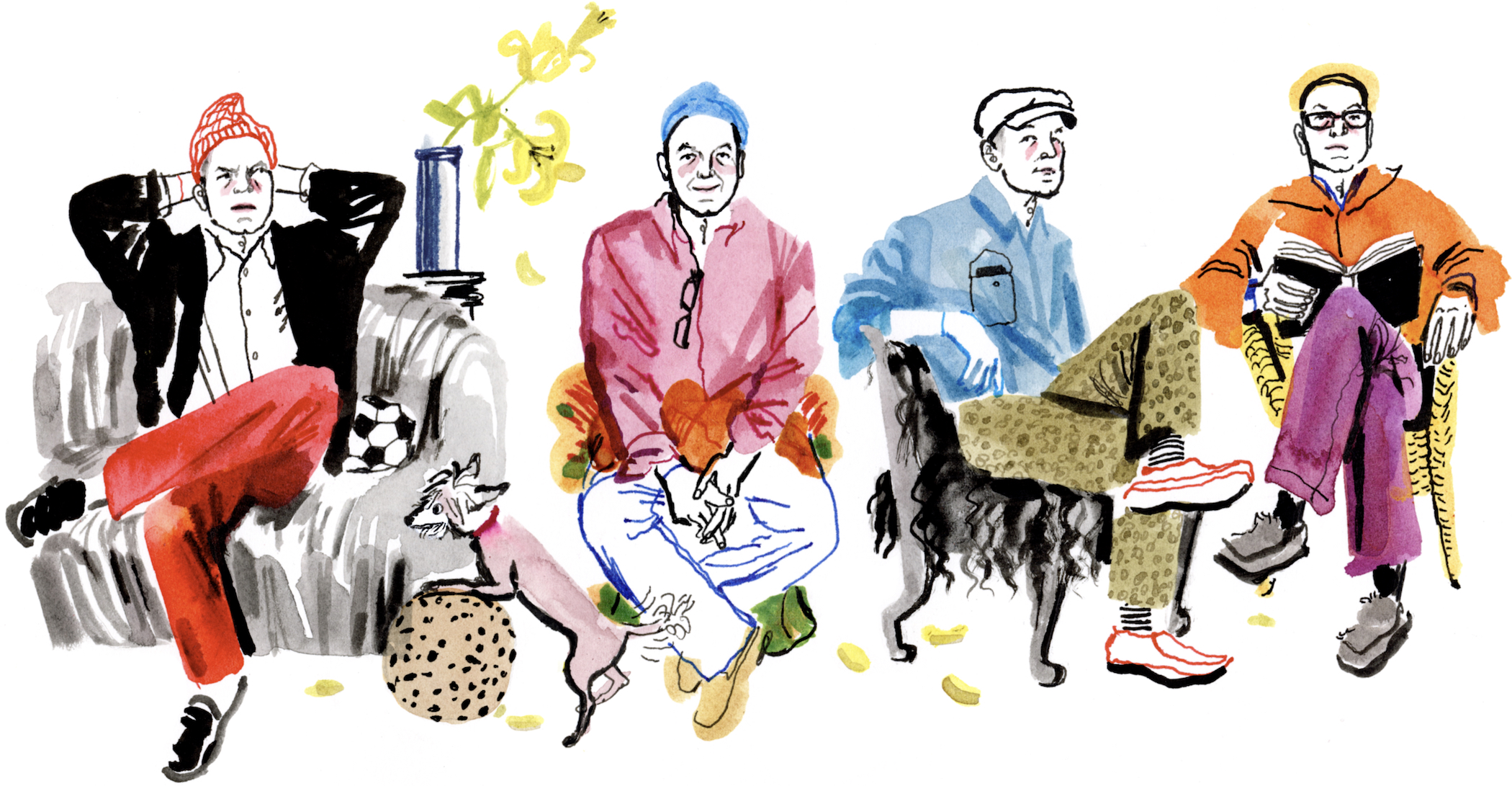 No one is entirely sure what Ricky Clifton does. But for the past 45 years — exactly as long as Avenue has been in existence — this transplant from Fort Worth, Texas, has been a fixture of the New York design, arts, and fashion scenes. He is a Zelig of the culture who has borne witness to a half century of high life in the city, knows everyone, and is the life of every party.

Tall and thin, known for wearing knit caps with every ensemble, and with an accent that could perhaps be called Lone Star Mid-Atlantic, Clifton is technically an interior decorator. His daring 2010 renovation of artists John Currin and Rachel Feinstein’s SoHo loft — a makeover inspired in part by the homes of third-world dictators and the London members-only club Annabel’s — is still talked about in tastemaker circles. An occasional furniture designer, whose namesake side chair is canonical enough to warrant entry in design dictionaries, he has also been a confidant of Andy Warhol (he once photographed the artist’s two dachshunds dressed as the pope and Jacques Cousteau), a flower arranger for Jacqueline Onassis, a framer to Jean-Michel Basquiat, a cabdriver whose celebrity pick-ups included Philip Johnson and Ginger Rogers, and a hunter-gatherer of designer furniture pieces for the bon ton.

“Ricky is a person who shows up unexpectedly and brings you odd, beautiful pieces that you don’t think you need, but end up becoming your favorites,” Diane von Furstenberg, whose office features animal-print planters that Clifton found for her, once said. “He has an amazing eye and impeccable taste.”

No wonder people are confused. Even Clifton himself has trouble describing his line of work, admitting that when he is desperate for an apt descriptor he has been known to compare himself to Cuban-American artist Jorge Pardo, whose work explores the intersection of various disciplines. “I ask them if they know him,” he told Avenue. “It’s just easier.”

Clifton was speaking from the Chelsea home of artists Helen and Brice Marden, where he has been crashing since the beginning of the pandemic while they hunkered down upstate and his Gramercy apartment was being repaired. As ever, his conversation was on his own terms and ricocheted wildly, from the billionaire space race to the Gucci supremacy and some largely forgotten talents, such as the illustrator Joe Eula and the pioneering florist and horticulturist Tony DiPace. “He is the reason we have orchids at Kmart now,” he assured me, before dovetailing into a discussion of Jackie O’s pewter collection.

What would the cast of characters he has known over the years make of New York today? “They would probably recoil,” he lamented. “It’s all gotten so mindless and gross. Everything is commodified — it’s basically one big mall after another until you hit the Pacific Ocean.”

Not that he has time to fixate on the city’s decline. He has three renovation projects on the same street in the West Village (“papa bear, mama bear and baby bear jobs,” as he calls them); an auction of his curios and collectibles in Hudson in the fall; and a series of printed portraits to complete that bring to mind the square format of Instagram. In addition, he has resumed work on a coffee-table book (he would prefer a hybrid of a scrapbook and the Cecil Beaton Diaries) that tries to make sense of his life. Besides, says the man who was once thrown out of Halston’s apartment after being caught going through the designer’s closet, “I learned a long time ago to just do your thing and mind your own business.”