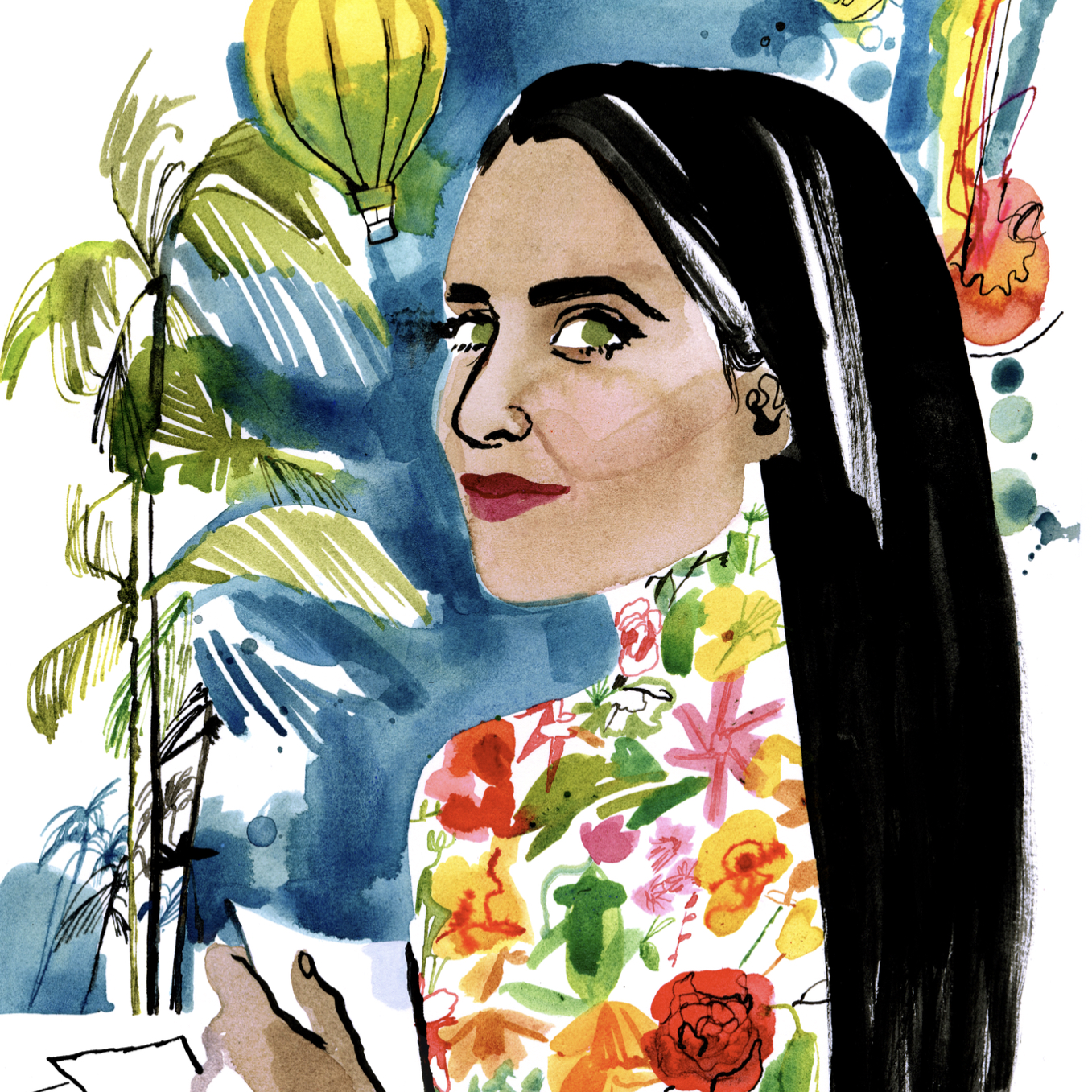 On a cool day earlier this year, not long after the lifting of restrictions on social gatherings, the British-Pakistani tech founder Ruzwana Bashir was wearing a pair of monogrammed silk pajamas to relax in a Howard Street triplex apartment.

A mutual friend of ours was hosting a small group for a sound bath and cacao ceremony, involving some 30 shamanic instruments. After having our auras rocked, we gathered around the fireplace on custom Hästens pillows and chatted about the peculiarities of American dating, and “what percentage asshole” the mostly techie crowd considered ourselves. (Bashir played judge: I came in at a healthy New York 27%.)

For a tech titan with her outsize reputation, Bashir is smaller than one might anticipate, with striking green eyes, and always impeccably dressed. In conversation she can be winningly cheeky, drops the occasional swear word, and is fond of calling confidants “my dear.” But she does not rush to mention that her company, the booking software platform Peek, is anticipated to hit a billion-dollar valuation. In fact, asked what she does on first meeting, she simply says: “I work at a travel company.”

In January 2020, Bashir was tipped to be the first female chief executive of what Forbes referred to as a “travel unicorn.” By March, however, Covid had effectively shut down New York City. Her normally bustling neighborhood, SoHo, was boarded up and devoid of tourists, a sour reminder of the travel sector’s nearly $4.5 trillion hit. By April 2020, Forbes reported Peek had zero dollars in new bookings — a stark comedown from the billion dollars’ worth of experiences booked through the platform the year before.

“I think operationally I had a lot of clarity, but the emotional strain of affecting others is what really took a toll,” she says now, in her chic, white apartment. After all, as CEO, she had not just herself to worry about, but also her vendors, employees, and investors. And suddenly the future of the travel industry looked decidedly uncertain.

Bashir, 38, has an inspirational life story that — paging Shonda Rhimes — could anchor a Netflix series. The daughter of Pakistani immigrants to Britain, she earned a place at Oxford, chopped off her hair, bought jeans, became president of the Oxford Union, a Fulbright scholar, and a member of the Harvard Business School class of 2011. After struggling to easily plan activities before a birthday trip to Istanbul, she decided to build a company to solve the problem. Peek was born in 2012, and quickly raised $50 million, as well as the support of Twitter’s Jack Dorsey and Google chairman Eric Schmidt, among others.

During the throes of Covid, not only did hundreds of Peek employees look toward Bashir and cofounder Oskar Bruening, but also, as she notes, “We knew as a company that thousands of businesses relied on us, so we needed to make sure we could make it through.” Surviving required both organizational and emotional restructuring. They worked to get their vendors PPP loans, created Covid-friendly check-in protocols, and unfortunately were obliged to downsize their own workforce. The business pivoted to more local activities. Suddenly, Bashir says, “People actually wanted to know what was happening in their backyards.” And it worked.

Today, Peek is back on track to achieve unicorn valuation, and Bashir has become a face of travel industry resilience. And with total venture funding allocated to women-of-color-led start-ups hovering around a minuscule 0.006%, Bashir’s success is symbolic beyond just her own company. She recalls how she didn’t “fit the mold that people were expecting and was more of an outsider” and that “traditional investors didn’t love a protagonist like me.” Being neither a nerdy dorm-room coder nor an overprivileged “girl-boss,” she didn’t seem to fit any existing archetype. So while other hyper-visible CEOs drowned in their own splendor, taking their companies down with them (ahem, Adam Neumann and Elizabeth Holmes), Bashir tried to model a new kind of female founder.

Because, as she says, “I am aware of the danger of a CEO coming to summarize their own company.