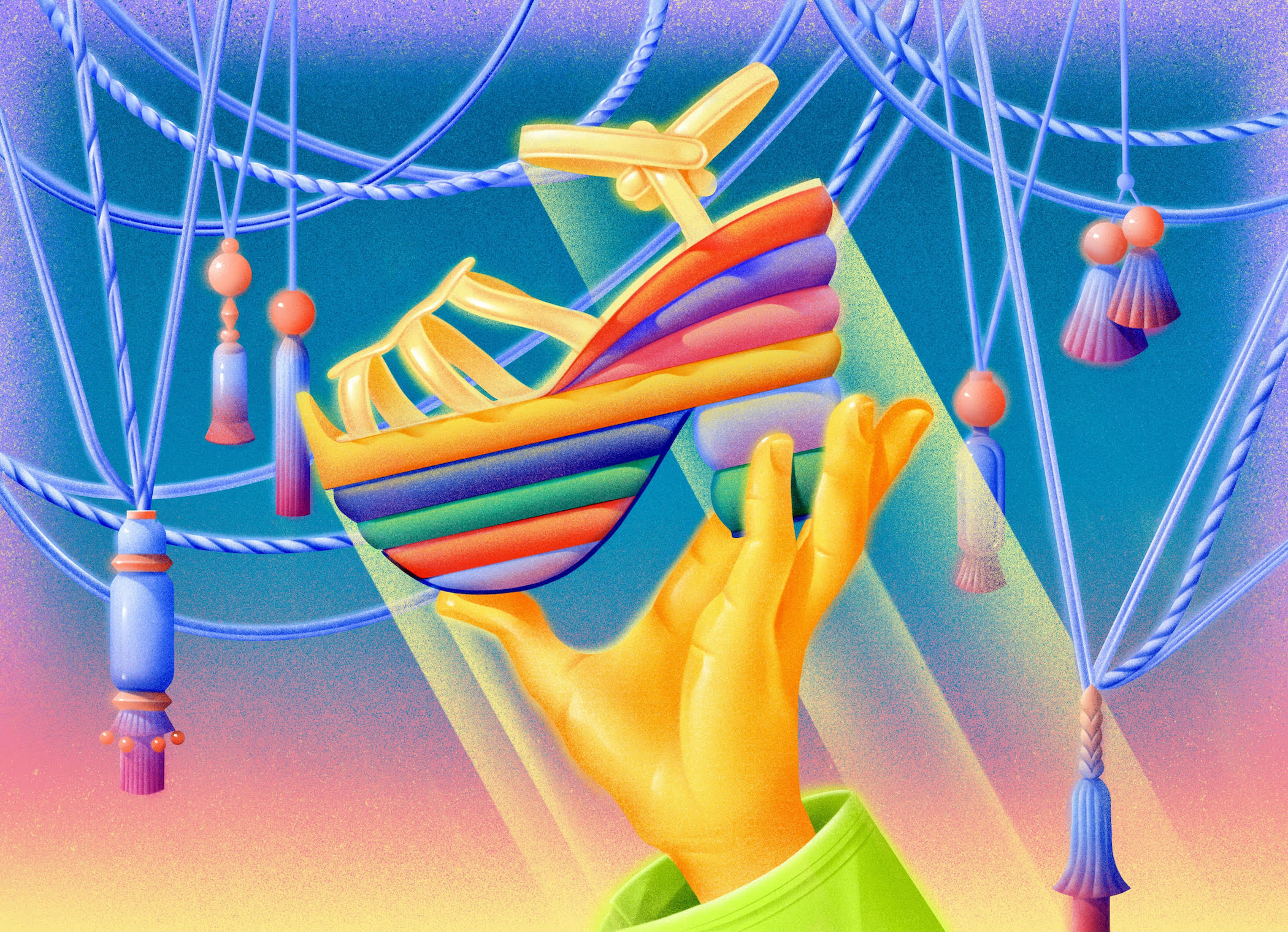 Heart and sole
By Horacio Silva
Illustration by Wenjing Yang

The Salvatore Ferragamo story is well-worn. Shoe-obsessed kid from provincial Italy makes his first pair for sister’s holy communion at age 9, moves to Naples at 12 to learn his craft, and eventually to the budding capital of dreams that was California in the early 20th century, becoming as famous as his clients.

Salvatore Ferragamo: Shoemaker of Dreams, a new documentary about the designer directed by Luca Guadagnino (Call Me By Your Name, I Am Love) and based on the 1955 autobiography of the same, certainly covers familiar ground — the passage to America, the birth of Hollywood, his late-night spaghetti feasts with Hollywood stars Greta Garbo and Rudolph Valentino, and his eventual return to Italy to establish headquarters in Florence. In interviews with talking heads, including Manolo Blahnik, Christian Louboutin, and Martin Scorsese, and drawing on rare archival footage, Guadagnino manages to shine new light on a familiar if uncompromising fashion trailblazer.

“Salvatore was a visionaire, someone ahead of his time who somehow exuded a sense of individuality and uniqueness,” says Guadagnino. “Ferragamo’s work might not necessarily fall into what is perceived as fashion nowadays, but he was an artisan who understood how to make something essential while at the same time create an object that stood out as beautiful and provocative.

“Salvatore contributed so strongly to the birth of Hollywood — he was integral to it,” he continues. “He was part of that process of creating that dream, of creating the image of the stars. And beyond the actual creation of the shoes for them, he was alongside them for the birth of that dream.”

Not that Guadagnino misses an opportunity to linger on the scene-stealing creations. The many loving close-ups of Ferragamos, particularly in the Busby Berkeley–esque short film by stop-motion animator PES at the documentary’s end, sometimes bring to mind the 12,000 sandals he created for Cecil B. DeMille’s 1923 production of The Ten Commandments, or an elevated brand video (no surprise, since Guadagnino created arty short films for luxury house Fendi before becoming an international art house darling.)

And while Shoemaker of Dreams is no The Last Emperor, the Matt Tyrnauer–directed documentary that revealed an endearingly human side to designer Valentino, the focus here is not on the brittle façade of success but on the unrivaled craftsmanship of the master who created dreams for himself and others from the ground up.

As Cecil B. DeMille said of the cowboy boots that Ferragamo made for studio westerns, “The West would have been conquered earlier if we’d had boots like these.”