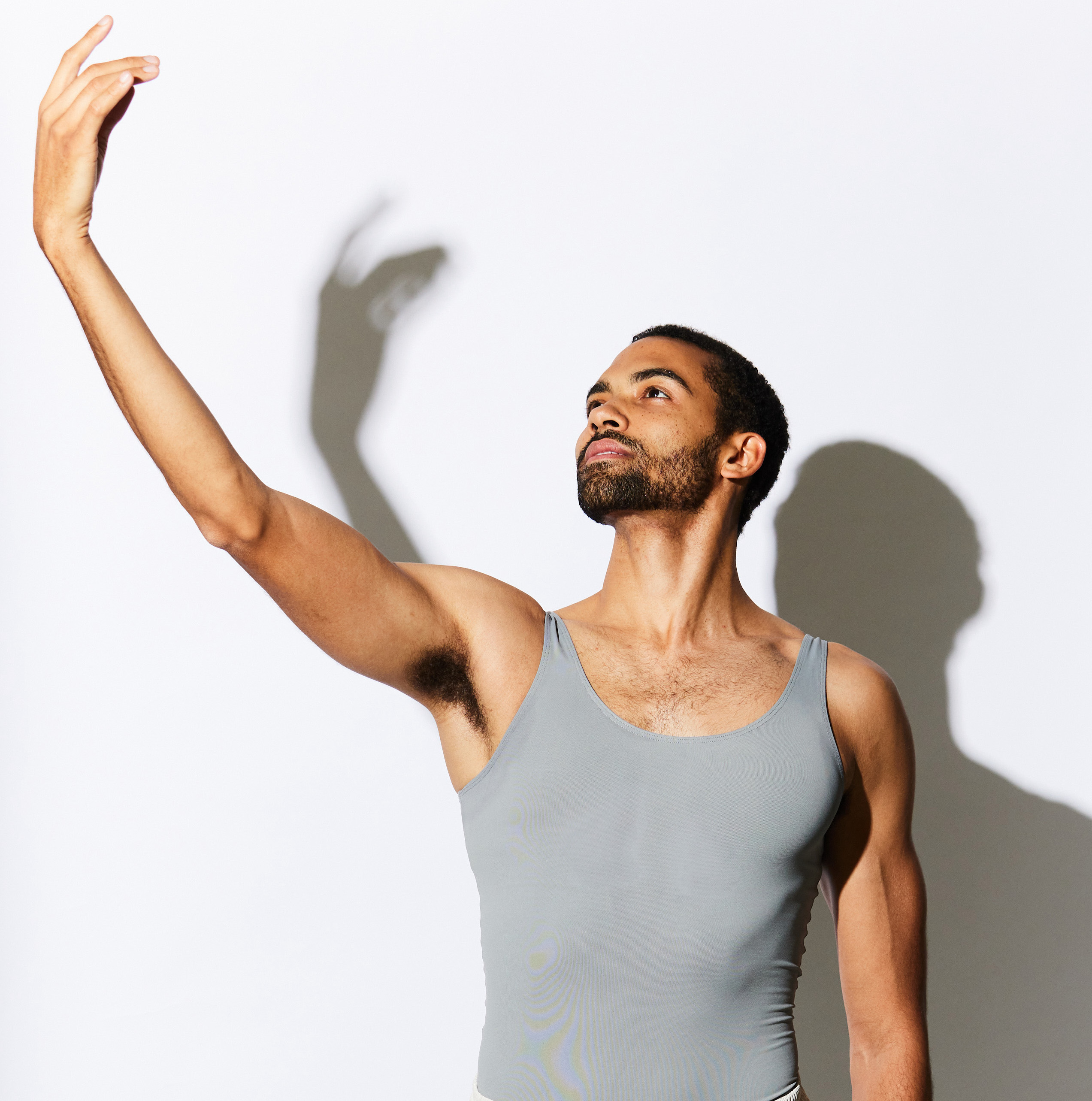 Silas Farley Returns to the NYCB — But Not to Dance
Culture

Silas Farley Returns to the NYCB — But Not to Dance

Silas encore
By Constance C.R. White
Photography by Matt Sayles
TRIP THE LIGHT FANTASTIC Silas Farley photographed on the campus of the Colburn School in Los Angeles, where he heads the dance program

Silas Farley leans back in his chair, the delight evident on his smiling face as he warms to his subject: Igor Stravinsky. The Russian composer is the reason that Farley, who electrified audiences for seven years as a member of the New York City Ballet corps de ballet before his surprising exit in 2020, is about to touch down in the city for the first time in two years. And a lot has changed in the world of dance since. The 28-year-old comes back not as he left, but as a choreographer (and father to baby Asa, who’s listened to plenty of Stravinsky already), invited to create the only world premiere piece for the 50th anniversary in May of the NYCB’s extraordinary 1972 Stravinsky Festival.

Farley, who has created a 26-minute ballet for the occasion, selected 16 NYCB dancers, “eight ladies and eight gentlemen,” with varying degrees of experience, status, and body shapes. “I wanted to show the depth of the company,” he explains from his office at the world-renowned Colburn School in Los Angeles, where he now heads the dance program. Tall (he’s 6’6″) and animated, with a short Afro and ready smile, he looks every bit the bohemian California artiste, complete with a Covid beard and collarless white shirt. Visible on the wall behind is a framed newspaper clipping of Farley as a 10-year-old studying with the legendary choreographer Alonzo King.

The score of Farley’s new piece is by composer and writer David K. Israel and is based on compositional notes exchanged between Stravinsky and the iconic choreographer and cofounder of NYCB, George Balanchine. Together, they formed one of the all-time great composer-choreographer collaborations, achieving Brady-Belichick levels of mutuality and success. “For Stravinsky and Balanchine to be in this living relationship, it’s supercool,” Farley says with a smile.

This particular exchange, he explains, began with a melody Balanchine wrote to his friend and colleague for his 64th birthday. Israel found the manuscripts, and from these wisps of friendship and creativity began to create a full orchestral piece. Farley’s wife, the dancer Cassia Farley, designed the costumes of reds and gold in simple leotards, for a classic Balanchine look. “That relationship of the movement and the music that runs through all of Balanchine’s choreography,” Farley says, “is perhaps clearest in his work set to the music of Stravinsky.”

For Farley, dance has been a lifelong passion: he fell in love at age 6 with ballet while living in North Carolina. “A dance company from Mississippi came and performed at our church. Up to that point I had seen worship dance but had never seen ballet,” he says. “I think it was the power and poetry of the men that impressed me.”

The youngest of seven children, Farley was born into a family where everyone did praise dance and everyone participated in sports. His brother Matthias is a National Football League defensive back. His mother, who is Black, and his father, who is white, were unequivocal in their support of his dance ambitions.

Mercifully, he was spared the all-too-common racial or gender barriers that sometimes come with being an African American or a Black male pursuing ballet. “I wasn’t exposed to that,” says Farley. “I had four older brothers and that may have insulated me.”

“And,” he continues, “I didn’t give people a chance to reject me. I would walk into the weights room and say, ‘Okay, let me show you how to do pliés.’ I was sharing,” he adds, laughing.

Since childhood, an unseen hand has pulled him toward “sharing” and choreography. He began his training at the age of 7 at the King David Christian Conservatory in Charlotte, North Carolina, and took his first choreography workshop at just 11 while at the North Carolina Dance Theater School of Dance. And besides talent, he had no end of hot connections. It was through NYCB’s formidable network that he and Colburn found each other.

His teachers at NCDT (now called the Charlotte Ballet) included the celebrated ballerina Patricia McBride, who danced with NYCB for almost 30 years, and her husband, the French dancer Jean-Pierre Bonnefoux. Farley dreamed of dancing at NYCB, and at 14, with the couple’s and others’ encouragement, he was accepted at the School of American Ballet. He lived in the academy’s dorms on the Lincoln Center’s campus and attended the Professional Children’s School for his academics.

At the age of 18, Farley was faced with a pivotal choice. Admitted to Harvard, he was also waiting to hear whether he would be invited to join NYCB. He chose to forgo Harvard on the gamble he’d make the company. “I could always go back to school later,” he reasoned. His faith paid off.

Soon Farley’s long limbs and impeccable technique vaulted him to the top of his game. He was taking principal roles in the works of Balanchine and Christopher Wheeldon, and originating roles in ballets by Lauren Lovette and Justin Peck. But even then Farley’s ambitions were broader in scope. He left in 2020 to pursue his passion for education and choreography. “I always felt a sense of calling for being an educator,” he says, explaining why he left. “It’s such a joy to have retired as a young man and to be able to illustrate and demonstrate, working with students.”

A year later, he was appointed dean of the Trudl Zipper Dance Institute at the Colburn School, LA’s world-renowned school for music and dance, as well as an Amplify Artist. Alongside his leadership positions at the Colburn, he is also an alumnus trustee of the Professional Children’s School, serves on the board of the George Balanchine Foundation, and continues to host his popular NYCB podcast, “Hear the Dance.” Despite his busy schedule, when NYCB approached him about choreographing the Stravinsky-driven piece for the May festival, he was ready.

Farley is well aware that his visit symbolizes not only New York’s return to its rites of a post-pandemic spring, but a dance world finally creeping toward long-overdue equity and diversity. His past and present roles with NYCB make him emblematic of transformative changes underway in dance — changes that challenge and that could finally cause to crumble the confining walls of homogeneity, most vivid in its upper echelons. He ticks off recent major developments in dance land: “Janet Rollé, Aesha Ash, the Dance Theater of Harlem receiving that incredible grant for $4 million.”

Part of Farley’s mission is to increase representation of black instructors and students at Colburn. “We have great donors at the school, and they want to see artists of color as teachers and mentors,” he explains, as well as young students of color. He’s already begun working with King and his Alonzo King LINES Ballet company, based in San Francisco, and the Colburn School has just received a $1 million donation to establish a scholarship fund for young male dancers from underrepresented communities. In Farley’s view, “There’s an opportunity to raise up an ever-growing group of artists of color.”

But will the world ever see Silas Farley dance again? (After all, Brady’s come back from retirement too.) We will not, he says. As he sees it, when teaching, he’s living his purpose. “I want students to be able to enter into this art form. You have to teach them how to embody the art form.”

“I think ballet can be a social good,” he continues. “It’s emotional. It’s rigorous. It’s disciplined, it’s collaborative, and at its essence it’s the pursuit of beauty, which is always a noble and ennobling enterprise.” The history and the relationships he’s made through NYCB will buoy him forward and help shape him into one of ballet’s new leaders, he believes. There is no going back.

Architects of Time, with choreography by Silas Farley and music by David K. Israel, premieres at the 2022 Stravinsky Festival on Thursday May 5, 2022