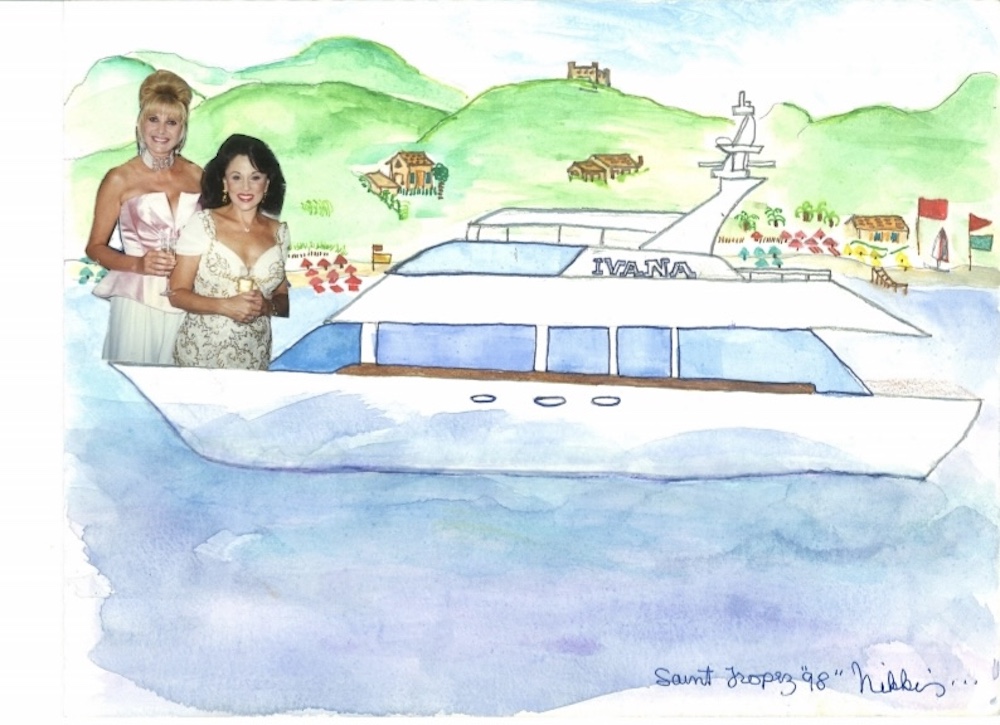 In one sense, it’s a wonder it has taken this long.

Nikki Haskell, the bi-coastal social known (among many other things) for her eponymous ‘80s nightlife program on New York cable access television; a decades-long run as a diet pill queen, with a billboard of her svelte self on Sunset Boulevard; and as a close friend of Ivana Trump and Clive Davis, has gotten into the NFT game.

“Everyone’s doing it, so I thought why not me,” she told Avenue.

On offer are NFTs of her watercolor work, many completed while on vacation with Trump, Davis and other stars, in a series called “Ports of Call.” Hers’s the view from her cabin on Ivana’s yacht of Capri or San Tropez; there’s the vista she enjoyed while in Hawaii or Miami with Clive — that sort of thing.

Ben Weiss is the 22-year-old whiz helping offer the series on Rarible, a popular NFT digital marketplace. He says for the price, you will get a piece of digital art, as well as a signed limited edition physical print of the watercolor, and maybe also extras like the chance to FaceTime with Nikki.

His pitch to potential customers?

“They’re buying a digital collectible,” says Weiss with scarcely controlled excitement. “It appreciates and grows in value, just like a stock.”

The NFTs start at 0.25 Ethereum (currently about $740), so you’ll need a crypto wallet if you want to start buying. Go get ’em!