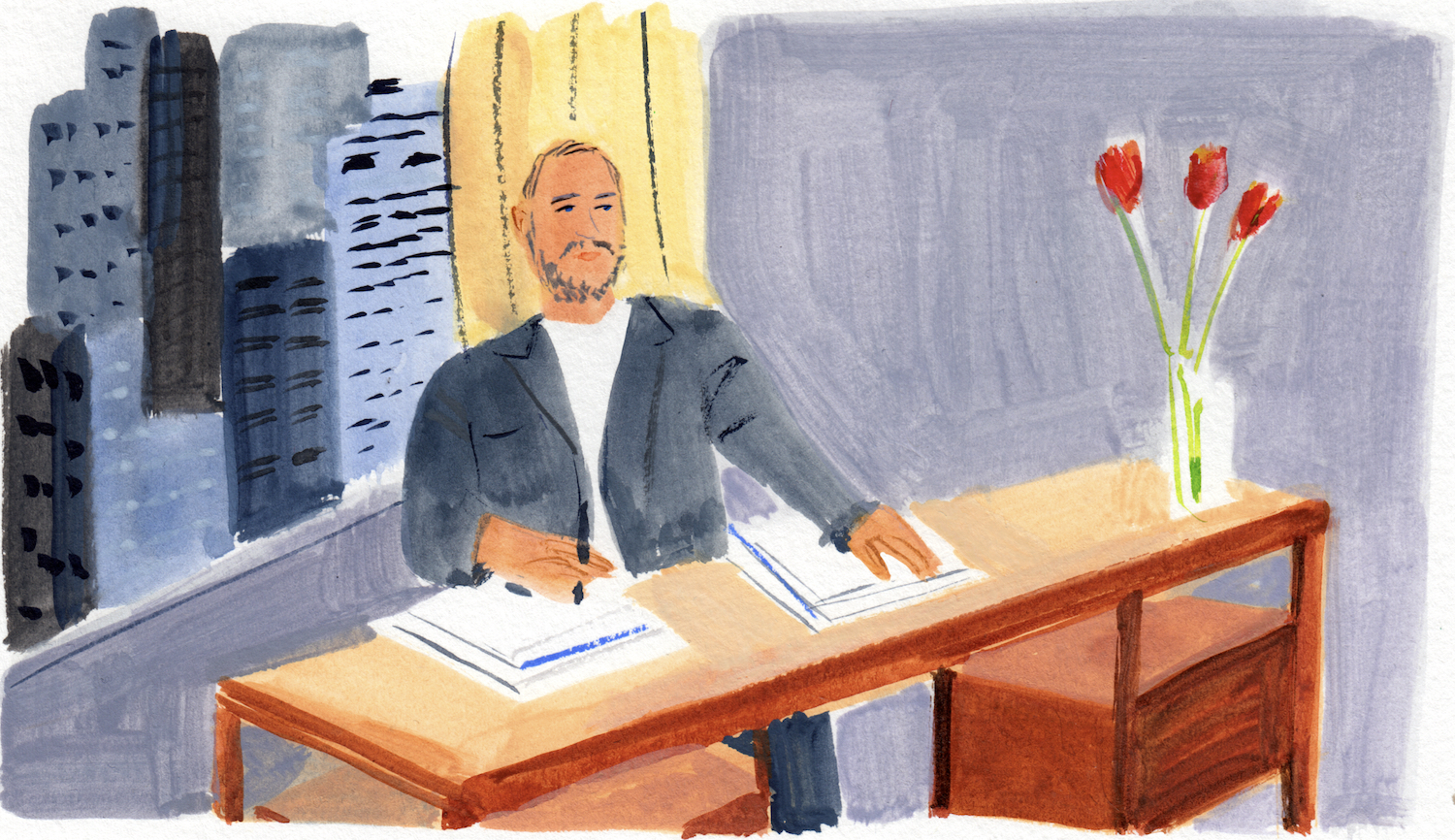 A few years ago, the award-winning architect William Sofield met with two young real estate developers at the old Temple Bar to discuss a new luxury tower they wanted to build on the Upper East Side.

“It all started very polite and civilized,” recalls Sofield, who is known as much for his sumptuous haute-monde homes and luxury skyscrapers as his sexy retail designs for Gucci and Tom Ford. “But what’s the Dorothy Parker line? ‘I like to have a martini, two at the very most. After three I’m under the table, after four I’m under my host.’ Well, the evening kind of took that trajectory.”

Thanks to his hardy liver and powers of persuasion, Sofield came away with not one but two ground-up commissions: Beckford House and Tower, sister residential buildings at 301 East 81st and East 80th Streets respectively. “The folks,” he says, referring to the clients, “also own the brownstones in between, which were very derelict, so I ended up with the street.”

The magnificent results, which are being completed with the opening of the tower this spring, bring to mind Berenice Abbott’s photographs of Manhattan between the wars — all classic masonry and intricate ironwork.

The prewar-inspired streetscape that Sofield has created suggests a Germantown of the imagination, the days when the local elite would meet at joints like Elaine’s, but the interiors are any-thing but neighborhood modest.

At Beckford Tower, the larger of the two buildings at 31 stories tall, residents enter through a double-height vestibule, and amenities include a grand reception room and a 65-foot indoor swimming pool with not a tile in sight. “It’s limestone all around,” Sofield says. “It has draperies and it’s wood paneled. It’s really an interior ballroom that happens to be a swimming pool.”

As befits one of the city’s hottest new addresses, in addition to the surfeit of classical detailing for which Sofield is known, the 104 apartments and six penthouses in the two buildings feature enough bells and whistles (such as a four-pipe HVAC system and zoned climate control) to keep the mondo condo set more than happy. Squint and you might even catch a bit of odd designer imperfection. “Not everything has to be symmetrical,” Sofield admits. “I love a bit of ugly.”