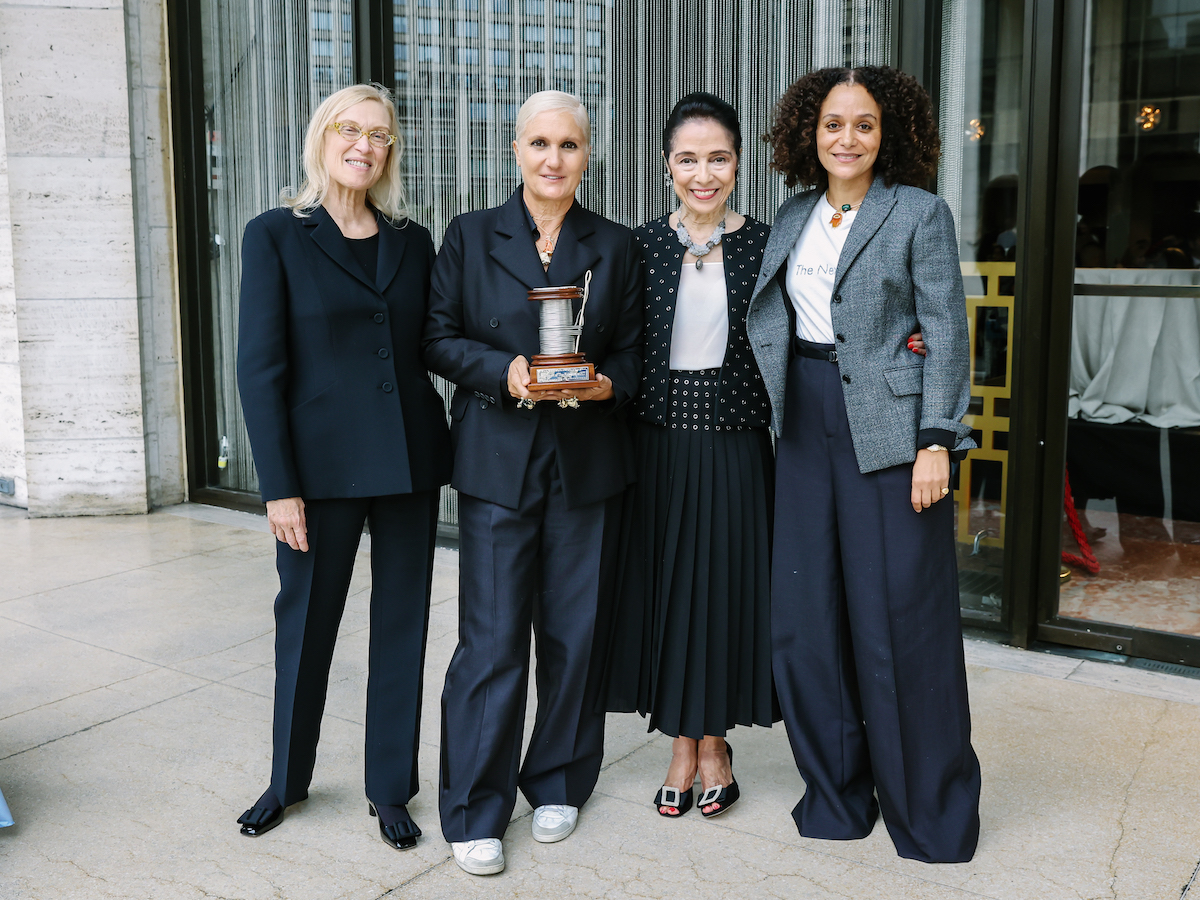 No amount of gloomy weather could dampen the start of New York Fashion Week — especially in the presence of a couturier. On Wednesday, The Museum at FIT hosted its annual Couture Council Luncheon, this year honoring Maria Grazia Chiuri for her work at Dior.

The event returned to Lincoln Center for the first time since the pandemic began (last year’s luncheon was held at Cipriani South Street). Despite the chill, guests still made the most of the the terrace at the David H. Koch theater, grabbing a quick drink before lunch started.

“It’s fabulous to be back,” said Dr. Valerie Steele, director of the Fashion Institute of Technology. “Maria Grazia Chiuri had graciously accepted to get the award several years ago and then that was just put on hold because of all of the crazy chaos.”

Arguably, Chiuri’s graciousness held through this year as well. The designer — who presented her latest couture collection for Dior in July — is still hard at work on her upcoming ready-to-wear collection for the house, which will be presented later this month in Paris.

“It’s super crazy, especially with COVID because it was much more difficult to travel and fly,” she tells Avenue of her schedule. “But for me FIT is an important institute, so it was a dream to accept this prize and I wanted to be here.”

Harper’s Bazaar editor-in-chief Samira Nasr presented Chiuri with the award between courses of crab-stuffed avocado and chicken paillard, both women reflecting on the powerful creativity and artistry that can be conveyed through clothing.

“It’s a question of subjectivity — trying to think in terms of how the clothes feel and how they make you feel, as well as how they make you look,” Steele says of what sets Chiuri apart from her male counterparts. “She’s been very conscious of that. And the fact that she’s been working with so many women photographers, women artists, trying in many ways to bring out a female-centric perspective to fashion.”

The female perspective has been central to Chiuri’s vision for the label since her debut collection in 2016, which memorably featured a t-shirt that read “We Should All Be Feminists,” a reference to the work of Chimamanda Ngozi Adichie. But it’s a perspective she holds dear enough to make smaller, personal references to — such as the delicate pendant she wore to the lunch, that at first glance could be mistaken for the Superman logo.

“No, ‘super mother,'” she corrects. “I received this symbol from my daughter and it’s something that I really like because it’s a souvenir of our relationship. All women in some way are super women… and I think we have to support each other.”

See more photos from the event, below: