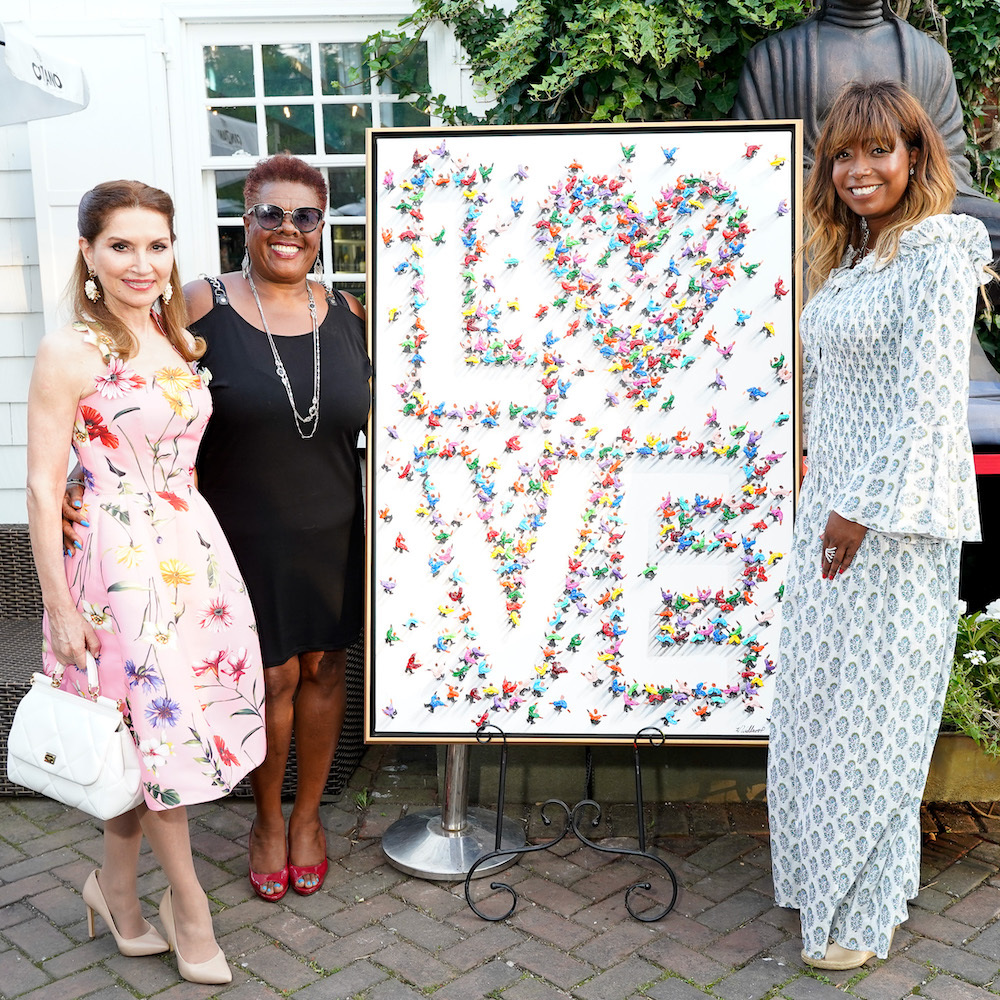 Locals celebrate a new cultural addition to the village
By Celia McGee
ALL YOU NEED IS LOVE Jean Shafiroff, Brenda Simmons, and Aisha Christian
Photo by Jared Siskin/PMC

Aisha Christian and Jean Shafiroff  greeted early arrivals in the garden of Blu Mar Southampton including Susan Davenport Austin, now Chief Financial Officer of the Grace Church School, and her husband, Wallace Foundation Corporate Counsel Kenneth W. Austin, who reminisced about his family’s multi-generational history in East Hampton. Visiting them were Austin’s parents, Sheridan Broadcasting founders Judith and Ron Davenport, who recently sold their house on Martha’s Vineyard where they hosted one of the earliest fundraisers for young presidential candidate Barack Obama.

A museum tour preceding the benefit was led by executive director and co-founder Brenda Simmons. On the lower level was a show of selected works from Peter Marino’s formidable collection of African American art.

In her remarks, Simmons recounted the story of Southampton whaler Pyrrhus Concer, born a slave in 1814, and in 1845 on board the Manhattan, the first American ship granted entry into Tokyo Bay. At his death Concer left the bulk of his estate to Job Lane’s First Presbyterian Church for an education fund. Recently, as she gave a talk about Concer, a hand went up. It belonged to a current church member. “She wanted to tell me,” Simmons said, “that to this day it still exists.”