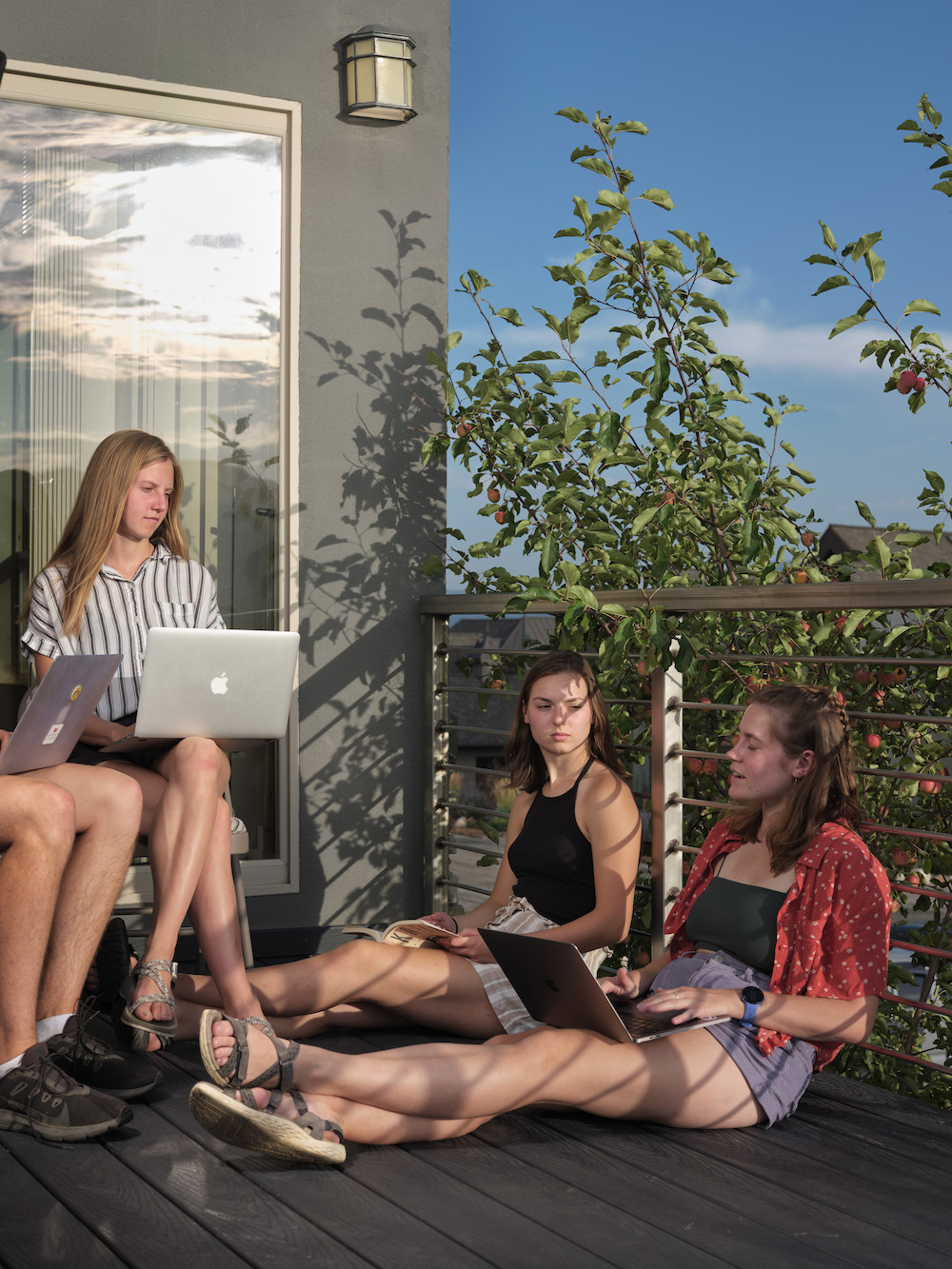 Unable to attend elite colleges in person, thousands of wealthy students are renting group houses to serve as private dorms while they study remotely. What could possibly go wrong?
By Brandon Presser
WISH U WERE HERE: A photo-illustration of Winthrop House at Harvard, where the fall semester is fully remote
Photo of Winthrop House by Panoramic Images/Alamy; Caution tape by Istock/Batareykin (edited)

The most important moment of a Harvard student’s undergraduate career happens in March of their first year. Housing Day is when freshmen receive a hand-delivered envelope containing the name of their house — the dormitory they’ll call home for the next three years of college.

Traditionally, Harvard’s houses — named for a coterie of Boston Brahmin families — have been an inextricable part of each student’s on-campus identity. They sleep there, eat there, and compete against other houses in a variety of tournaments. Think: Hogwarts students being sorted into Slytherin or Gryffindor, except by an opaque lottery system instead of a magical hat.

At the beginning of the Fall 2020 semester, however, most students didn’t move into any of the 12 upperclassmen dorms as usual. Instead, new and unfamiliar houses were added to the storied nomenclature: Beach House, Mountain House, and even Farm House.

When the country’s elite universities restricted the return of students at the beginning of the scholastic year due to Covid, thousands of wealthy teenagers sought to re-create campus life on their own terms (paid for by their parents), renting houses on the beach, in ski towns, and around big cities. Just because their classes were going virtual didn’t mean they had to give up their keggers.

“After much Airbnb searching and a great many spreadsheets, we decided to live in an off-season resort outside Durango, Colorado,” says Erik Boesen, a rising sophomore at Yale. Hiking, fishing, and après-ski gatherings have now become just as commonplace as their homework.

“While it’s impossible to fully re-create a college experience, this living situation has allowed us to grow in ways that we couldn’t have at Yale,” Boesen notes. “So far it’s come out great.”

For many, however, relegating classes to Zoom has put the value of a quarter-million-dollar bachelor’s degree into question.

“Right now I’m paying full-blown tuition for two children,” says Cheryl Smith, a senior vice president at Merrill Lynch. When news of campus closures were confirmed over the summer, neither of her children — a rising freshman and rising senior — wanted to take time off.

“My daughter is living with five girls; they’re online learning together, trying to create their college vibe,” Smith says; she’s found an apartment for her son in Manhattan, who had expected to start university at Parsons this fall. “I want him to get the New York feel: they’ve been having small group parties on rooftops — it’s great exposure.”

Smith, like many of her friends with kids in university, is less concerned about the potential for off-campus housing to devolve into unsupervised fraternities, and more focused on the networking opportunities that on-campus learning inherently affords.

“They did the Covid quarantining — stuck at home — it’s time for them to be with their peers,” Smith adds. “This is really about social skills and socialization; I’m paying [more than $100,000] so my children can have an experience.”

While students and parents are grappling with re-creating college communities away from campus, the Silicon Valley buzzards have begun to swoop in on the educational components of distance learning. Just as major tech brands like Amazon and Apple have reshaped the entertainment industry over the past decade, digital platforms could profoundly disrupt academia as well.

Both companies have trillions of dollars at their disposal — exponentially more than Harvard’s $40.9 billion endowment (the largest of any higher learning institution) — to recruit the best minds across every discipline, like they did with Hollywood’s top producers, directors, and actors.

Before you write off the notion of, say, an Amazon University as dystopian fantasy, there is a precedent. Several colleges with cachet, like Carnegie Mellon and Vanderbilt, were built by the biggest brands that defined America’s Industrial Revolution only a hundred-plus years ago. (Fun fact: If steel baron Andrew Carnegie’s fortune were adjusted for inflation, he’d be worth twice as much as Jeff Bezos today.)

Although there are currently a handful of standout virtual education platforms, “the offering still isn’t as good as online learning should be, which tarnishes its brand,” notes Michael Horn, the cofounder of the Clayton Christensen Institute for Disruptive Innovation and author of Choosing College. Horn is keen for our new reliance on digital classrooms to remain: “The longer this persists, the more the experience should open people’s minds to alternative ways of creating tremendous learning opportunities.”

Horn has watched as elite institutions bolster their offerings, “but students are now looking for alternative ways of learning that are less costly; it’s possible to have a selective institution that is affordable and creates an incredible [online] experience.”

There’s a reason many institutions glamorize their study-abroad programs: it opens up space in the dorms for more students — and their fees. Now, without brick-and-mortar constraints, an Ivy League school could easily take twice the number of incoming frosh — doubling both its revenue and the connections its student body will have with the next generation of elite.

Even if none of them have ever met in person.

Mugrabi Divorce Settled: "She Asked for $100 Million"
Recommended for You
Family
The Gated Family in the Age of Coronavirus
Family
When Dynasties Divide
Family
Leading NYC Fertility Specialist Sees Interest Spike Amid Covid